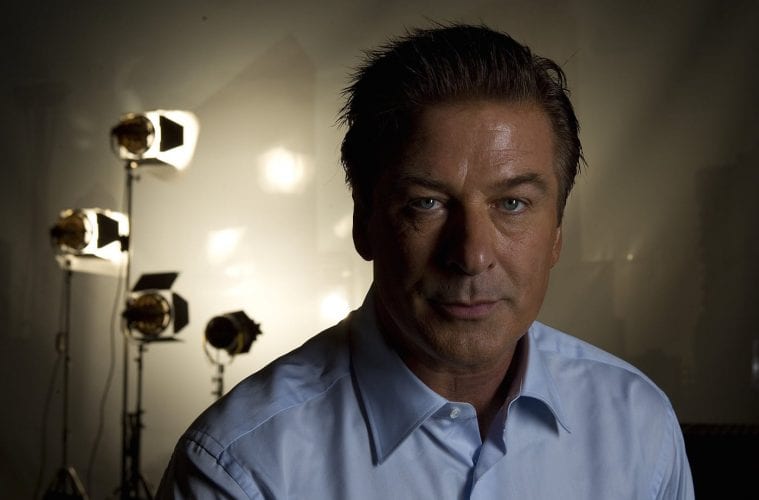 Most people are delighted that Alec Baldwin has a new memoir out. Some of these put his previous book about divorce and fatherhood, A Promise to Ourselves, on the bestseller list in 2008, while most are just amped over Baldwin’s recurring satirization of Trump on Saturday Night Live. So what does Baldwin feel compelled to discuss, and in what manner is he able to reflect?

The opening chapters of Nevertheless are about his life as a boy, and the trajectory shapes up into a chronological coming-of-age tale. He recounts his workhorse father, a high school teacher beloved by all who did not have to grow up in his house of bitterness. He portrays the sentimental mysteries of his chronically ailing mother, and cites the perils of childhood poverty as a prime motivator for his adult choices to do big, terrible movies just for the money. Laced between the poignancy are classic tales of neighborhood bonding, of pegging passing cars with snowballs from behind a hedge and other such made-for-television moments.

The majority of the book naturally traces his career on stage and screen. Baldwin is a big star, so much of the project’s timeline is already familiar. The point of a memoir is to reveal deeper facets of these well-known plot points, either by “telling all” and revealing fresh dirt, or by humbly articulating the lessons learned so readers may come to see the memoirist as an enlightened person who, at best, offers something worth taking into consideration for our own self-improvement. Baldwin struggles to decide which of these memoirs he is writing. 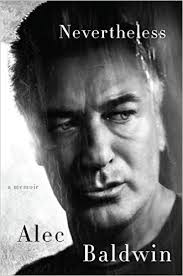 At no point does he express the hope that his life might prove instructive for us. He does not couch his lessons in a letter to a young actor or phrase his recollections as advice. He admits to the selfishness of the project in the first chapter by saying he’s doing it for the cash, and in the last chapter by thanking the readers for allowing him to indulge in self-reflection. He says he learned a lot about himself by writing the book, but actually says very little of what he learned.

There are two main types of reflections on his acting career. One is where he names some other famous actors and says he owes them a lot, providing a few anecdotes of their times together or describing what he loves about the actors, expressing his indebtedness but never properly identifying what he gleaned from the encounters. None of his picks will surprise anyone with some degree of familiarity with his career: Mary Louise Parker, Jennifer Jason Leigh, Anthony Hopkins, Robert De Niro and David O’Brien.

Baldwin’s other reflective mode is more clear-cut, which is simply to accept all kinds of responsibility for the moments when his career took a turn toward hardship. He repeatedly emphasizes that his drug and alcohol addiction was the result of his own poor choices. He blames himself for leaving that infamously angry and abusive voicemail for his daughter, which then cost him custody and resulted in so much negative publicity that he went a long time without working. He acknowledges that at least half of the responsibility for his failed marriage rests with him. Baldwin is skilled at public apology by now, especially for these failures that took place so much in the tabloid eye. Personally, I’d always assumed he’d grown beyond these tragedies of poor decision-making, perhaps learned to quell that anger and curb that impulsivity.

But the book is still a tell-all. I doubt that the late Michael Bloom, Baldwin’s first agent, would appreciate being described as sexually predatory toward his prospective young male superstar clients. I doubt Kim Basinger appreciates yet again being called cold, selfish and easily swayed by bloodthirsty attorneys. Baldwin admits to holding himself at bay in characterizing MSNBC’s cancellation of his late night show, but does no such favor for Paramount, still fuming about how he got screwed a million ways over The Hunt for Red October almost 30 years ago.

Look, Baldwin is Baldwin. We already know him. This type of memoir is not “brave,” nor is it “instructive.” It’s what you’d get if you had a three-hour lunch with him. He’s spouting, often charmingly and with a predictable consistency, the same things he always does. Brighter, fresher spots are when he explains why he prefers the stage to the screen, and how fulfilling his current marriage and activism work as leader of The Creative Coalition have been. Acting chops aside, Baldwin’s ships are nevertheless still docking all too frequently in the harbor of resentment for this memoir to earn him the medal of elder statesman.

In November, he’s cashing in on his Trump portrayal with a parody book about his first year in office. You Can’t Spell America Without Me is the same length as Nevertheless — and I’m guessing equally as smug. If Baldwin does decide to run for office, let’s not be surprised: he can talk the talk.