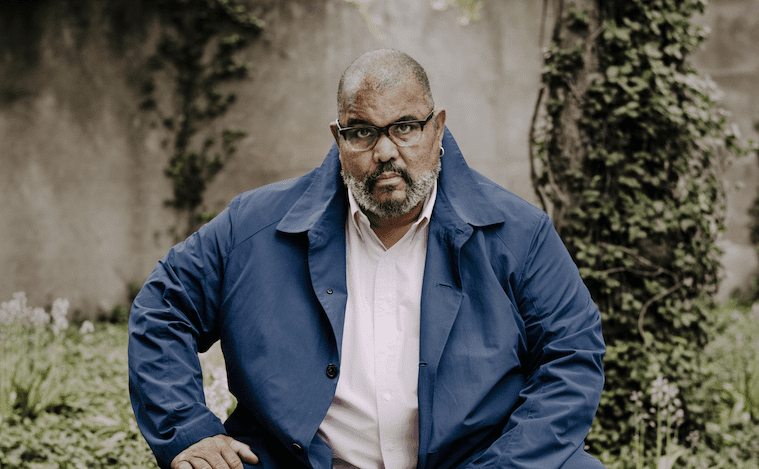 The retrospective "Dawoud Bey: An American Project" opens Saturday at the High Museum of Art. (Photo by Whitten Sabbatini)

Q&A: How Dawoud Bey uses photography to amplify his voice in the world

Dawoud Bey was 15 when his godmother gave him a camera that had belonged to her late husband. The high-schooler was eager to figure out the mechanics of the Argus C3 35mm Rangefinder, but he didn’t grasp the power of photography until the following year. “I was 16 years old the first time I saw photographs of Black people in a museum,” Bey says of Harlem on My Mind: Cultural Capital of Black America, 1900-1968 at the Metropolitan Museum of Art. It was 1969. “Seeing that exhibition helped me begin to make sense of the camera and what I might do with it.”

Over time, the camera trained Bey to see more deeply, offered a means of compensation for his severe hearing loss and amplified his voice in the world. The images he has created have been no less transformative. They’ve challenged stereotypes and sparked dialogue among viewers seeing depictions of underrepresented or unseen subjects — in some cases, for the first time.

A much-anticipated exhibit of Bey’s work, Dawoud Bey: An American Project, opens this weekend at the High Museum of Art. It will feature examples of his photography and this film. The exhibit is on view through March 14, 2021.

Bey launched his career with a series of street portraits made in 1975 with a handheld 35mm camera. The black-and-white collection, Harlem, USA, was a visual love letter to the iconic New York community that earned the emerging photographer his first solo show at Harlem’s Studio Museum in 1979. Ten years later, he started making more formal large-format portraits with a Polaroid Type 55 camera.

In a career that has spanned 45 years, Bey’s work has been featured in exhibitions worldwide, including the Art Institute of Chicago, the Brooklyn Museum of Art and the National Gallery of Art in Washington, D.C. He has commemorated the 50th anniversary of the bombing of Birmingham’s 16th Street Baptist Church, trained his lens on teenagers (a demographic he believes is misjudged as “socially problematic or as engines for a certain consumerism”) and rendered a series of abstract expressionist photographs that imagine the flight of enslaved Black Americans along the Underground Railroad in Ohio. Bey, 67, is a 2017 MacArthur Fellow who lives in Queens. He spoke to ArtsATL via email in advance of the retrospective’s opening. He talked about the artists who’ve shaped his aesthetic, the Langston Hughes poem that inspired his most recent series and the danger of visualizing Black urban communities through a lens of pathology.

ArtsATL: Given your insights on the power of art to transform viewers and change lives, how has that knowledge informed your choice to bring African American subjects to the foreground?

ArtsATL: You’ve said, “I want my pictures to give the viewer a sense of their connectedness to the larger human community.” When did you first experience being on the receiving end of such a gift through art?

Bey: I read a lot of poetry as a child. We had the Dictionary of American Poetry in my house growing up. I would love reading some of these poems and find myself crying, as I found myself feeling deeply connected to the narrative. John Steinbeck’s The Pearl was another book I read when I was very young, and I recall being deeply moved by it no matter how many times I read it. It continually awakened something in me and made me feel a connection to the lives being described. So that experience of connectedness to the larger human community probably began with poetry and literature. ArtsATL: The title of your 2017 series, “Night Coming Tenderly, Black,” was drawn from the last couplet of the Langston Hughes poem “Dream Variations.” The poem juxtaposes the narrator’s glorious dream for how life could be with the harsh reality he endures. Your landscapes also explore a duality. What’s the story behind the series?

Bey: “Night Coming Tenderly, Black” continues my interest in visualizing African American history by visualizing the past in the contemporary moment. It takes as its conceptual touchstones the photographs of DeCarava, which are about the Black subject and often printed very darkly, some almost black. The blackness of his prints is a very beautiful and materially lush blackness. And the Black subjects inhabit this wonderful material darkness in a way that is not foreboding but is beautiful.

As I began to think about making the “Night Coming Tenderly, Black” photographs, and these once-enslaved African Americans making their way to freedom under cover of darkness, I thought of DeCarava’s photographs, which also have Black subjects moving in and emerging from the darkness. Those photographs coupled to Langston Hughes’ words in his poem “Dream Variation,” which described the darkness of night not as threatening but tender (“Night coming tenderly / Black like me”), helped shape my thinking about my own work as far as how the narrative and the materiality of blackness could inform the photographs.

ArtsATL: What did you want to convey with your Class Pictures series? What did you learn as a result of training your lens on teenagers?

Bey: Class Pictures was a way of giving young people in America space to construct their own self-representation, bringing their voices together with my photographs. There are certain things photographs fundamentally can’t do since they’re inherently mute. I wanted to address that. We’ve all been young at some point. And I think we all know that there have been things that we’ve thought about as teenagers that no one ever asked us about. Knowing that about myself, I wanted to give these young people that kind of self-expressive and self-descriptive space. I also wanted it to be broadly representative of the country at that moment, so I engaged young people from a broad swath of the country, from the East Coast, West Coast and various points in between. ArtsATL: Gordon Parks used to warn those he mentored to avoid the trap of depicting African American subjects through a lens of pathology lest you dehumanize them. Did he influence your aesthetic and/or sense of responsibility as an author of the Black experience?

Bey: I don’t know that there is any one thing called “the Black experience,” but the way Life magazine used Gordon Parks’ photographs for me actually reinscribed some of those notions of Black pathology, such as a story about a gang member (who was actually a pretty normal young man) or extreme poverty and social disenfranchisement. Parks was a much more complex photographer than that, as we came to fully know after his death, but that’s how we came to know him through Life magazine. I wasn’t interested in that kind of work. DeCarava, who was making photographs of Black people using a much more idiosyncratic and poetic visual language became my model, as there was no mediating hand between him and the ways we came to know his work. He was an artist. And along with DeCarava, it was photographers like Evans, Penn, Avedon, and vernacular photographers like Disfarmer, that I first began to get a sense of the kinds of photographs I wanted to make.

ArtsATL: Photographers tend to be natural observers who prefer moving through life unobserved. But the direct gaze of your subjects into the camera lens indicates that you’ve established a level of trust and rapport. Why is it important to establish that connection? Did engaging strangers come naturally?

Bey: In the earlier portrait I made it was very important to establish that momentary trust with the subject. I simply let them know I was interested in making something with them and with the Type 55 film, I was going to give them a picture . . . free. People can tell if your interest is genuine, and they will reciprocate in kind. And I was also able to let them know that this was not a quick, “Say cheese” kind of process, and then to direct them to the kind of sustained performance needed to make the resulting photograph.

ArtsATL: In addition to being a photographer, you’re a writer and musician. How have those other art forms helped you make sense of the wider world?

Bey: I don’t practice music anymore, but I still maintain a close relationship with a number of musicians who I came up with and played with. And still some occasional commissioned writing. For me, they were simply different expressive modes that allowed me to maintain a multifaceted engagement with the world. I don’t know that it always allows me to make sense of it, but it certainly keeps me engaged.