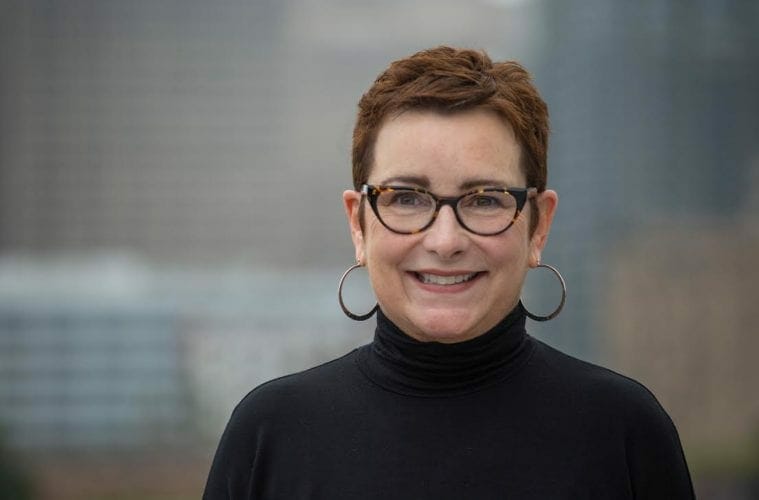 Patti Siegel joins ArtsATL as executive director. She most recently served on the board at Theatrical Outfit. (Photo by Jerry Siegel)

ArtsATL has named Patti Siegel, an arts leader with an extensive background in nonprofit work, marketing and digital content, as executive director.

Siegel has worked with the American Cancer Society, CARE USA, the Arthur M. Blank Family Foundation and the Chick-fil-A Peach Bowl. She led a portfolio of top brands for Moxie, the largest digital agency in the Southeast, has served on the boards of two theaters and has been involved with numerous arts organizations.

“I couldn’t be happier about coming to ArtsATL,” Siegel said. “I’ve long wanted to align my passion for the arts with my skills, and this is the perfect opportunity. Scott is already a great partner, and we’re excited about the future and where ArtsATL is headed.”

The nonprofit publication also has brought in fresh board members. They include Ricardo Corporán, the diversity and inclusion administrator at Alston & Bird; Virginia Schenck, a jazz vocalist, arts advocate and educator; and Bianca Sarrach, a principal in advisory services for Brown Smith Wallace LLP and a former board member with Art Saint Louis.

“This is the beginning of a new era for ArtsATL,” Freeman said. “Patti and our incoming board members have a keen understanding of our mission and ArtsATL’s importance to the community. Patti’s skill sets and her enthusiasm are exactly what we need. She and I have had numerous conversations about our vision for the future of ArtsATL, and I am absolutely thrilled to have her with us.”

Siegel has a long history of volunteering in the arts. Most recently, she was on the board of trustees at Theatrical Outfit, where she chaired the marketing committee. She’s also been on the board at Synchronicity Theatre, produced the advertising campaign for the 20th anniversary of Atlanta Celebrates Photography and chaired the Art for Everyone fundraising gala for MOCA GA.

She is married to noted fine-art photographer Jerry Siegel. Their son, Jeff Hathcoat, is an Atlanta actor.

Siegel’s appointment has received enthusiastic reaction from those in the arts community who know her. “Patti is exactly the kind of executive director that ArtsATL has always needed — smart, productive, connected and passionate,” said Spalding Nix, who owns Spalding Nix Fine Art and represents her husband’s work.

Clifton Guterman — formerly the associate artistic director at Theatrical Outfit and now a freelance director, casting director and actor — said he grew close to Siegel after she joined the Outfit board last year. “She’s one of those rare people who move in both corporate circles and the arts,” he said. “She’s whip-smart and experienced in business, but she has the heart of an artist. I think she’s the perfect person for ArtsATL.”

ArtsATL was founded in 2009 by Catherine Fox and Pierre Ruhe, two of the more prominent arts journalists at The Atlanta Journal-Constitution, when the paper severely reduced its arts coverage. ArtsATL offers critical reviews, news, features and comprehensive coverage of the arts in and around Atlanta.