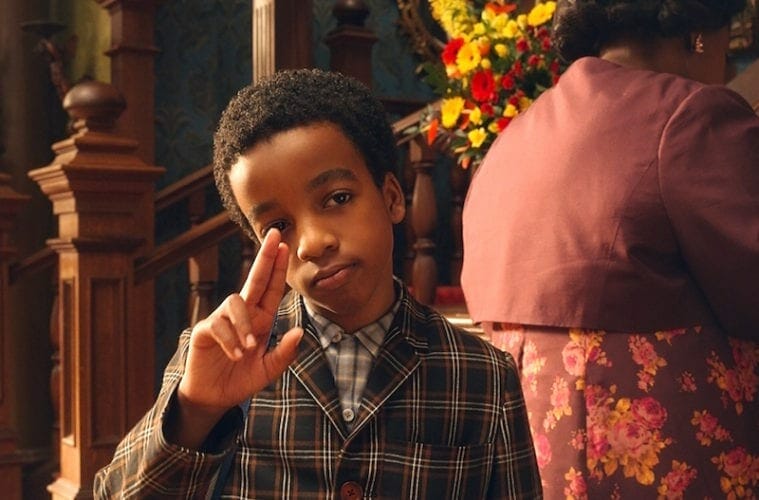 Jahzir Bruno began acting two years ago. Now he has a leading role in the fantasy adventure "The Witches" on HBO Max, alongside Anne Hathaway, Octavia Spencer and Stanley Tucci. (Photos courtesy of Warner Bros. Pictures)

Q&A: Jahzir Bruno, 11, on his role in HBO Max’s “The Witches” and what comes next

It usually takes actors time to build a portfolio before landing a leading role in a movie, but Atlanta’s Jahzir Bruno has done it incredibly fast. The 11-year-old goes head to head with Oscar winners Anne Hathaway and Octavia Spencer in a new version of Roald Dahl’s The Witches, now streaming on HBO Max.

Bruno, in his film debut, plays an orphaned boy who goes to live with Grandma (Spencer) in rural Alabama after a tragedy. When witches come after him, Grandma decides to take him to a fancy seaside resort. The film was partially shot in Georgia and Alabama.

It’s a remake of a celebrated 1990 film that featured Anjelica Huston as the Grand High Witch (it’s Hathaway here). Also present is Stanley Tucci, with voice-over work from Kristin Chenoweth and Chris Rock. The Robert Zemeckis-directed movie is heavy on special effects, with the central character and a friend spending a good deal of time as mice (here Bruno is called Hero Boy).

The film has been criticized by disability activists recently for depicting the villainous Grand High Witch as someone with missing fingers, saying it sends a scary message, according to Variety. The studio and Hathaway have both apologized. 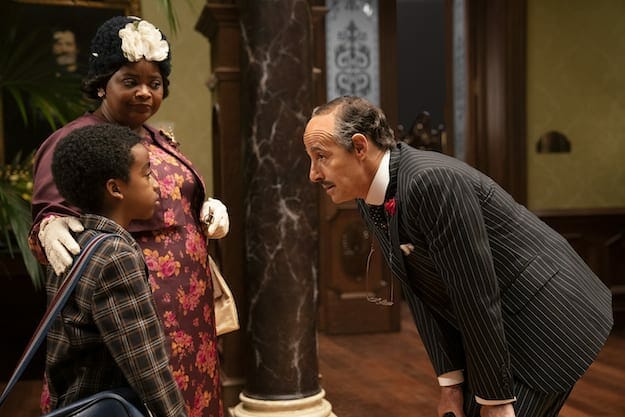 Jahzir Bruno (from left), Octavia Spencer and Stanley Tucci in a scene from “The Witches,” based on the 1983 Roald Dahl children’s book.

ArtsATL caught up with Bruno, who was coached in a summer theater camp by Atlanta actor Rob Demery (most recently in the Tony Award-nominated Broadway revival of A Soldier’s Play).

ArtsATL: How did you start performing?

Jahzir Bruno: I’ve been in Atlanta my entire life. I went on a field trip [as part of Dream Keepers Academy] to Pervis Talent Agency. Joy Pervis had us read. She picked five out of 12 students, and I was one of the five. I was excited. It took me a year to begin acting. I started when I was 9. I did a commercial for Atlanta Gas Light and was in an episode of Atlanta.

ArtsATL: What was the audition process like for The Witches?

Bruno: First I read scenes and then went to a table and read with others. After I auditioned, it took about a week for them to notify me, and they called and told me I booked it. It is my first movie and I’m very excited. I was already a fan of the original movie. We started filming in London in April [of 2019].

ArtsATL: What was it like working with Anne Hathaway, Octavia Spencer and Robert Zemeckis?

Bruno: They were very kind and sweet. They were nice to work around. They made it feel like it was real. Watching Anne play the Grand High Witch — I wanted to watch her forever. Octavia still comments on my Instagram account. When we were filming, she took me to a Ferris wheel in London, the London Eye, and we had a great time. Knowing that Robert Zemeckis made Back to the Future, I was really excited, and I knew it was a once-in-a-lifetime [opportunity]. I knew I had to bring my A game.

ArtsATL: When did you see the film for the first time?

Bruno: They sent me a link. I couldn’t show anyone else, but me and my grandmother watched it. Watching it now seems kind of different.

ArtsATL: What’s next for you?

Bruno: I am in the movie The Christmas Chronicles 2. It premieres November 25 on Netflix. Working with Goldie Hawn and Kurt Russell was an honor, knowing that they have done so many movies. They were cool to hang out with.

ArtsATL: What would you like to do on moving forward?

Bruno: I want to stay in film, and I’d love to be in a Marvel movie.

ArtsATL: What actors have inspired you?

Bruno: I’d say Samuel L. Jackson. I’ve never met him, and it would be great to do so.