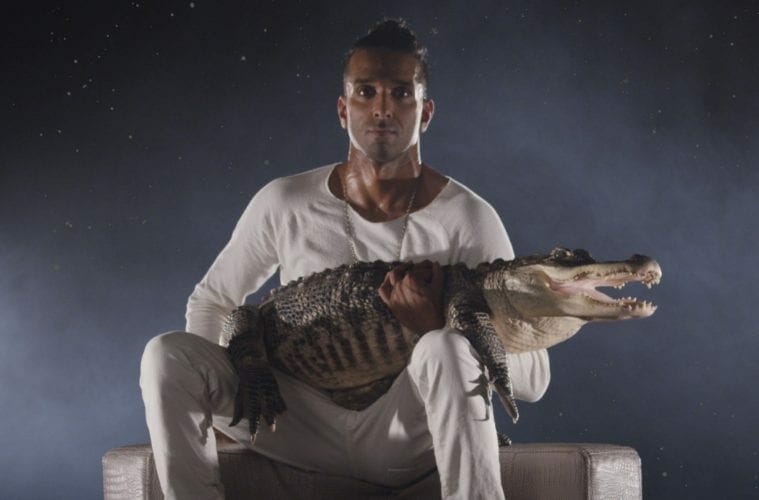 Shah, a native of Toronto, moved to Atlanta and is considered one of the rising stars in the rap world.

One of Atlanta’s more street-certified rappers, Shah ducks off somewhere in Midtown on a hot, rumbling summer night. He’s filled himself up on protein: a shake, tacos, rotisserie chicken, takeout from Halal Guys on Eighth Street. “It’s been a point of mine to support local restaurants,” he says. Then, in the next breath, he’s onto another topic. “Seeing those Confederate statues come down in front of Piedmont Park is art.”

Shah’s in Midtown, but he describes himself as a “big downtown boy.” He grew up in the Parkdale section of Toronto, then lived in New York City’s Lower East Village. He didn’t find the same downtown vibe when he moved to Atlanta. “Downtown was not a good thing,” Shah says. “It was not built like a classic city where it’s built from downtown out.” So Shah embraced other parts of the city. “West End might be my favorite hood in America. Mechanicsville is my second. That part of ATL speaks to me a lot.”

He’s loquacious, but he’s no rambler. Many rappers have a passionately nursed hunger fit for revolution. Shah’s hunger is born from some kind of artistic inheritance better suited for a kid from Canada who found love, loyalty and leniency from himself in the pursuit of musical superstardom. He’s been spending a lot more time at home cultivating his internet following in this age of the pandemic: engaging with fans on social media, turning his attention to digital marketing instead of meeting people in person and building his credibility among the creative community. Sean Teezy and Westwood P introduced Shah to Atlanta’s rap community when he moved here from Toronto and New York.

He acknowledges that he’s been more old school in that most of his success has been in the streets and clubs.

When Shah had questions, Shah asked underground rapper and local legend Sean Teezy, also known as “Bodega Teezy, Sean Teezy.” Teezy told Shah that he needed to meet Westwood P, who went on to assume the role of big brother as well.

Atlanta creative director Westwood P, in Shah’s words, “is a born-and-raised Atlanta boy.” Teezy cliqued up with Shah at the strip club Magic City, a venue notorious for breaking in new artists, even playing a role in superstar Travis Scott’s Astroworld album release. Teezy, the first rapper to play the big brother role, was heavily affiliated with Waka Flocka Flame and associated acts in 2010 and has been through the process Shah finds himself in now.

Tracks like “Don’t Do It Mandela” and “Rookie Card” were floating around the internet before Shah released his debut project Day of Shah in June of 2016, but Shah actually began making music when he was in high school.

“When I first started to put out music in 2016, it was very straightforward classic hip-hop,” Shah says. “Atlanta gave me melody. Right now, I’m making darker music. It’s music that I fought against for a while because I had this formula for success for my breakout in Atlanta. Now I have a formula that brought me more success touring. I still feel like a new artist. I do feel I’ve achieved the hardest part of the game, going from an aspiring rapper to having my breakthrough.”

That breakthrough arrived in 2017 with the single “Just Text.” The song thrived at the Magic City club as well as on Atlanta radio, becoming the first song by a foreign artist to win 107.9 FM’s Influential Battlegrounds.

He released a new single, “Cracks,” last summer. I ’s a far cry from the boom-bap hip-hop he was making in 2016 or the popular radio anthems he was making in 2017. “Cracks” finds Shah in a precariously artistic position. Lucky for him, it’s one on which he can capitalize.

“The second-hardest part is going from ‘Yeah, you’re a rapper to a national household name,’” he says. “That part is still underway. That’s what 2020 has been about. I don’t feel I’m established. I am happy that I am not just starting out.”

These days, Shah is most passionate about things outside of himself and his music: creating justice. He’s not a political rapper and doesn’t enjoy political music, but he’s formed a partnership with HeadCount, a nonprofit that uses music to register voters and promote participation in democracy. HeadCount has partnered with such artists as Cardi B, DJ Khaled, Camila and Rico Nasty. In addition to supporting the Bernie Sanders campaign and the Black Lives Matter movement, Shah is passionate about justice on a global scale. He’s had time off the road and to look around. He’s even had time to reflect on his earliest memory of feminism as a young man in Parkdale.

“I was watching a TV game show with my mom and sister and a guy beat a girl,” Shah says. “I told them guys were better. I realized it was on the same level as racism. It’s infinitely easier for someone who’s part of the oppressing group to seek out other oppressors. I realized that it was a role I could play with my male audience. I felt responsible as an artist.”

When it comes to the future of art in Atlanta music and his strategy going forward, he wants to keep it realer than real.

“There’s something in Atlanta’s DNA that allows artists to flourish,” Shah says. “Atlanta is only going to get stronger. It has so much talent that it can take shortcuts. Atlanta rappers have got it to the point that the mixing and mastering don’t matter so much. That would never fly in New York or Los Angeles.”