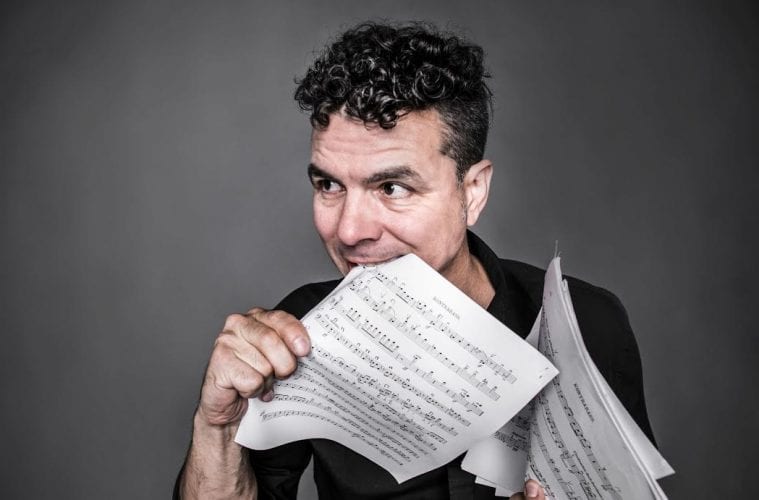 The Atlanta Symphony Orchestra’s 2017–18 season opens tonight, the first of a two-year celebration of the orchestral music of Leonard Bernstein and Ludwig van Beethoven.

This season will include all five of Beethoven’s piano concertos performed by pianist Jorge Federico Osorio, nine performances of Bernstein’s opera Candide in coproduction with the Alliance Theatre, and a string of other highlights such as the first ASO performance of Verdi’s “Otello” with Russell Thomas in the title role, featured guest soloists such as violinist Hilary Hahn and Augustin Hadelich, pianists Jean-Yves Thibaudet and Conrad Tao, and one-performance-only special concerts with soprano Kathleen Battle and cellist Yo-Yo Ma. And the season will be solidly underpinned by the home team musicians of the Atlanta Symphony Orchestra and Chorus.

Stealthily embedded within the season’s panoply of delights is the music of Michael Kurth, a member of the ASO’s contrabass section who has over the last six years become increasingly noted as one of Atlanta’s leading composers, both for his chamber music and the orchestral works he has written for the ASO. 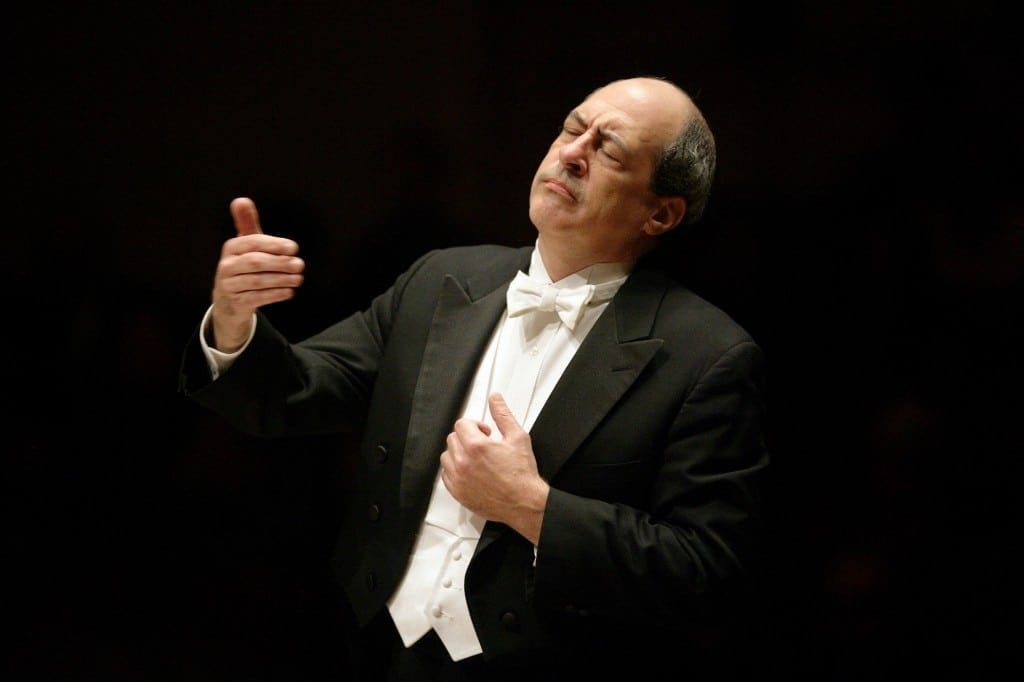 Spano and the ASO are dedicating two seasons to the music of Bernstein and Beethoven.

“Michael is such an amazing talent, and his music is an astonishing amalgam of styles and influences,” says ASO music director Robert Spano. “His is an exhilarating and fresh voice. I look forward to celebrating his music throughout the season, as well as the release of his recording on ASO Media in 2019.”

That CD, to be recorded in May 2018, is expected to include Kurth’s “A Thousand Words,” “May Cause Dizziness,” “Everything Lasts Forever,” “Miserere,” an arrangement of “The Star-Spangled Banner” and quite possibly the humorous mash-up of “Happy Birthday” with the slow movement of Beethoven’s Symphony No. 5 Kurth wrote for the 80th birthday of the late fellow ASO contrabassist Jane Little.

ArtsATL recently spoke with Michael Kurth about some of the music ASO will perform and record this year, and his double life as contrabassist and composer.

ArtsATL: A good handful of your compositions are being performed this season by the Atlanta Symphony Orchestra, then will be recorded by the ASO in May to be released on CD by ASO Media.

Michael Kurth: Yes, they will. It’s the symphony’s policy and practice to perform everything [in] the season they record it, as close to the recording as possible, but there’s so much of mine that they had to spread it out quite a bit. It was kind of like sifting something with a sieve [into programs] that had the right duration and orchestration hole in them, and they let the pieces fall where they fit. The piece that fit on the season’s opening concert was “A Thousand Words.”

I did some revision to it, just some orchestration not any content. One thing we were adding this time, we’re going to use the “Berlioz” bells (a pair of enormous bells owned by the ASO, designed specifically for use in Berlioz’ “Symphonie Fantstique”). I wrote a part for it in the first movement and in the last movement.

ArtsATL: That season-opening concert also includes Leonard Bernstein’s Symphony No. 2 (“The Age of Anxiety”), and George Gershwin’s An American in Paris, but it is additionally unique in that it will include not one but two versions of “The Star-Spangled Banner” — opening, as it usually does, with the familiar, traditional arrangement by Walter Damrosch, but also the premiere of a new arrangement by you that opens the second half. How does your arrangement differ?

Kurth: Mine came to me on a hike, hiking with my wife and just the Andante pace of my steps, with probably the way I was tapping my hands on my face as I walked. I created this polyrhythm, and that became a signature drum groove for the thing. So it’s heavy drums, and beyond that it’s a more slightly jazzy harmonization. It’s the familiar melody, of course, and it’s in a key that’s a little more singable than the Damrosch, just a half-step more comfortable. 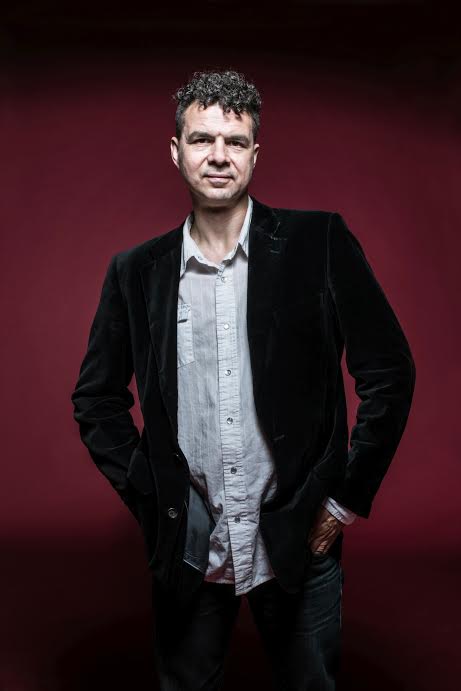 ArtsATL: People do hold familiar versions dear to their hearts, so the introduction of a new one does have some risks, in terms of the audience’s response. Some may really love it; some may be offended or even think it unpatriotic, as Igor Stravinsky learned with his version.

Kurth: I will say I am definitely patriotic, but (as most artists would probably agree with) my patriotism takes a different form than some that are more popular these days. My arrangement is not a corruption, it’s not a slap in the face; it’s a true love song, an homage to my country — which is divided these days, and I think we need to shine light on that. I think an arrangement of a familiar piece should be unfamiliar, to take it out of context so that the listener or the participant really has to think about what they’re singing. If it’s not an examined, questioned and debated patriotism or faith, or any sort of belief, it’s worthless.

ArtsATL: Your first orchestral composition, which the ASO premiered in 2011, was the four-minute fanfare, “May Cause Dizziness,” which will be performed again in April. How has your music and your relationship with Robert Spano and the Atlanta Symphony evolved since then — not only as a composer, but also from your perspective as a member of the orchestra’s contrabass section?

Kurth: I think the way it has changed and evolved over the years is I’ve tried to grow more sensitive as an orchestrator and as a colleague, because I know what it’s like to play too much of someone’s music, and I know what it’s like when composers are heavy-handed in the way they treat orchestras. I don’t want to be that guy. Everybody in the orchestra can tell when some composer who has never played in an orchestra before puts something on our stands. It’s just obvious. I hope my stuff is a little more idiomatic.

I’m a composer, but I’m a colleague first — a bass player in the orchestra. That’s my day job, and I want to maintain that relationship for my entire career. If the composing gets more and more successful, great, but my first role is a bass player and colleague to this great orchestra. I have such amazing colleagues. They’re so generous and talented. They’ll play anything, but they’ll also be honest with me.

Kurth: He likes it, and he is not risk-averse. He’s willing to take chances on me, and I’m beyond grateful. I’m really fortunate.

ArtsATL: How do you describe your own aesthetic objectives?

Kurth: The best way I’ve come to describe my goals, as a composer who wants to appeal to audiences, is I imagine a spectrum with two crossed axes, one of depth of appeal and one of breadth of appeal. I want to be where those axes intersect, where I have equal parts breadth and depth of appeal.

ArtsATL: Do pieces that you feel are your best work also wind up being the audience’s favorites?

Kurth: It’s always surprising. There’s a piece I wrote [for string quartet] called “Mean Old Pony Tango.” That’s everybody’s favorite. I don’t think it’s my best work. It’s catchy. I’m glad people like it, but if I didn’t know that and I had to guess what was everybody’s favorite, it would not be that one.

ArtsATL: Will you be seated in the audience for these performances of your music or playing in the orchestra?

Kurth: I’ll be playing. That will be kind of a new experience [as] I’ve had no repeat performances [by the ASO] until now. For the premieres, I’ve always sat in the audience. This time I need to help out, pull my own weight.