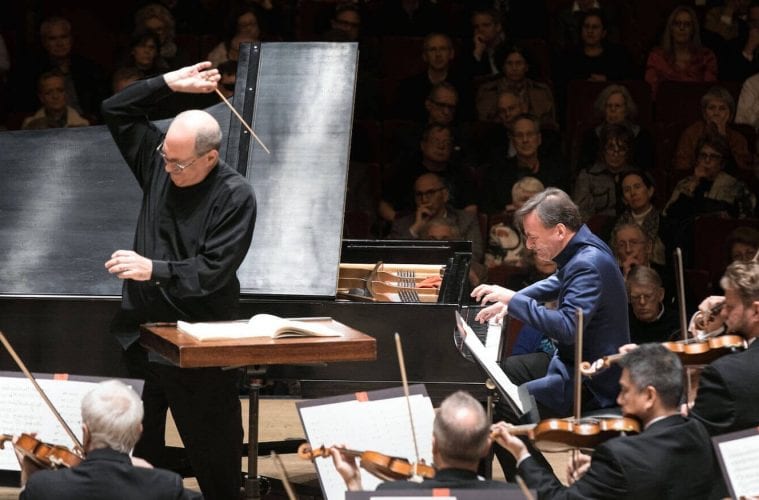 News: The National Endowment for the Arts announces $2.7 million in new Georgia grants

The National Endowment for the Arts (NEA) has announced grants that total $2.7 million for Georgia arts groups, including specific grants to the Atlanta Symphony Orchestra, WonderRoot, ArtsATL and others.

The grants are part of the NEA’s second round of funding for fiscal year 2017, which will help fund 1,195 projects totaling $82 million nationwide.

“The American people are recognized for their innovative spirit and these grants represent the vision, energy and talent of America’s artists and arts organizations,” NEA chair Jane Chu said in a press release. “I’m proud of the role the National Endowment for the Arts plays in helping advance the creative capacity of the United States.”

The NEA was established in 1965 as an independent federal agency to help fund and support the arts. President Trump had proposed eliminating all funding for the NEA in his first budget proposal. Congressional leaders, however, not only restored funding for next year, but provided a small increase as part of a bipartisan spending deal.

In addition to individual grants, the NEA will give the Georgia Council for the Arts $742,200 in additional grant monies for the state of Georgia, and $1.5 million to South Arts to support the agency’s arts programs and activities across the Southeast.

— $150,000 to WonderRoot to support the organization’s Our Town project to revitalize and beautify the Oakland City neighborhood. With lead artists Maria Artemis, WonderRoot will partner with MARTA and community nonprofits to provide literacy workshops, storytelling events and to artistically integrate community narratives into improved streets, sidewalks and other neighborhood infrastructure.

— $50,000 to Alternate ROOTS to support Partners in Action, an initiative that examines community art making. The organization will partner with individual artists and organizations to explore the roles of aesthetics, transformation and organizing in the community arts process.

— $35,000 to the Woodruff Arts Center on behalf of the Atlanta Symphony Orchestra to help support next season’s “LB/LB Celebration” devoted to the centenary of American composer Leonard Bernstein and Ludwig van Beethoven.

— $25,000 to Moving in the Spirit (IndepenDANCE) to support the organization’s Stepping Stones program, a weekly dance and leadership training program for children and teens. The project targets youth from underserved Atlanta neighborhoods.

— $10,000 to ArtsATL for a monthly series of feature videos and long-form profiles of influential members of Atlanta’s cultural community.

— $10,000 to the ArtsBridge Foundation to support field trips to the Cobb Energy Performing Arts Centre to introduce students to performances by the Atlanta Opera, Atlanta Ballet, Kennesaw State University’s College of the Arts and other programs. ArtsBridge will provide students with low-cost or free tickets to the events.

— $10,000 to the Atlanta Chamber Players to support a tour of rural towns and larger cities across the Southeast. Each stop will include an in-class visit and educational workshop with music students.

— $10,000 to the Center for Puppetry Arts to support the upcoming production of Cinderella Della Circus, written and directed by Jon Ludwig.

— $10,000 to Creatives Project to support a storytelling program with a focus on diversity. The program is for the elderly, youth and people with disabilities who will explore their communities through storytelling.

— $10,000 to the Serenbe Playhouse to support the troupe’s upcoming production of Cabaret.

— $10,000 to Aurora Theatre to support Carnaval del Dia de los Muertos, a series of events that celebrate the traditional Mexican holiday Day of the Dead.

— $100,000 to Deep Center in Savannah to support Savannah Stories, a creative writing literacy program for youth, and a second program that will bring local youths together with writers and visual artists to investigate coastal “ribbuh lib” (Gullah-Geechee for “river life”).