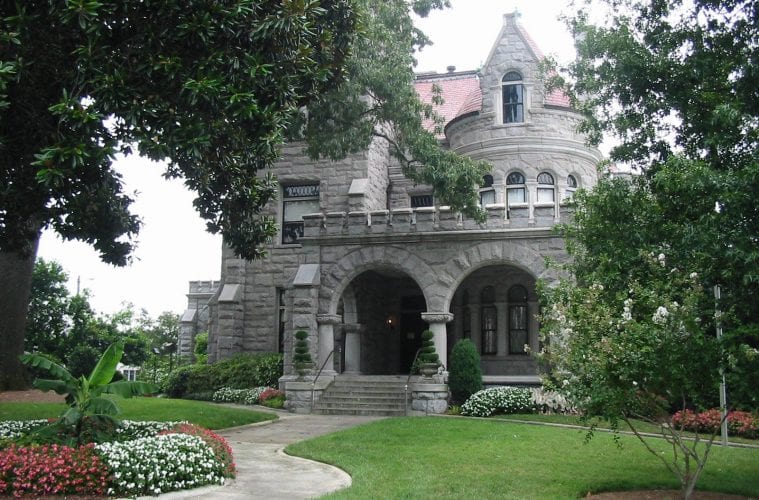 Love what we have: the Georgia Trust’s Historic Preservation Leadership Course

Making a case for the preservation and revitalization of historic landscapes and buildings can be a tough sell in a culture where 20-year-old stadiums are regarded as obsolete, and the prevailing wisdom among developers deems that it is better to bulldoze than build upon the past. But Atlanta’s track record of forfeiting architectural integrity and aesthetics for the sake of budgets is hardly unique.

“America is a comparatively young country, relative to the rest of the world, and we tend to look to the future,” says Mark McDonald, President, and CEO of The Georgia Trust. “Our tear-down mentality is a direct result of 75 to 100 years of marketing that promotes the idea that everything new and modern is better.”

Ironically, Millennials are the least inclined to believe the hype.

In places like Atlanta, back-to-back successes of initiatives like the BeltLine and Ponce City Market have been embraced by a younger constituency who are at the forefront of increasing public awareness, appreciation, and advocacy for the reuse of old structures. “They [Millennials] have an aversion anything generic,” says McDonald. “ They like things that are authentic, and there is nothing more authentic than a historic building.”

To build on such momentum, the Georgia Trust, and Buckhead Heritage Society, in collaboration with Lord Aeck Sargent Architecture, is offering an Historic Preservation Leadership Course January 18-February 8.

The Georgia Trust will offer continuing-education credits to architects and realtors who complete the course, as a means of attracting professionals who tend to be major influencers among new homebuyers and developers. But the classes are open to everyone — from soccer moms to CEOs — in keeping with the Trust’s mission of being inclusive and cultivating future preservationists.

If more people understood the practicality, feasibility and undeniable charm of repurposing existing structures, McDonald believes there could be a sea change in public perception. A heightened awareness could also stem the tide of national manufacturers making building materials that are used throughout the country, which has resulted in a national style that lacks originality and soul.

“Our historic buildings are very regional,” says McDonald. “The architecture in New York state differs from what you’ll find in coastal Alabama, Mississippi and Louisiana. Within Georgia alone, there are stylistic differences between Atlanta and Savannah because the cultures are different. The buildings tell the stories. When we forfeit our distinctiveness, we lose historical fabric and risk becoming like Kalamazoo, Michigan or Phoenix, Arizona— where everything looks the same.”

Moses Bond, a lifetime trustee and former Board chair of the Georgia Trust, says the experience has taught him that nothing is sacred when it comes to progress. “We used to laugh and say that the biggest enemy of historic preservation in the state was the churches— because they were notorious for taking beautiful old homes proximate to the First Baptist Church, tearing down the home and blacktopping the land for parking.”

Calling attention to such short-sighted solutions, and seeking alternatives within municipalities statewide, is one goal of the Georgia Trust. Another, according to McDonald, is shining a light on some hidden treasures.

“The vast majority of historic buildings were built very well. They tend to be of a higher quality than most modern and contemporary buildings because they were constructed with superior raw materials like heart pine lumber— the greatest building material on earth— which requires much less maintenance than the wood being used in more contemporary structures. When restored properly, the environmental and economic impact of preservation can be enormous.”

Rhodes Hall, one of a handful of historic residences on Peachtree Road, is a prime example of a 20th-century structure that was brought up to 21st-century standards with the addition of an elevator to facilitate handicap access, air conditioning to maintain creature comfort and the modification of its stained-glass windows to maximize energy efficiency.

Because the bottom-line drives a lot of decisions surrounding whether a tear-down might be more practical than restoring an architectural gem like Rhodes Hall, the Leadership Course will focus on tax breaks and incentives designed to protect and preserve old properties without breaking the bank.

The idea is not to eliminate new development, according to Bond, but to promote careful stewardship and active use of historic structures for the benefit of business and culture.

“We hope that by making people aware of what they could lose, we can inspire local and statewide communities to explore the option of saving structures. Not just for the sake of preserving beauty, but as a means to enhance sustainability, quality of life and urban renewal.”