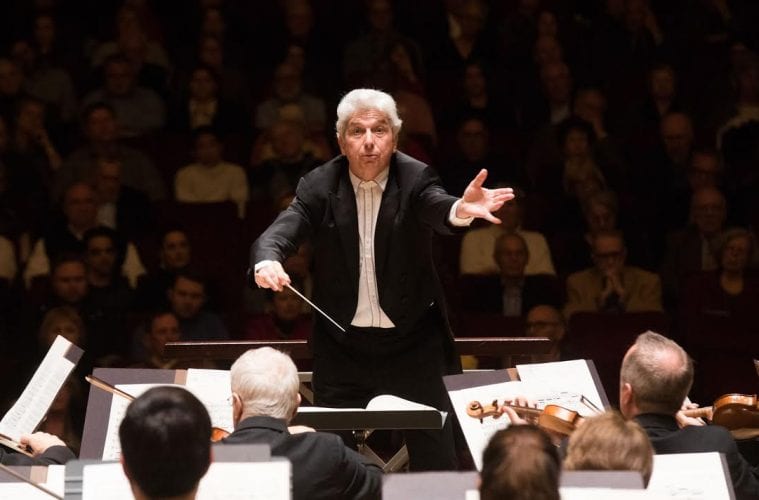 However, there is one looming caveat: the winter storm hitting tonight and tomorrow. The ASO’s three Music for the Very Young children’s concerts on Saturday morning have been canceled, although the three Sunday afternoon performances are still scheduled to take place at this time.

This was one ASO concert worth braving the fickleness of Atlanta’s winter weather to go hear. Thursday’s performance was consistently excellent from start to finish under Oundjian’s baton, well-chosen selections that were well played.

Oundjian, who is music director for both the Toronto Symphony Orchestra and the Royal Scottish National Orchestra, most recently guest conducted the ASO last June in music by Glass and Berlioz. Prior to that he made his ASO debut in January of 2014, leading the orchestra in music by Vaughan Williams, Mozart and Dvořák. Thursday’s concert reconfirmed that Oundjian has a good musical rapport with this orchestra and can draw from them solid, engaging performances. One can’t help but look forward to his next appearance on the ASO podium. 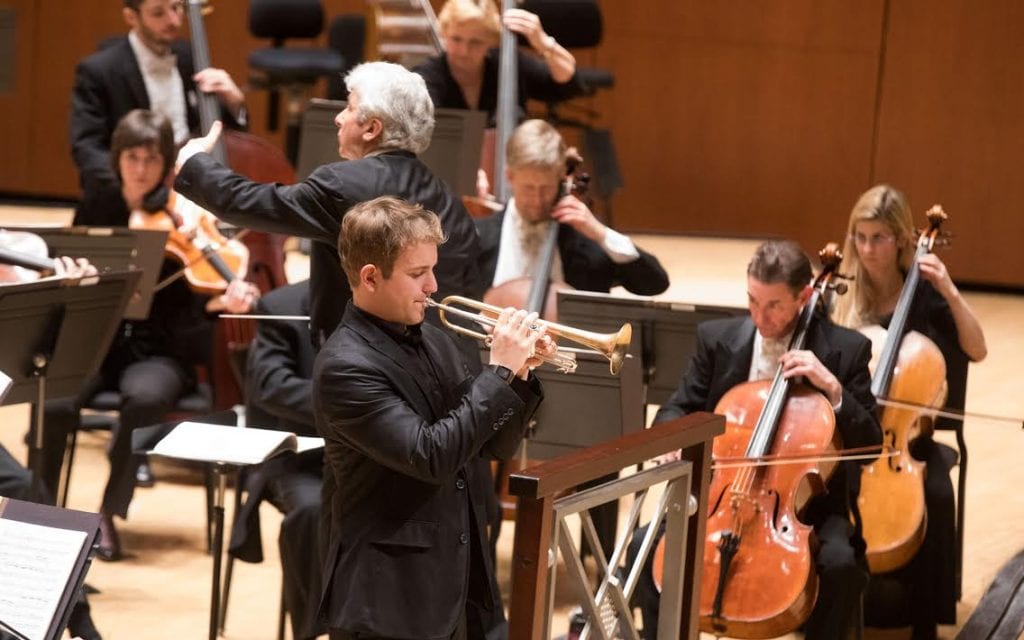 Stuart Stephenson made his solo debut with the orchestra.

The program opened with Nikolai Rimsky-Korsakov’s “Capriccio espagnol.” Although long for a curtain-raising showpiece at 16 minutes, it was nonetheless effective in that role. It was a sunny, attractive performance with some prominent episodic solos for both concertmaster David Coucheron and principal clarinet Laura Ardan, plus some shorter notable flourishes by principal flute Christina Smith and principal harp Elisabeth Remy Johnson.

Next, ASO principal trumpet Stuart Stephenson took the stage for his subscription series debut as soloist with the orchestra, performing Franz Joseph Haydn’s Trumpet Concerto in E flat major. A native of Fairfax Station, Virginia, Stephenson joined the ASO as principal trumpet at the onset of the 2013–2014 season. With degrees from The Juilliard School and Northwestern University, among Stephenson’s noteworthy list of teachers is Christopher Martin, a former ASO principal trumpet who went on to principal posts at Chicago Symphony Orchestra and, this season, the New York Philharmonic.

About the same length as Rimsky-Korsakov’s “Capriccio” that preceded it on the program, Haydn’s well-known concerto from 1796 is the bellwether of a classical trumpeter’s acumen, the common yardstick by which they are typically measured as soloists in public and among the trumpet community. It is obligatory core repertoire, despite the fact it was written for neither a natural trumpet nor the modern valved trumpet, but an oddball “keyed” trumpet developed by Haydn’s long-time friend and Austrian trumpet virtuoso Anton Weidinger — an interesting, if not entirely satisfying, attempt at making the trumpet capable of playing a full chromatic scale. Johann Hummel would likewise write a concerto for Weidinger’s keyed trumpet some seven years later, likewise a mainstay of modern trumpet solo repertoire.

The piece requires both virtuosic deftness and the ability to give lyric passages a well-rounded vocal quality. Stephenson’s performance afforded both with a smooth fleetness to the technical displays, especially in his acrobatic cadenza and well-shaped phrasing in the many cantabile passages.

The concert concluded with one of the linchpins of 20th century orchestral repertoire, Béla Bartók’s Concerto for Orchestra. Written in 1943 a year before his death, Bartók was in poor health and living in a sanitarium in upstate New York. It is an unusually optimistic, exuberant work for the circumstances in which it was written, though the commission from Serge Koussevitzky had assuredly brightened the composer’s spirits and given him the energy to compose it in full-throttle.

Oundjian and the ASO brought these qualities to the fore in an exciting, tightly knit performance, which, as the title implies, gave everyone in the orchestra some degree of concertante opportunity in which to shine. A fabulous conclusion to an overall solid ASO program. If the plan for Saturday’s performance doesn’t get scrubbed due to snow, put on your snow shoes and go hear this one. You won’t regret it.