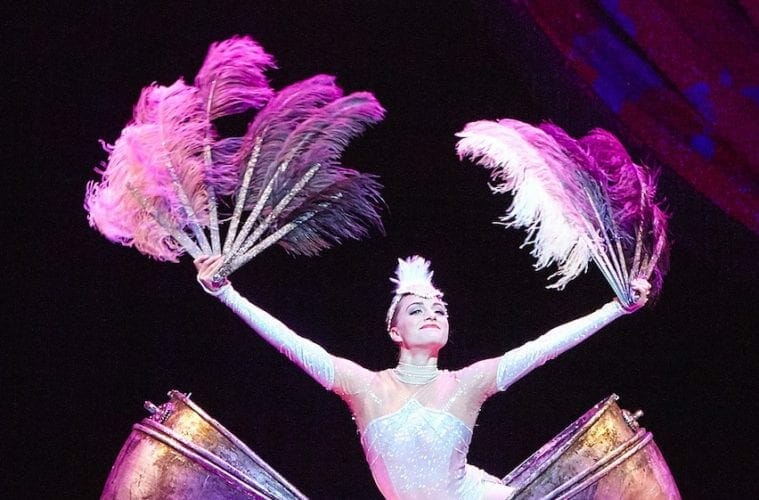 “I remember seeing her for the first time and thinking ‘Who is that girl? She’s amazing,’” says Sarah Hillmer, former ballet master at Atlanta Ballet. “That girl” was Jackie Nash, the much-loved and uniquely talented Atlanta Ballet dancer whose last performance with the company will be Sunday on the Georgia Tech Arts Skyline stage. She’s leaving to join Terminus Modern Ballet Theatre, founded by several Atlanta Ballet alumni in 2017.

Hillmer has worked with Nash in various capacities in the past eight years. “She is a phenomenal contemporary dancer,” Hillmer says. “She has a joyous vivacity and knows how to move from the heart. Absolute freedom. I have watched her grow, although she had a kind of maturity from the start.” 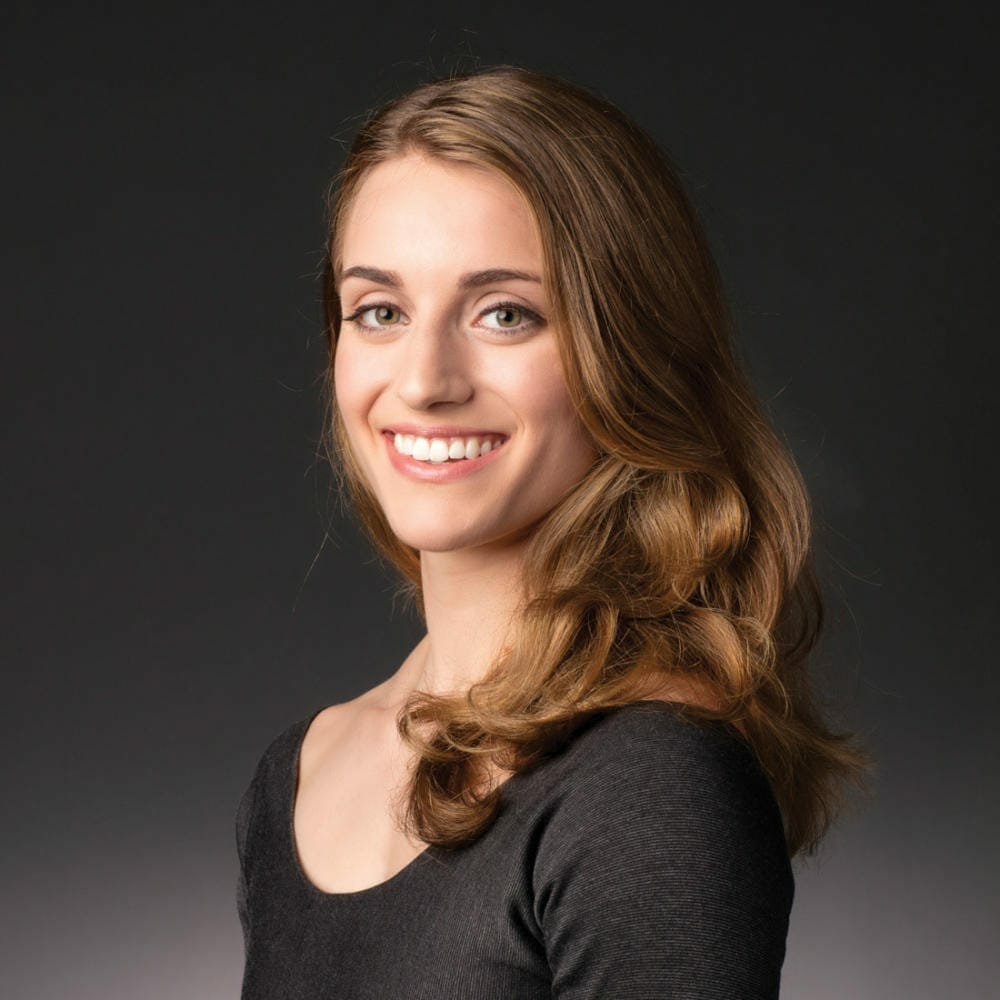 Nash is instantly recognizable onstage not only for her powerful technique and compact, muscular physique, but for her energy and enthusiasm. John McFall, who led Atlanta Ballet as artistic director for 21 years and hired her, remembers meeting Nash as a teenager. “She wasn’t a bunhead,” he says. “She was so human. I felt she had something special. Many dancers can do the steps, but it’s not about the body, it’s about communicating feelings. That’s one of the things that makes her unique.”

Nash is exciting to watch because she seems to have a deeper torso swoop, a more daring drop to the floor, a more forceful thrust in her jumps than many more classically refined dancers. And she looks like she’s enjoying every second she’s onstage. She will toss off a triple pirouette on pointe and smile like it’s nothing. She likes to take risks, and it shows. Visiting choreographers love her. Hillmer says they often have to slow her down in rehearsal because she’s so eager to try anything different and daring.

When Nash told Atlanta Ballet Artistic Director Gennadi Nedvigin of her decision, he was shocked. “It’s sad to lose a good dancer,” he says. “She has a great personality and great energy. We had a great collaboration from the first time we met. I will miss her smiles and her responsiveness as an artist.”

Looking for the silver lining

Nedvigin took the reins at Atlanta Ballet in 2016. He was chosen to succeed McFall because of his more classical approach to repertory. McFall encouraged each dancer’s individuality, whereas Nedvigin’s Russian training emphasizes greater uniformity. The dramatic change threw the company into turmoil. Almost 50 percent of the dancers left the company, including such high-profile figures as Tara Lee, John Welker, Rachel Van Buskirk, Alessa Rogers and Christian Clark.

Nash is glad she decided to stay. Like Nedvigin, she was trained in the Russian Vaganova style and didn’t find the transition difficult from a technical standpoint. She has a mature mindset that looks for the silver lining. “Instead of saying, ‘Why isn’t it the same it was before?,’ I have taken it as a learning experience,” she says. 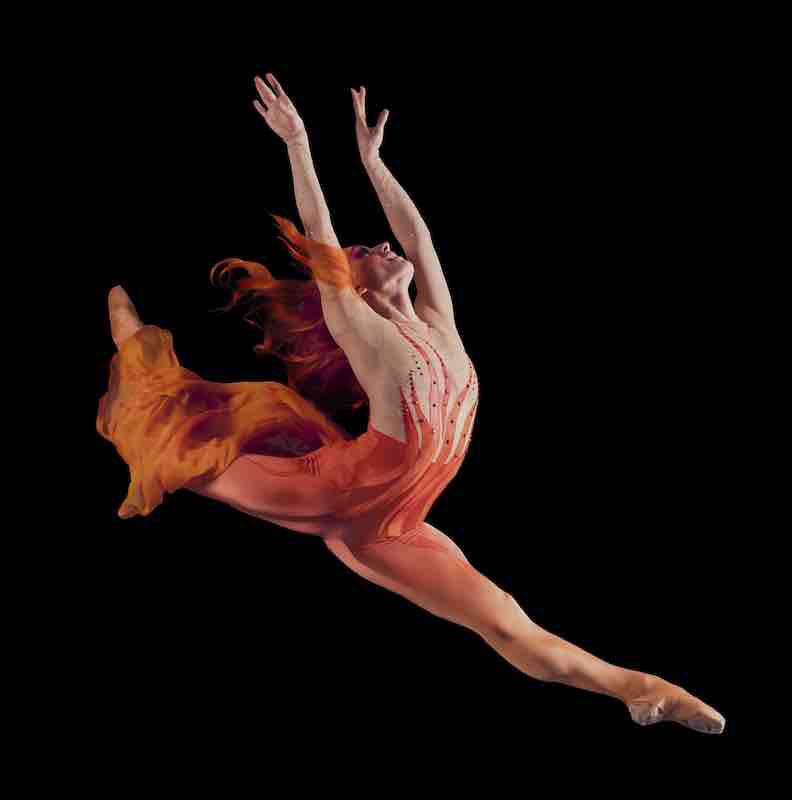 Jackie Nash as “The Firebird,” a signature role with Atlanta Ballet.

For many years she felt like the younger sibling at the company and looked up to more senior dancers like Lee. After they left, she was drawn to mentoring the younger dancers, many of them new to the company. She remembers how lonely and difficult it can be as a 17-year-old, transitioning from being a student to a dancing professionally. “I felt this polar shift to being the person people looked up to,” she says. “It felt like a big responsibility at times, but I relished it too.”

The dancers chose her to be their union representative with the American Guild of Musical Artists, a role she has embraced and felt honored to take. Hillmer remembers being in a union meeting that Nash attended and being struck by her leadership skills.

Nedvigin says Nash was popular with choreographers. “She’s been one of the busiest dancers in the company,” he says. “She’s in pretty much every work.” She landed the lead role in Yuri Possokhov’s Classical Symphony, excited audiences in the title role in his Firebird and dazzled as the lead in Balanchine’s Allegro Brillante. Possokhov enjoyed working with her because “she is such a mover,” says Hillmer.

Visiting choreographers, most of them in the contemporary vein, loved her adventurous spirit. “I have had so many lovely opportunities,” Nash says.

Nash began her training at the Connecticut Dance School under the direction of Alan Woodard. She credits him with giving her a love of performance. She went on to spend two years in the dance and academic residency program at The Rock School for Dance Education in Philadelphia, graduating in 2009.

Like many young dancers, she attended summer intensives, including one with the Atlanta Ballet Centre for Dance Education. She joined Atlanta Ballet’s fellowship program (now Atlanta Ballet 2) at age 17. Her first role was as Jiminy Cricket in Pinocchio. Performing in the same ballet was another new apprentice, Heath Gill. They’re now married. 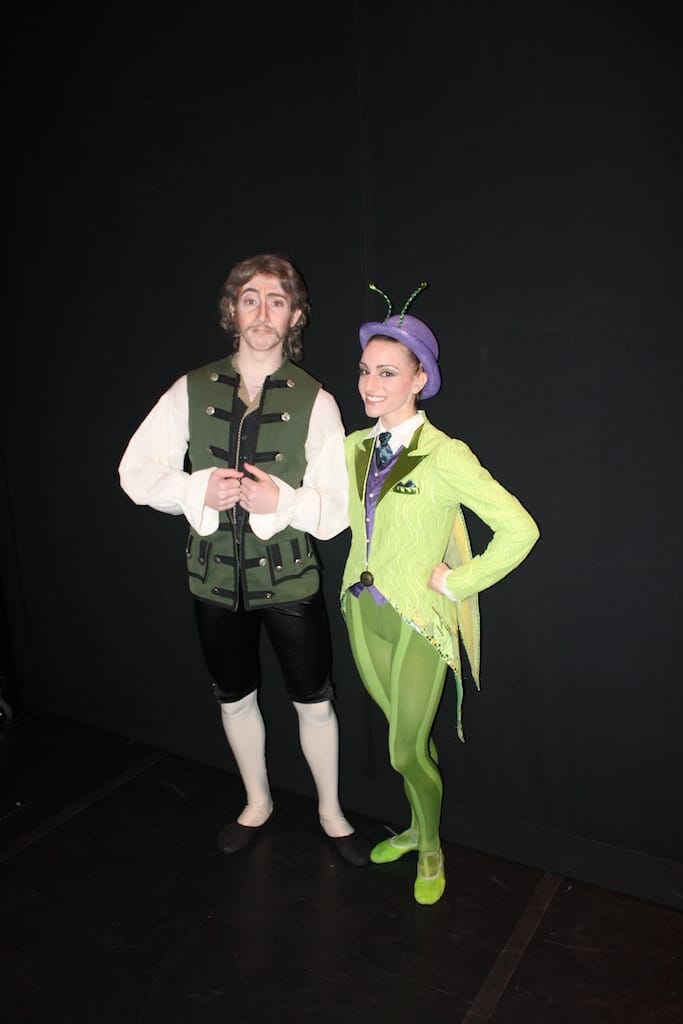 As Nash matured at Atlanta Ballet, it was clear she had the technique, the body type and the mindset to shine in contemporary works. She was featured in Alexander Ekman’s Cacti and Tuplet, and in works by Christopher Wheeldon, Jean-Christophe Maillot and Alexei Ratmansky. She excelled in narrative works like John Neumeier’s The Lady of the Camellias and Helen Pickett’s Camino Real. “She had a coquettish acting role in that ballet,” says Hillmer. “She was hilarious.”

Pointe Magazine named her one of 12 Standout Performances in 2017 for her work as a guest artist with Amy Siewart’s Imagery at New York City’s Joyce Theatre. “Jackie Nash left an indelible impression,” the magazine reported. “Where the petite powerhouse shone was in her navigation of the challenging music, Schubert’s rich, dramatic Winterreise cycle. . . . One can only hope that Nash might find her way to New York City stages more often.”

Nash’s musicality is evident in choreographer Claudia Schreier’s newest work for Atlanta Ballet, Pleaides Dances. It’s set to Takashi Yoshimatsu’s impressionistic piano works with their frequent changes in meter and tempo; they could tie any dancer’s brain and feet in knots. But Nash was unfazed.

“She’s very musical and elevates every work she’s in,” says Schreier. “When she’s rehearsing you get a sense of what the piece could be from day one. She absorbs the material and makes it her own in a way that’s exciting to watch. She’s such an asset, a consummate professional, and I will really miss her.”

The right time for a change

Nash’s exit is a huge loss for the company, but she feels it’s the right time to move on and that Terminus is the right place to develop her talents on and offstage. This pandemic year gave her time to step back and re-evaluate her career. “I had this gremlin of a thought,” she says. “It’s a short career, you have to make the most of it. I am turning 30 in September; that might have something to do with it.”

Nash’s favorite role is not what you might expect. It’s Marya in The Nutcracker. She performed the central role for seven seasons in McFall’s annual holiday production, starting when she was 17. Marya is a young girl on the cusp of becoming a young woman, which in a way mirrored Nash’s journey in those years, when she matured from age 17 to 24. She enjoyed the role for its acting challenges but also wanted to dance the Dew Drop Fairy role. She  did, in 2017, the last year the company performed McFall’s production. 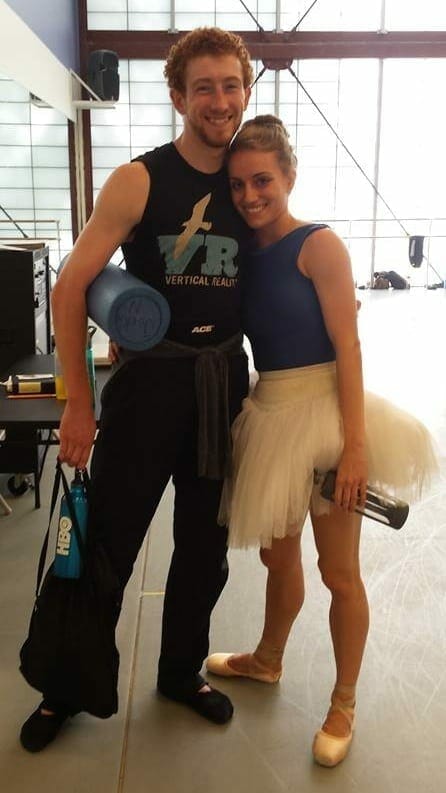 Dancing the lead in classics like Giselle or Swan Lake is often the goal, the pinnacle, for professional dancers. While Nash would love the chance to inhabit these defining roles, she’s practical about her strengths. “It’s a subtle thing,” she says. “I think I have an unconventional way of thinking about how to be fulfilled as a dancer. Casting is not the be-all and end-all for me. There is so much more. I know it sounds trite, but there are no small parts. I take that to heart, seriously.”

British choreographer Liam Scarlett chose her for the lead in his ballet Catch, which became one of those fulfilling moments and gave her a boost of confidence. Starstruck by the young and demanding choreographer, she was surprised when he told her, moments before the curtain at the premiere, “Do whatever you want,” trusting her totally to embody his vision. It was a game-changer, she says. “I did every show of that ballet. It was a special time.”

The news of Scarlett’s sudden death this year, at age 35, came a few weeks after she gave her Atlanta Ballet notice and caused her to reflect on the fragility of life.

Nash is delighted that the choice she made as a 17-year-old was the right one for her. Many young dancers hop from company to company to find the right fit for their artistic goals and technical strengths. She found it on the first try. She landed in a city she loves, met a man she loves (she and Gill were married in 2017) and now has a house and garden she enjoys “all within this unconventional career.”

What will she miss the most about Atlanta Ballet? It’s not the Firebird or her many other standout roles. It’s nurturing younger dancers. “I feel bad that I won’t be that person anymore,” she says, tearing up.

She sees herself becoming a repetiteur or rehearsal master, not a choreographer — Gill is a prolific dance maker at Terminus and having two in a marriage may be too much, she says, joking. She’s looking forward to dancing in his holiday ballet Marley Was Dead, To Begin With, and the many other contemporary works in Terminus’ repertory. She’s also excited about taking on non-dancing roles, contributing to the company both on and offstage.

Fans who want to see her one more time with Atlanta Ballet can do so Friday–Sunday (May 7–9) at Georgia Tech’s outdoor stage. She’ll dance in Pleiades Dances and Dr. Rainbow’s Infinity Mirror all three nights. “I know I am going to be so full at that last performance,” she says, tearing up again. “I think everyone will be taking in that moment, the way I have when watching another dancer’s retirement show.”

It’s likely there will be other tears too, both onstage and in the audience. We’re just lucky she’ll still be in Atlanta.