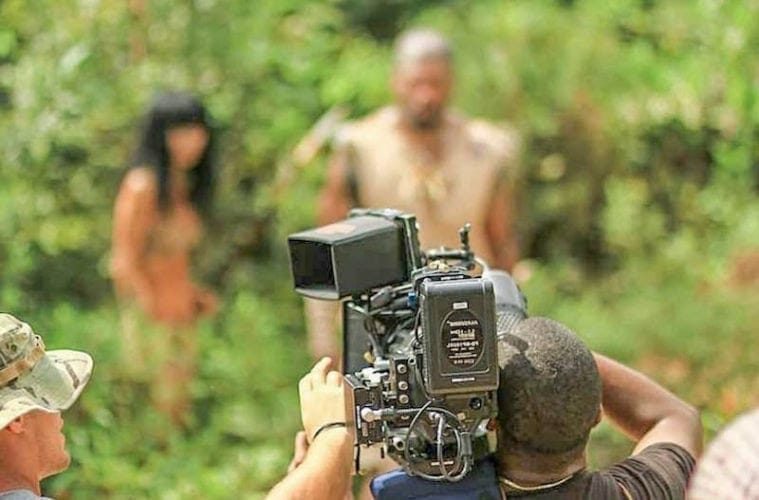 When Senate Bill 202 — the Georgia voting bill imposing new restrictions on mail-in ballots — was signed into law in March, nervous Georgians in the film and TV industry wondered how long it would take for the rest of the country to notice. The answer: not long.

Major League Baseball acted first, moving the 2021 All-Star Game from the Atlanta Braves’ Truist Park to Denver’s Coors Field, home of the Colorado Rockies. Producer Antoine Fuqua and actor-producer Will Smith announced that they were moving their high-profile film Emancipation from Georgia to New Orleans. The film, with Smith playing an escaped slave who  joins the Union Army, is being made for Apple TV+.

Others in the industry also voiced disapproval. Mark Hamill (Star Wars) and James Mangold (who directed much of Ford vs. Ferrari in Atlanta and Savannah) and is signed for the new Indiana Jones movie, have indicated that they would not film in the area as long as the law is in place. The Directors Guild of America wrote a letter to Gov. Brian Kemp, signed by president Thomas Schlamme and national executive director Russell Hollander, decrying the new law.

“On behalf of the more than 18,000 members of the Directors Guild of America, including more than 400 who make their home in Georgia, and hundreds more who choose Georgia as the location for their film and television projects, we write to condemn the voter suppression law Senate Bill 202, which threatens to undermine the pillar of our democracy — the right to vote,” the email said. “President Biden has referred to the law both as an ‘atrocity’ and as a modern-day version of Jim Crow.” 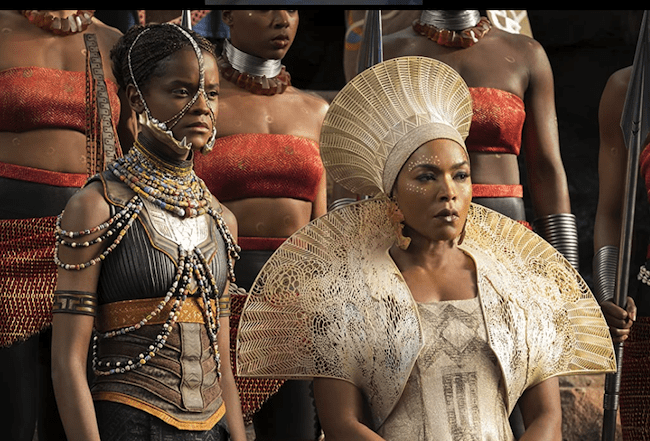 Leticia Wright (left) and Angela Bassett are both scheduled to return for 2022’s “Black Panther” sequel, “Wakanda Forever,” which will shoot in Georgia.

After that flurry of activity, however, boycott calls have quieted. Others in the industry have expressed support for remaining in Georgia. Black Panther II director Ryan Coogler posted a letter on the Shadow and Act website indicating that the 2018 film’s sequel will not leave Georgia and that he’s committed to raising awareness about how to overturn the law. Atlantan Will Packer (Ride Along, Think Like a Man) indicated that he opposes the law, but leaving Georgia would hurt the production crew.

The law imposes new restrictions on mail-in voting, requiring mandatory proof of identity for absentee voting, makes it criminal to pass out water and food to voters in line and gives the state election board the power to override decisions made by counties.

Direct spending from film production — feature films, independent films, TV shows and video — in Georgia fell to $2.2 billion in fiscal 2020 fiscal, down from 2019’s $2.9 billion because of COVID-19.

Representatives from Tyler Perry Studios declined to comment but pointed to a statement Perry made to website Deadline.com. “I’ve been here a few times with the anti-abortion bill and the LGBTQ discrimination bill,” the Perry statement says. “They all sent a shock wave through Georgia and the nation, but none of them managed to succeed. I’m resting my hope in the DOJ taking a hard look at this unconstitutional voter suppression law that harkens to the Jim Crow era.” 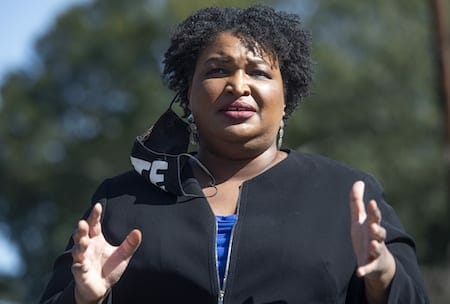 Activist Stacey Abrams called on those who do film and TV projects to stay in Georgia and fight for fairness.

Stacey Abrams, who ran against Kemp in the 2018 governor’s race and then founded the voting rights organization Fair Fight Action, recorded a video opposing any boycott. “I understand the passion of those calling for boycotts,” she said. “Boycotts have been an important tool throughout our history to achieve social change. But here’s the thing: Black, Latino, AAPI and Native American voters, whose votes are the most suppressed under SB 202, are also the most likely to be hurt by potential boycotts. To our friends across the country, please do not boycott us. And to my fellow Georgians, stay and fight, stay and vote.”

Two weeks ago Atlanta actor Bethany Anne Lind (Ozark, Blood on Her Name) wrote a column for The Hollywood Reporter — republished in ArtsATL — headlined “Hollywood, There Are Better Ways to Protest Georgia’s Voting Law Than a Boycott,” urging the industry not to give up on Georgia. She’s not sure exactly what impact it made. “I had several folks email or private message me that I had to helped them see it in a new light,” she says. “They weren’t necessarily movers and shakers in the business though, but people who might’ve supported a boycott otherwise. “

One prominent supporter is Charles D. King, who produced the Oscar-winning Judas and the Black Messiah, who tweeted his support of Lind’s stance.

Jono Mitchell, an Atlanta actor, director and writer (Hillbilly Elegy, the upcoming Courtney Gets Possessed, Retreat), hasn’t seen any immediate effects to the industry in Atlanta. “That’s due in large part to the way the government in Georgia continues to light a fire under all of our asses,” he says. “We continue to get up, we continue to fight, and we continue to show that we are not going to take the archaic nonsense from our government.”

He says that those in the Georgia TV/film industry are firmly in the middle, with some people nervous and putting up a fight. Yet he sees another side, too.  “I think there is an air of confidence from many people in the industry after seeing how everyone responded to the [2019] heartbeat bill and the boycott then and that we didn’t lose much during that time. An air of confidence that we’ll be OK and come out of it. If anything, during that time our production numbers grew.” (The Kristen Wiig comedy Barb and Star Go to Vista Del Mar was the sole major casualty of the heartbeat boycott). 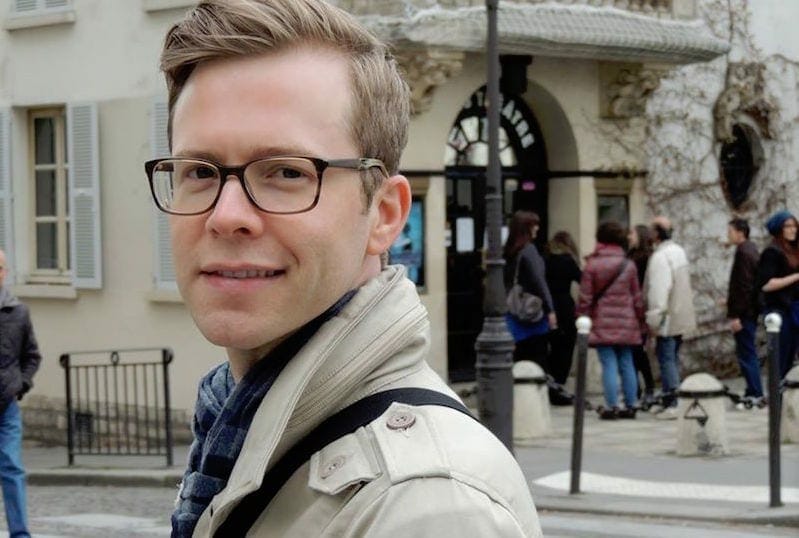 “I think people are realizing things are changing here and progress is happening,” says Clifton Guterman of Big Picture Casting.

In the past few elections, Georgia went blue and purple in large part because of Hollywood’s presence in the state. “People from a lot of different places are adding to the numbers to maintain the liberal stance in the city,” says Mitchell. “As we see people boycotting to leave, that is exactly what Kemp and his camps wants. If they pull out, the numbers go back to red.”

As the new head of the film and TV division at Big Picture Casting, Clifton Guterman has mixed feelings. Overall, though, he’s optimistic. “For me, this feels very different from the boycotts of the past or those times when it seems to have snowballed quickly to boycott Georgia,” he says. “It seems like right after the bill passed there was chatter and some high-up people in Hollywood made comments and posts and then Will Smith pulled his movie. After that, though, it leveled off quickly. I think people are realizing things are changing here and progress is happening. Abandoning Georgia at a time when work is needed would be just cruel and not smart business.”

Lee Thomas, Deputy Commissioner of the Georgia Film Commission, says she’s not aware of any film or TV projects except Emancipation that have left the state. At least 49 projects are shooting or prepping to shoot here.