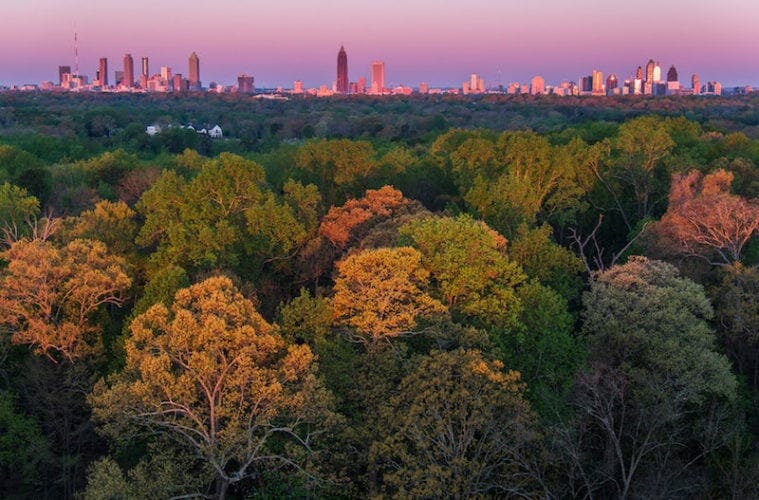 “We’re not an active exhibiting gallery, but we create that Web magic,” says Lumière gallery director Tony Casadonte. Lumière’s market was already built when Covid-19 forced many galleries to master technology and turn brick-and-mortar spaces into online ones.

The 13-year-old gallery, which specializes in classic and contemporary photography, held its last on-the-walls exhibit in March 2019. Its online presence — with videos and educational assets — was huge and Lumière’s appointment-only model worked.

Founder and longtime collector Bob Yellowlees opened Lumière in Buckhead’s Galleries of Peachtree Hills in 2007 with the Pirkle Jones and Friends exhibition. Collaborations are just as important as commercial sales. Lumière hosts lectures, educational programming and countless opportunities for college professors, high school teachers and students to learn about photography and its many masters. Yellowlees is committed to creating a 21st-century model for galleries, museums and educational institutions, including partnerships with the Jimmy Carter Presidential Library and Museum, and the Booth Western Art Museum in Cartersville. Lumière has showcased the work of 60 master artists in more than 50 physical and virtual exhibitions. Now online is A Jazz Memoir: Photography by Herb Snitzer, done in collaboration with the Breman Museum. It was supposed to open in April and coincide with the Atlanta Jazz Festival. Then, Covid. Lumière is “where photography is an experience . . . not just a location,” say Yellowlees and Casadonte.

LOCATION: Get the gallery experience online, organized by artist, exhibition and theme. Follow Lumière on Instagram and Facebook. Go to Vimeo for original artist videos. The physical space still exists at 425 Peachtree Hills Ave. If there’s something you’re interested in seeing up close, call 404.261.6100 or email tony.c@lumièregallery.net. “Magnolia Blossom,” a silver gelatin print from 1925 by Imogen Cunningham.

MORE ON CASADONTE: He was born in Connecticut and raised in rural Maryland. He has a degree in photography from New York’s Rochester Institute of Technology and began working in computer graphics in 1982. He lived in South Florida before moving to Atlanta, working as general manager of E-6, Atlanta’s last commercial photography lab until it closed. He loved photography but never saw himself as a “gallery guy” until Lumière. He’s 60 but says he doesn’t feel it. He sold his car a few years ago, so if you see a guy riding an electric bike in Buckhead, it might be him. A silver gelatin print of Louis Armstrong, part of the virtual exhibit “A Jazz Memoir,” featuring work by Herb Snitzer.

QUOTE: “I hope people are finding release and relief online through art. I hope people are becoming inspired, but they should go beyond that. Sometimes photography’s mass participation (e.g. cellphones) makes it harder for individuals to rise up above. Vote with your dollars. Buy the work. It’s a way to show up and validate photographers. You can bring your inspiration home with you and live with it.”