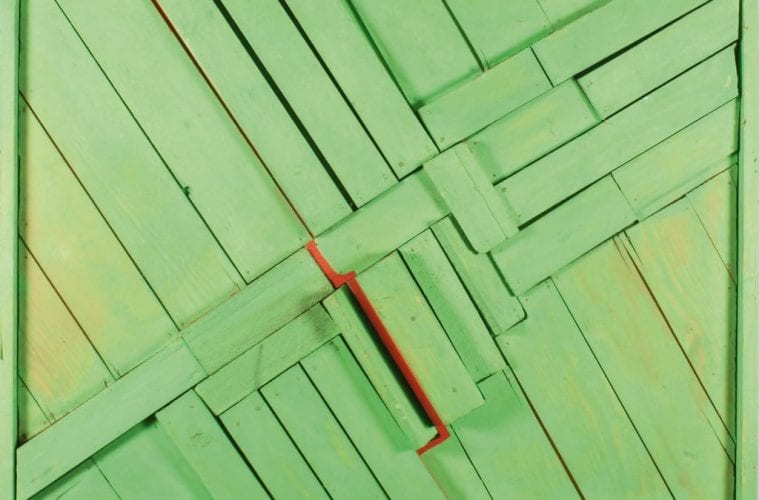 Cullum’s Notebook: Outliers and other outsiders

“Outlier” is a term that resolves several terminological dilemmas in contemporary art. Curator Lynne Cooke has applied it to a hard-to-define group of marginalized artists in her magisterial Outliers and American Vanguard Art exhibition now at the High Museum, where the term denotes artists who have been variously named as folk, self-taught, untrained, vernacular, visionary, grassroots, outsider and other terms. She uses the concept to discuss the gradual reception of their work by the American art establishment. 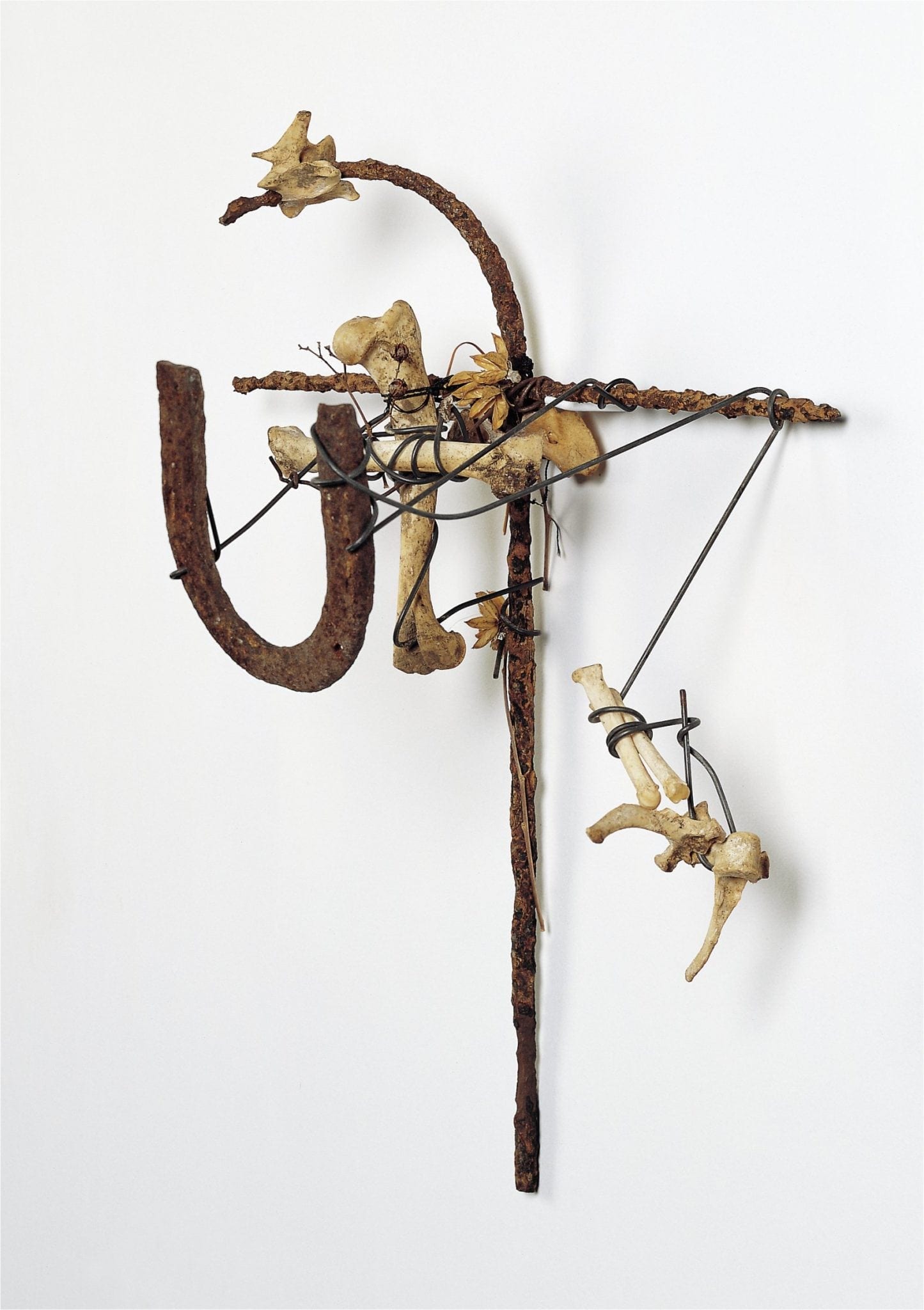 Cooke provides brilliant juxtapositions of artworks that demonstrate how a combination of variously curious insiders, some of whom were artists and others museum directors and curators, found ways to fit these hard-to-define anomalies into the American art system. In so doing, she reframes a great many of the problems that have plagued discussion of how these many different types of untrained (but not always uneducated) or otherwise unassimilable artists should be approached: most notably, she eliminates the question that has bedeviled folk-and-outsider studies, of whether the works should be looked at as independent aesthetic objects or interpreted in terms of biography (hard to exclude when personal experience so often shapes the work). Presenting the history of how the artists have been received over the decades brackets this problem.

The show contains so many provocative combinations of outliers and artists influenced by them that it is a must-see even for viewers who are unconcerned with the question of where this topic belongs in art history.

In the remainder of this column, I want to focus on the many possible uses of the concept of “outlier” beyond the limits of Cooke’s chosen definition. I picture a Venn diagram that, for once, incorporates all the categories of artists who don’t quite fit the accepted system. Not all outliers are artists, obviously, but all artists who are outliers have at least one of various attributes that are, sometimes, mutually exclusive. This is the problem that has led to the jumble of names with which I began: some of these artists are members of traditional communities in which everyone has a visionary experience, some are rural or urban isolates, some are otherwise uneducated self-taught creators, some went to art school but became wanderers, some are self-taught but decidedly non-visionary community activists, and so forth. The categories differ vastly, and the only thing that keeps them together is that all are outliers in ways that are not dealt with in Cooke’s exhibition.

That said, I want to use the “outlier” concept to talk a bit about a very well educated but stubbornly individual African American artist who refused or accepted categories as she saw fit (usually refusing them), who became a much-loved mentor to a generation of students at Spelman, the Atlanta College of Art and elsewhere during her 20 or so years in Atlanta in the final decades of her life. Mildred Thompson is finally en route to being adequately recognized 15 years after her death, with a recent solo show in Manhattan at Galerie Lelong; inclusion in Surface Work, a just-closed show of women abstractionists at Victoria Miro Gallery in London that presented work by Yayoi Kusama, Helen Frankenthaler and a host of other well known and insufficiently known figures; and a room at the 10th Berlin Biennale devoted entirely to her wood assemblages from her years in Germany.

I want to focus on this last, both because the work is extraordinarily exciting and because readers with the budget to allow for travel can still see this Berlin exhibition through September 9. Since the greater part of Thompson’s other work is still in Atlanta, we can hope that portions of her wide-ranging oeuvre will see public exhibition here sometime in the near future.

Thompson was best known in her Atlanta years for paintings and prints devoted to “making the invisible visible,” the title of her most influential academic course, which looked at ways of representing the invisible forces shaping our lives on earth. Particle tracks, magnetic fields and other analyzable parts of the unseen world were forces in themselves that became subjects for paintings. However, Thompson’s disinclination to fit her work into invisible social contexts also played a part in representing the unseen world, simply by refusing to conform to expected social and ethnic agendas for African American artists of her time period. In a sense, Thompson cared too much about her love-hate relationship with a sexist and racist America to oversimplify it by incorporating it into her art. Her work is important for what is there and for what is not there. 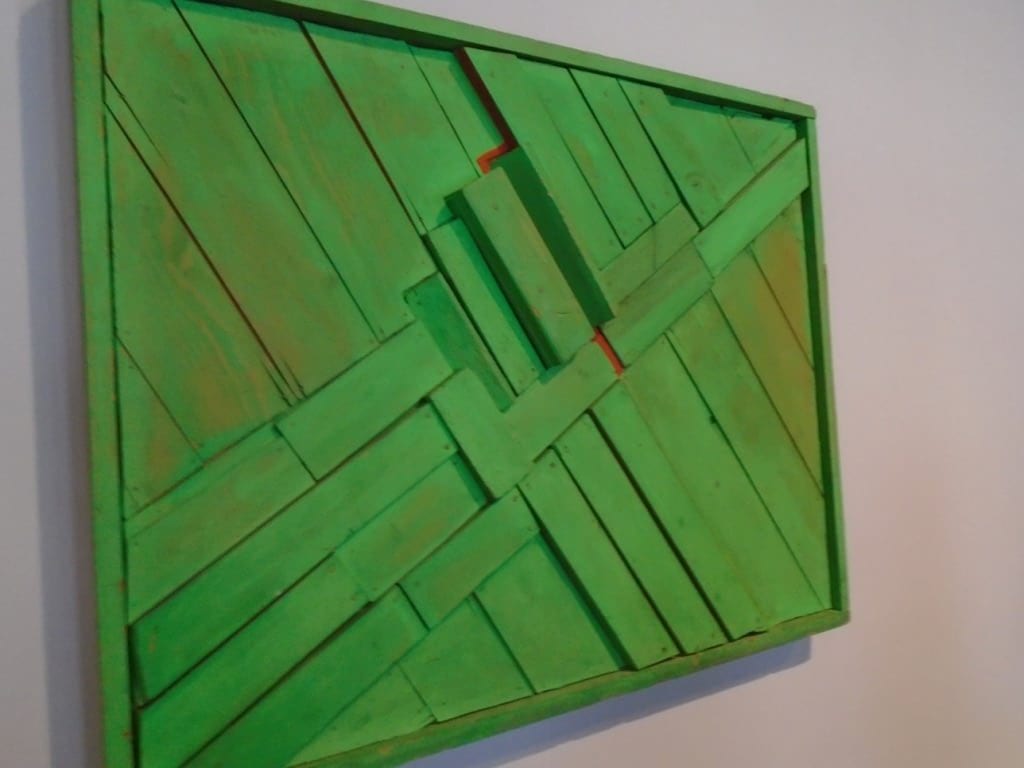 Thompson’s work during her years in Germany (four years of study and 10 years of teaching, interrupted by a two-year stint in New York) was more personal, although unsettlingly engaged with history in a series of self-portraits in which she wore a gas mask she had uncovered during a walk in the woods. The “wood pictures,” dating from 1969 to 1974, fit attractively into the categories of international modernism: Kurt Schwitters’ found-wood wall pieces are one example of a predecessor.

Thompson, however, created assemblages in which angles of vision matter. A green-painted untitled work, in particular, bears a dramatic red slash through the dominant color that disappears almost completely viewed straight on or from the left but emerges dramatically when viewed obliquely from the right.

Thompson was a self-selected outlier — in the wider sense of “outlier” that can embrace an extroverted art-school-educated artist from a middle-class family. Her stance to one side of mainstream expectations formed part of her difficulties in finding a place in the art world in which she participated actively. It’s no wonder that her career, which in addition to traditional visual media included collaborative filmmaking, electronic-music composition and blues performance, is only now being evaluated by a world of settled genres that found her as disconcerting as any self-taught vernacular creator.

The concept of “outlier,” when defined in terms of “uncomfortably excluded from mainstream institutions” or “operating outside the expectations of dominant institutions or models for behavior,” allows us to realize that power is a relative thing, but exclusion is not; many of the institutions and/or paradigms that find outliers hard to deal with are themselves excluded from or dominated by more institutions or paradigms that wield greater power in the world. So I want to end this column with a discussion of a new exhibition by two mid-career (or beyond) artists who have never quite found a niche in the Atlanta art world, no matter how we define it — and I do this with the understanding that the list of such artists is considerably longer. This small show, which sheds light on much larger problems without setting out to do so, just happens to be the one going at this particular moment.

Galeria Regina is presenting an exhibition of new work by Lisa Shinault and Phoebe Maze, AparTogether, from June 30 to August 18, and it is already illustrative of the artists’ outlier status that despite its central location in the Oakhurst neighborhood, the gallery is reliably open only during the 5–9 p.m. receptions on July 7 and August 11, on Saturdays from 1 to 4, or by appointment. 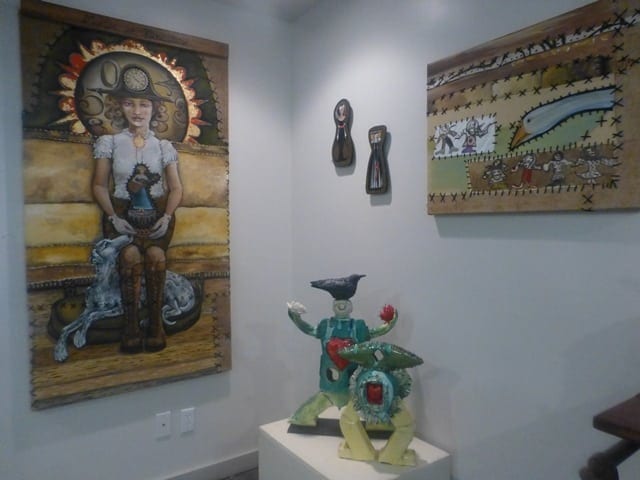 Shinault has been noted, intermittently, for 20 years for her witty and/or poignant allegories of women deemed “difficult” or otherwise frustrated by the disjuncture between their talents and wishes and the world’s social expectations. This is a longstanding feminist theme, but Shinault approaches it from a poetic angle of vision that excludes her work from more insistently political forms of the genre. The uncertain conceptual status of work that operates by its own codes may be one reason her oeuvre has been received, or not received, with ambivalence or bewilderment in some circles. The same might be said, for different reasons, of her co-exhibitor Phoebe Maze.

Shinault’s paintings involve a complex personal symbolism in which trance-like states induced by music play a role both in the visual details and the actual creation of the images. The challenges faced by women beset by personal tragedy are represented by missing limbs replaced by various idiosyncratic forms of assistance. Many works are assembled from scraps of previous work, bound together by black yarn to render the junctures deliberately obvious. Other paintings involve birds, blowing curtains and such figures as a Raindrop Gatherer. Maze’s ceramic pieces have their own idiosyncratic qualities, but are influenced by such unconventional art-historical associations as her personal observation of the small temples erected by Nepalese guides on Mount Everest.

Shinault and Maze are not marginalized by virtue of social class, ethnicity or self-taught status, but neither fit into accepted categories that are scarcely noticed until someone’s work and biography fail to fall into them. The type and quality of discomfiture their work may rouse in established circles suggest anew that the boundaries between the so-called mainstream and assorted outsiders and visionaries need to be redrawn even more radically than Lynne Cooke has chosen to draw them. (Many of her exhibition’s outlier-influenced artists from the so-called mainstream ought to be recategorized as distinct outliers in their own right.)

In its independence from tradition and dependence on moments of personal inwardness, the following from Shinault’s artist statement would not seem out of place if it were asserted by a self-taught visionary outsider: “Gloved hands and ducks, to me represent a source of help and inner strength to rise above tragedy. . . . Veiled curtains show up in many works representing the bedroom curtains from my childhood as I lay trance-like in bed, listening to music, or the sounds of the earth.” Maze is more self-consciously influenced by precursors, but her uses of them, and of repeated history-of-religions themes such as birds as spiritual guides, bypass the obvious visual qualities of the models and move directly into a realm of personal discovery that can’t be comfortably meshed with any of them.

Those who want more details on my take on all of this may want to seek out my forthcoming review in Material Religion magazine of Daniel Wojcik’s Visionary Worlds: Outsider Art and Trauma. In it, I note that Wojcik’s survey unwittingly provides the evidence that we need a new term to encompass an extraordinarily unwieldy range of artists whom he calls “outsiders” even though some of them are not outside of much except the professional art world. “Outlier” is the term that fits the bill, but I hadn’t yet encountered Cooke’s usage when I wrote the review.

The Mildred Thompson artworks cited here are also discussed by curator Nomaduma Rosa Masilela in the catalog of the 10th Berlin Biennale for Contemporary Art, which will be available in the United States as of July 14. Outliers and American Vanguard Art continues at the High Museum through September 30. Galeria Regina, 409 Mead Rd. Unit 5, can be contacted at 404-881-9968, or at galeriaregina@comcast.net. Appointments can also be arranged through Lisa Shinault at lishinault@comcast.net.