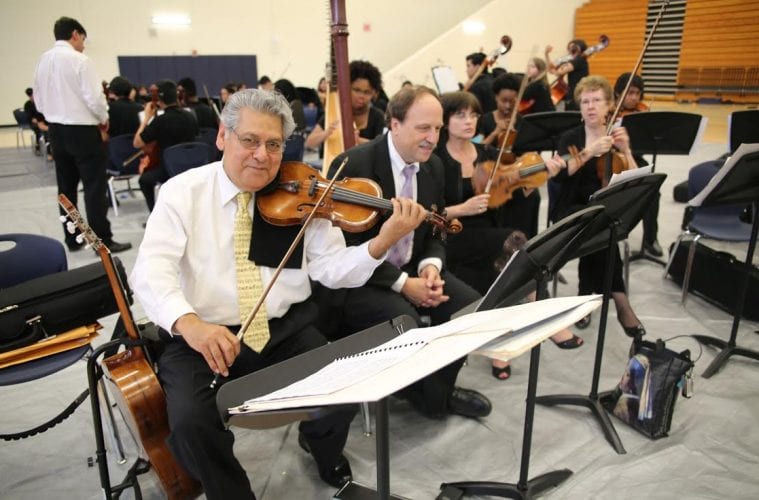 Juan Ramírez Hernández is a longtime violinist with the Atlanta Symphony Orchestra. Last month, he was one of five orchestral musicians in North America to receive a Ford Musician Award for Excellence in Community Service at the 2018 convention of the League of American Orchestras in Chicago.

For Juan Ramírez, it was a well-earned honor. In addition to being in the ASO, he is active as a composer, conductor, educator and avocational chef. Although he is best known for his musical outreach work in the Latino community, Ramírez’ impact spans the broad spectrum of Atlanta’s diverse populations.

He is the founding artistic director of the Atlanta Virtuosi Foundation, Inc., under which he established the Buckhead Youth Orchestra and Casa de la Cultura-Atlanta, both in residence at Covenant Presbyterian Church.

He also founded Music for Success! — an educational program that partners with metro Atlanta educational institutions to provide professional string training to young elementary and middle school children of diverse backgrounds. This season also marks his 14th year as artistic director and conductor of the Atlanta Community Symphony Orchestra. 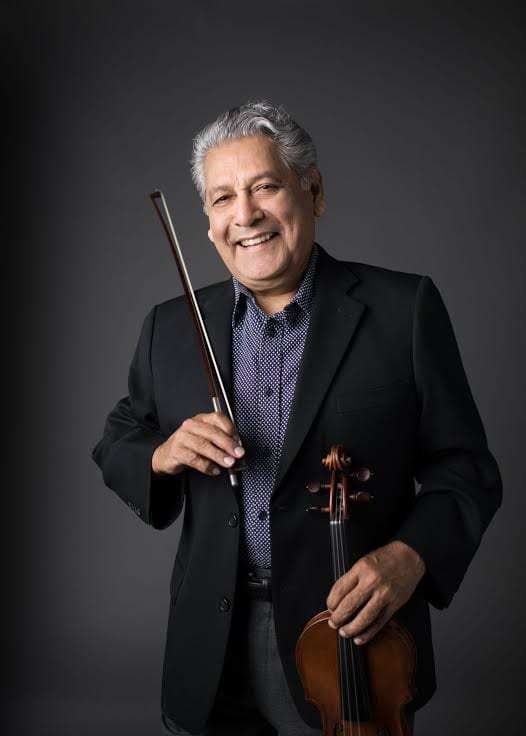 Ramírez was hired by Robert Shaw in 1973.

In addition to the Ford Award, his past accolades include the prestigious Serge Koussevitzky and Leonard Bernstein awards, the Loridans Arts Award, Governor’s Award in the Humanities (Georgia) and a World Chamber of Commerce Cultural International Hero Award. He was named a Lexus Leader of the Arts by Public Broadcasting Atlanta (WABE radio and WPBA television in 2004). Ramírez has served on the board of directors of the Sphinx Organization and the Oglethorpe University Museum of Art.

ArtsATL spoke with Ramírez following his return to Atlanta from the League convention in Chicago.

ArtsATL: One of your ways of being a symphony musician is to also be involved in the larger community.

Ramírez: Even before the community outreach was established at the ASO, I’d been doing concerts for the Latin-American Association for 12 years. Then I was one of the founders of the ASO’s outreach program and the Talent Development Program.

In 1977, I founded the Atlanta Virtuosi Foundation. We used to give between 14 to 16 concerts a year at the Academy of Medicine building on West Peachtree. We did so many chamber music concerts, and we commissioned many composers. We did that for 20-something years. Then I decided to change gears and make an emphasis more to education. In the year 2000, I started the Buckhead Youth Orchestra for young people through high school, and then in 2004 I started conducting the Atlanta Community Orchestra.

ArtsATL: You were one of five orchestral musicians given a Ford Musician Award for Excellence in Community Service at the League of American Orchestras convention in Chicago last month. What does the award recognize?

Ramírez: What it’s all about is, what do you do in the community aside from your work with the symphony? Some people have different ideas about how they work in the community. My emphasis is always in music. I am thankful that the award represents my work outside of my duties as a member of the symphony, and my thanks also go to my Atlanta Symphony colleagues who have believed in my efforts to bring performances to our diverse metro Atlanta communities.

They had a panel discussion with the five of us and [the] audience. We were supposed to answer some questions, why we were selected and how do we see the symphony orchestra really emerging into the community. There was an interesting dialogue between the audience and us, because all of these people are concerned about the future of what the symphony represents in the community.

The message that I got there, and I have not completely assimilated it, is there are so many people talking and giving opinions, pushing the envelope to say we need to change the color of the symphony orchestra. They want to get rid of that curtain they use at auditions in preliminaries. That is impossible, because when you audition for a symphony orchestra, first of all a symphony orchestra wants to get the best people possible to come audition, and with the curtain that gives an opportunity to be really more democratic. When you take the curtain away there is favoritism that has really nothing to do with quality.

ArtsATL: So your perspective is that, rather than removing the curtain, the best thing to do is to prepare more minority students to be “the best,” fully ready to win auditions on their musical merits? 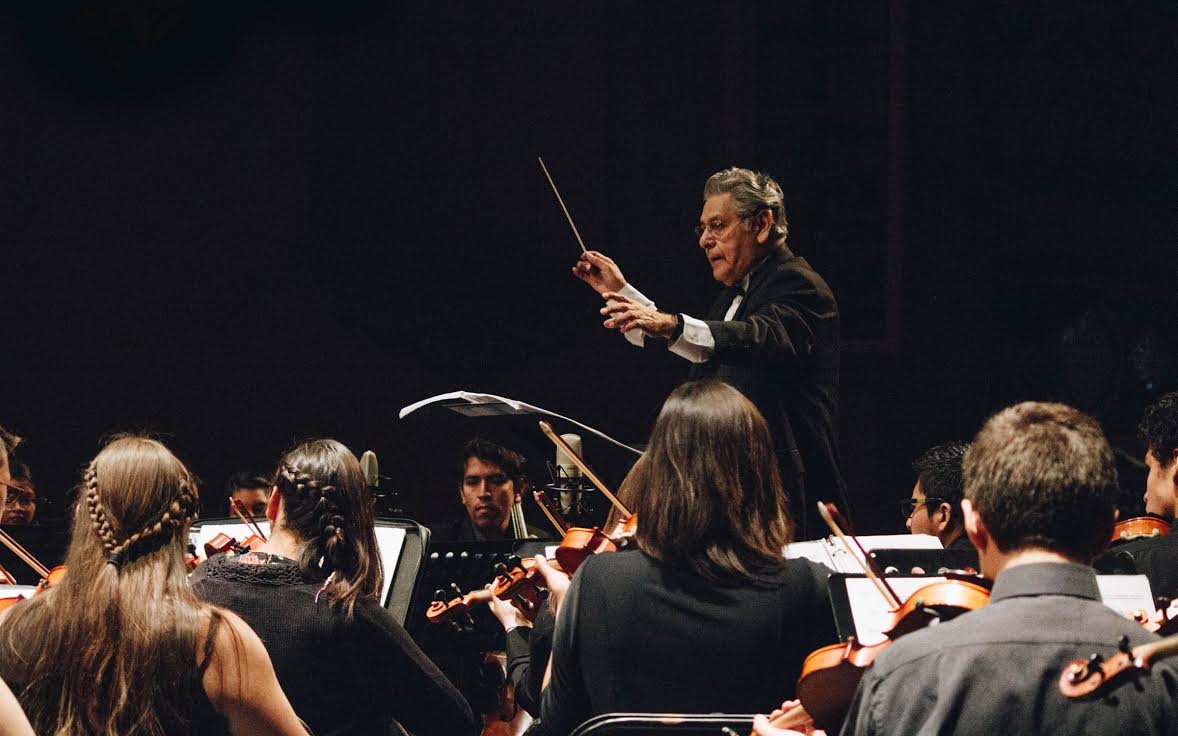 Ramírez: Exactly. Many years ago, they had me come and talk to the Civic Orchestra of Chicago about minorities, and one of the questions was: “How do you successfully audition for the symphony?” I told them, I came from Mexico. I had great teachers. Then I studied in the United States, and I never considered myself a minority. I learned that word when I came to this country. They classified me as a minority, and to me it is not a thing. When I auditioned, I got jobs, first in Boston and now Atlanta — not because I was a minority, because there was a curtain there. We cannot really think that in order to change the color of the symphony orchestra we need to take that curtain down. There’s no way. It would be very unfair to everybody. That’s not what a quality symphony orchestra is all about. Everybody has to work hard.

ArtsATL: How then do you best encourage this drive to achieve, to be “the best” in classical music among young people who grew up with hip hop, rock, pop or jazz, or a specific ethnic music tradition, and who may not have an intrinsic cultural feeling for European-American orchestral traditions?

Ramírez: I mentioned in this session in Chicago, that when a composer writes something — especially if the composer is no longer alive — we have to help students understand through musical symbols. But oral tradition is the most important. It is impossible to write books about everything. There are some things you learn only from the oral tradition. The oral tradition must keep going.

ArtsATL: So a big piece of educating a diverse younger generation is through that living oral tradition that comes by way of direct mentoring? 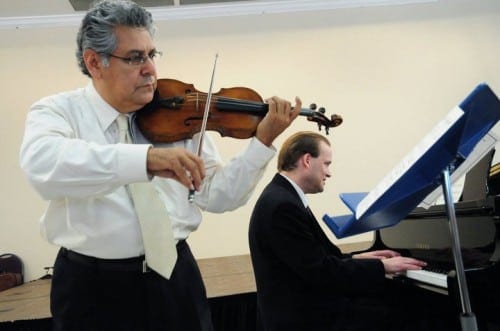 Ramírez performs one of his own compositions in 2012. (Photo by Nick Arroyo)

Ramírez: Exactly that. When you go into a museum and see great art, the painting or the sculpture is already finished. Music is never finished. We need to preserve that knowledge that we have taken from great teachers, their love for music, to continue the traditions that we have learned from the great masters, the great teachers, to put in words and try to do this orally to the younger generation so they understand the value of the artistic gift of the great composers and interpreters.

When I look at the great teachers that I had, most of them are gone. Even though some of them recorded a lot and we hear them through recordings, what stays with me is their concepts, what they taught me, what they learned from their mentors. This is the kind of tradition, experiences, we can give to the younger generation. It’s a cultural legacy that we need to maintain and keep it going.

ArtsATL: You were born and raised in Mexico. What were your early musical studies like, and what brought you to the United States?

Ramírez: First of all, I studied at the National Conservatory of Music in Mexico City. Very interesting because immigration is now a big topic, and in Mexico all my teachers came from Russia or from Italy or from Hungary. Mexico welcomed them because they wanted to build a great school of music, even though there were also a lot of Mexican teachers and composers. One of my first teachers was from the Academy of Rome, Ivo Valenti. Vladimir Vulfman came from Russia. He was assistant professor in the 1930s in Paris, married a Mexican and got to Mexico. He was the one who introduced me to Henryk Szeryng. Henryk Szeryng was one of my mentors and one of the persons that really helped me. Every summer I went to Geneva or Paris to study with him. Then he said, “You must come to the United States.” I was fortunate to have these teachers.

Mexico at that time had a lot of good relationships culturally with Russia, and there were many of my colleagues that went to study in Russia at that time, around 1958. I had a scholarship to go to Moscow to study at the conservatory. I could do violin lessons. Szeryng said come to the United States. I had a visa for Tanglewood in 1967, and I met Joseph Silverstein, the concertmaster of the Boston Symphony. I went to Tanglewood and studied with him and then to the New England Conservatory for five years. I was supported by these great teachers. I was at Tanglewood for four summers.

ArtsATL: When did you join the Atlanta Symphony Orchestra?

ArtsATL: What brought you from Boston to Atlanta?

Ramírez: I was in school, and then I auditioned for Boston Symphony. I didn’t have a contract, because I had an F-1 visa, which will give you part-time. Then I was not even a resident. Then they offered me a tour with the Pittsburgh Symphony with William Steinberg to the festival in Osaka. I went on that tour, and they wanted to give me a position with Pittsburgh Symphony, but then I was in the position where I had to decide: shall I go back to Boston or Pittsburgh? I didn’t get a full contract, and I was about to get married in ’73, and [my wife] Carol also wanted to be in a symphony orchestra as a violinist. So the manager of the Boston Symphony said, “Juan, here is a position in Atlanta Symphony, and you might have a great life there.” I came to audition for Robert Shaw, and I got in, and then a year later my wife auditioned and she got in. This is my story; this is how we stay here.