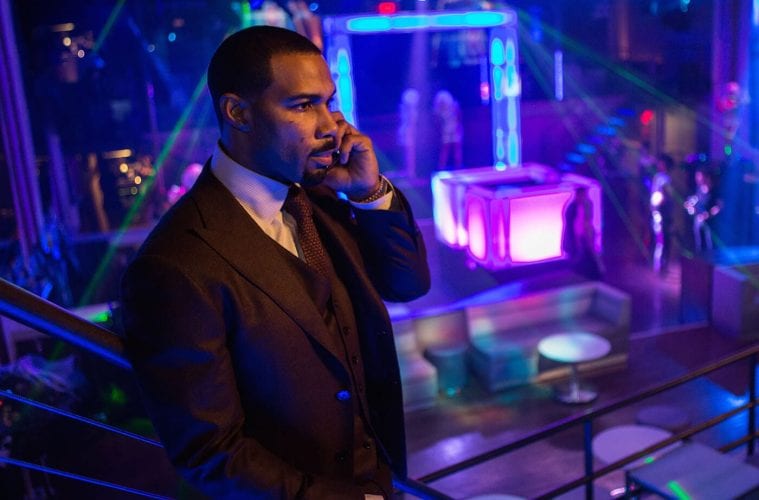 Omari Hardwick wants to inspire young minds and great artists alike. The ambitious Decatur native and lead actor on the Starz hit Power recently came back to Atlanta to share life lessons and words of encouragement with aspiring filmmakers, writers and actors of color.

As an ambassador for Gentleman Jack’s Real-to-Reel program, Hardwick, a self-proclaimed “whiskey drinker and old soul,” partnered with Codeblack Entertainment to present a next-generation film director with $10,000 to fund their project and the opportunity to screen their short film at this year’s American Black Film Festival (ABFF) in Miami.

“The [Real-to-Reel program] was a no-brainer for me. I was giving back and paying it forward,” says the loquacious NAACP Image Award nominee. “If you get great young filmmakers that are in front or behind the camera and they’re telling good stories, I can be an emblematic person and face behind them to support them the best way I can.”

Coming back to Atlanta, now a multibillion dollar film and television market, reminds Hardwick of his own humble beginnings. An exceptional athlete with former NFL aspirations, the Marist School and University of Georgia alumnus also wrote poetry and performed spoken word. The arts, he says, are his passion. The heartthrob honed his craft performing Off-Broadway and in “hole-in-the-wall theatres” across New York City, Chicago and Los Angeles. Determined to make it in show business, the former Being Mary Jane costar lived out of his car and frequently showered in a YMCA. Struggling, Hardwick says, didn’t matter. He worked odd jobs as a security guard, substitute teacher, coach and firefighter. 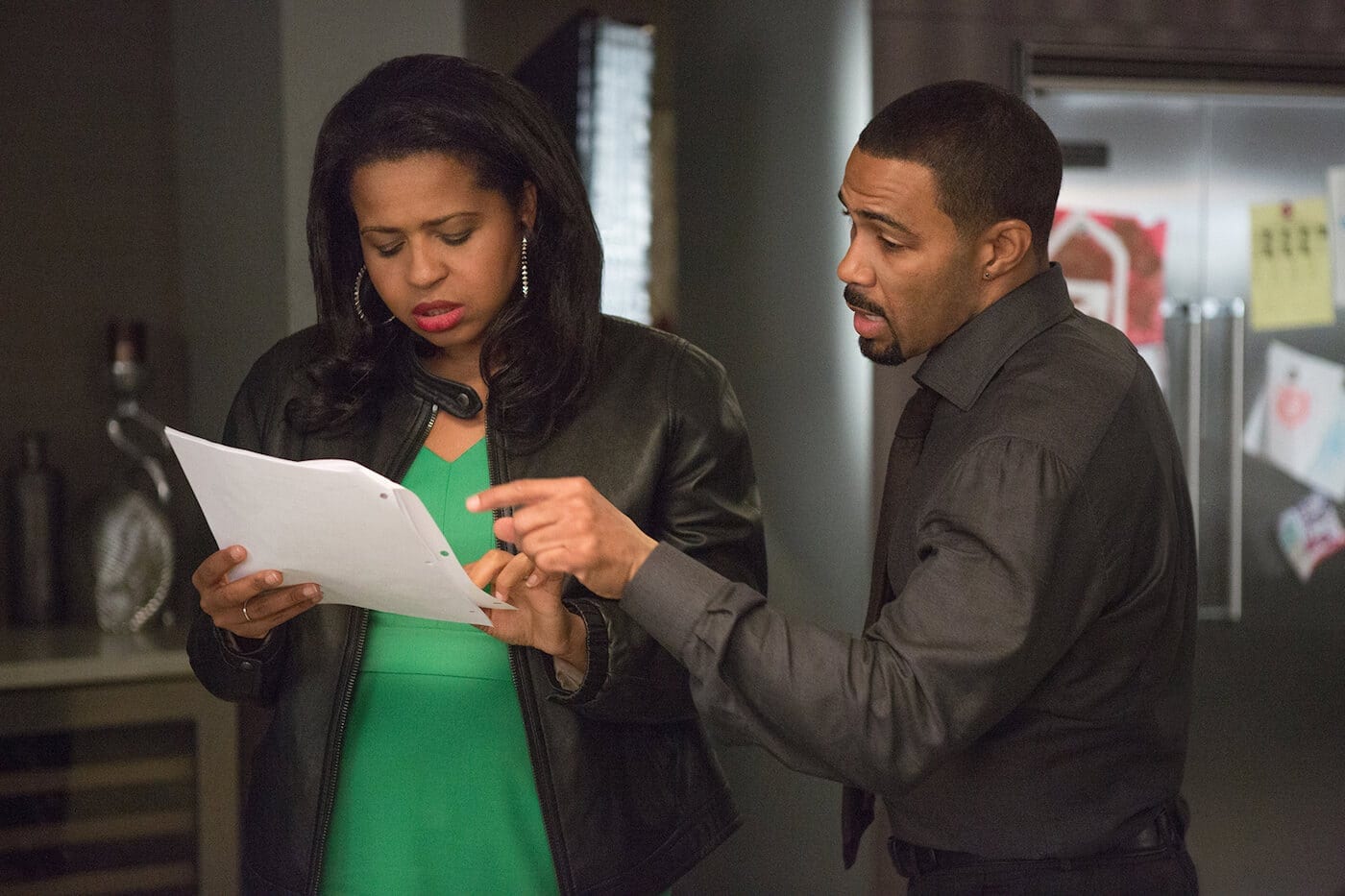 Now anytime the Black Reel Award recipient drives past trailers on sets throughout Atlanta, he notices how they closely resemble productions in Los Angeles. The sight makes Hardwick slightly homesick for Atlanta since it’s now a film and television destination. “I could’ve messed around and in theory stayed here,” says a pensive Hardwick. “I didn’t have to leave. I still would’ve gone by personality. A man must go away at some point to become that.”

Hardwick, a mentor to Ballers costar John David Washington and Cleveland Cavs point guard Kyrie Irving, adds: “I’m like ‘Atlanta has become Hollywood? When did that happen?’ I’m extremely proud that there are the opportunities for folks to stay right here and follow their dreams in the entertainment industry. It feels like we came a long way.”

Creating opportunities for creative people of color is something he’s deeply invested in. Hardwick takes pride in his filmography consisting of Sparkle, For Colored Girls, Middle of Nowhere, I Will Follow, Next Day Air, The A-Team, Miracle at St. Anna, Beauty Shop and Gridiron Gang. His production company, Bravelife Films, provides him with a platform to write, produce and develop projects featuring predominantly people of color. And as a former top-five U.S. Poetry Slam contender, Hardwick has gone on to cocreate the Omari Hardwick bluapple Poetry Network to encourage youth to express themselves via creative writing and spoken word.

Using literature as community outreach, Hardwick shares, is as healthy as frequently going to the gym or hiking. “We created it to cleanse the brokenness that was in these kids that we found in Broward County, Florida,” he says while sipping a cocktail. “We use similes, metaphors, hyperboles and anything that goes into poems.”

Hardwick draws inspiration from literary figures like Langston Hughes, James Baldwin, Sonia Sanchez and Nikki Giovanni. He patterns his versatility after actor, athlete and activist Paul Robeson. “He was a hero of mine for a long time,” says Hardwick, staring upward. “He’s everything to me.”

The much-anticipated Power has been renewed for two additional seasons. Hardwick’s character, James “Ghost” St. Patrick, is a successful New York City nightclub owner leading a double life as a drug kingpin looking to get his life on the right track. The hour-long weekly series is currently the most watched original series on Starz and the second most watched on premium cable television.

Constantly reflecting on his journey, Hardwick says his role on Power is another full-circle moment. The writers’ room for his character is on the exact same lot where he was an extra on the NBC sitcom In the House in the mid-1990s. Walking on those studio grounds, he says, fuels him to deliver stellar performances. “That’s deeply ironic for me, and crazy,” he says.

Hardwick is extremely tight-lipped about Ghost’s story arcs, calling his finely tailored, debonair character “one of the brightest individuals on modern television.” Portraying Ghost has made Hardwick fully aware of his potential.

The actor has upcoming roles in the films Will Gardner, Shot Caller and A Boy. A Girl. A Dream: Love on Election Night. The go-getter is considering possibly co-owning a burger joint and is set to release a sophomore LP of spoken word poetry this year. The LP, entitled Later Decatur and executive produced by Grammy-winning composer Robert Glasper, features cameos from 50 Cent, Method Man, Tank, Melanie Fiona, T.I., Nas, Fabolous and Raphael Saadiq.

Like Ghost, an optimistic Hardwick wants to escape the limelight so he can concentrate on building his legacy. “I had to at some point grow as a businessman,” he says with his arms crossed and back pressed against the plush blue furniture. “I had to become savvier. The industry is such now you can’t sit by a phone and wait as an actor. You have to be hyphenated or a triple threat.”

Conjoining star power with a benevolent entrepreneurial spirit makes Hardwick feel accomplished. He reiterates how much he misses being in Atlanta but enjoys being a working actor of color and positive role model on his own terms. Hoping that his visibility continues to make his community of fans proud, a buoyant Hardwick echoes how he hopes he’s carrying the torch for his forefathers.

“[Paul Robeson] is looking down maybe and saying ‘Omari, you’re cool. You can do this,’” says Hardwick still with his arms crossed, “and Langston Hughes is maybe right there with him saying I’m alright.”