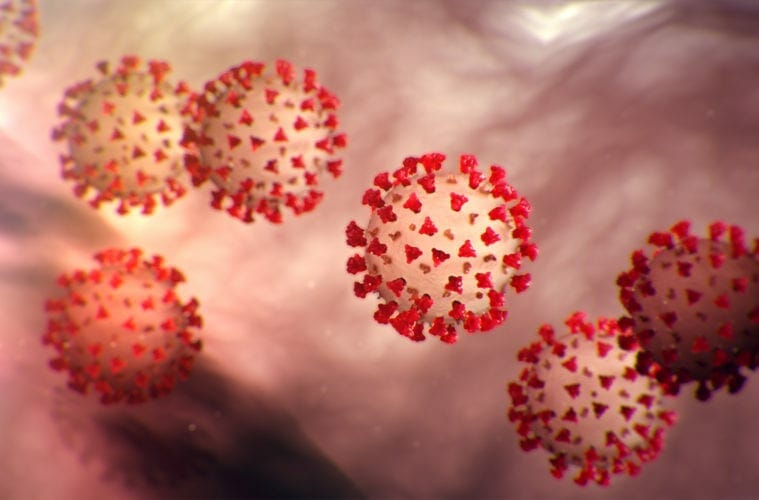 The High Museum of Art announced late Thursday that it is now closed to the public due to ongoing concerns about the novel coronavirus.

“This decision is being made out of an abundance of caution and based upon the guidance of the CDC (Centers For Disease Control and Prevention) regarding ‘social distancing’ and the elimination of large gatherings,” a press release stated. There is no timetable for when the city’s landmark museum will re-open.

The Atlanta Symphony Orchestra has also postponed its “Star Wars: Return of the Jedi” performances scheduled for Friday and Saturday, March 13-14. The ASO said it hopes to reschedule the performance at a point in the near future.

Several Atlanta institutions have either opted to shutter due to the coronavirus or postpone or cancel performances after the World Health Organization on Wednesday labeled the virus as a global pandemic. Most arts institutions said Thursday they are not shutting down performances but are closely monitoring the situation.

Superstar violinist Itzhak Perlman canceled his scheduled performance with the Atlanta Symphony Orchestra earlier this week, citing travel precautions issued in the wake of the spread of the virus. And violinist André Rieu has postponed the remainder of his tour, including a March 15 stop at State Farm Arena.

A performance by the Atlanta Chamber Players scheduled for March 15 at the Ahavath Achim Synagogue is canceled; the group hopes to reschedule the show. And the Atlanta Women’s Chorus has postponed its March 20-21 performances of “She Rises.”

“Out of an abundance of caution, we are taking these measures to protect the health of our patrons, our members and our staff,” Eve Campbell, executive director of Voices of Note — the parent organization of the Atlanta Women’s Chorus — said in a press release. “We regret that our audiences will not be able to see ‘She Rises,’ a show which our members and staff have worked hard to prepare.”

Dad’s Garage Theatre has postponed its annual fundraiser, the “Big Stupid Parking Lot Carnival,” scheduled for March 28. It will be moved to the summer. “Due to a variety of concerns related to ticket sales and safety, we have decided to postpone our fundraiser,” Dad’s Garage Managing Director Lara Smith said in a press release. “We have seen a major stall in ticket sales due to uncertainty over coronavirus, as well as this season’s unusually wet weather. The choice to postpone the event creates an opportunity to reclaim this fundraising revenue in the future, rather than face a significant loss.”

MOCA GA has postponed its March 21 gala. “In the interest of protecting our patrons, artists, volunteers and staff, we have decided to postpone the MOCA GA gala to a later date,” the institution said in a statement on its website. “If you have joined the host committee or purchased a ticket, we will happily transfer your commitment to the new date. If you cannot attend the event on its rescheduled date, we will return your commitment. As an institution that holds significant public trust, we must show sensitivity to this health emergency.”

The Atlanta Science Festival has canceled its Exploration Expo scheduled for March 21 at Piedmont Park. While many events for the festival will continue as planned, the organization said the Exploration Expo at Piedmont Park posed special issues. “Given the hands-on nature of the Exploration Expo and the expected large numbers of people in attendance, the organizers feel it would be best to cancel the event to ensure the safety of the public,” a festival spokesman said in a press release. An updated schedule can be found on the Atlanta Science Festival website.

Other institutions said they are monitoring the situation closely and will follow guidance from the CDC and local officials. They note that the CDC has said the immediate health risk from the virus is considered low.

The Atlanta Opera plans to go ahead with its scheduled performances of Porgy and Bess this weekend at Cobb Energy Performing Arts Centre. The venue will have additional sanitizer dispensers for the public.

The Alliance Theatre plans to continue with its performances. “At this time, we will operate as scheduled until we are otherwise advised,” the theater said in a statement on its website.

Atlanta Ballet said it plans to move forward with performances as scheduled — including Giselle next weekend at Cobb Energy — as well as classes at its Centre for Dance Education.

The Serenbe Institute said Thursday that it — including the Serenbe Playhouse and Terminus Modern Ballet Theatre — is taking precautions for staff and volunteers, but plans to go ahead with scheduled performances.

The Fox Theatre also plans to maintain its performance schedule, as will Synchronicity Theatre. Synchronicity said that tickets can be exchanged for upcoming performances and advised patrons who feel ill to stay at home.

Out Front Theatre Company and Actor’s Express also said they are closely monitoring information coming out of the CDC, and taking preventive hygiene measures in their venues.

Live performances and sporting events across the country have started to feel major impact from the spread of the virus.

New York City’s Broadway was ordered by Governor Andrew Cuomo to go dark until April 12. The South By Southwest conference in Austin, Texas was canceled outright. The Coachella festival, scheduled for next month, is now postponed until October.

The National Basketball Association announced Wednesday that it has suspended its season after a player tested positive for the coronavirus. Major League Soccer, including Atlanta United, announced today that it has suspended its soccer season for at least 30 days. The National Hockey League has also suspended play. Major League Baseball is pushing back its opening day for at least two weeks.

The National Collegiate Athletic Association (NCAA), about to kick off its “March Madness” tournaments, announced today that the SEC, Big Ten, Big 12, Pac-12 and American Athletic Conference tournaments have been canceled. The NCAA men’s and women’s basketball tournaments will be played without fans in attendance.

CNN reports that at least 31 people in Georgia have tested positive for the virus.