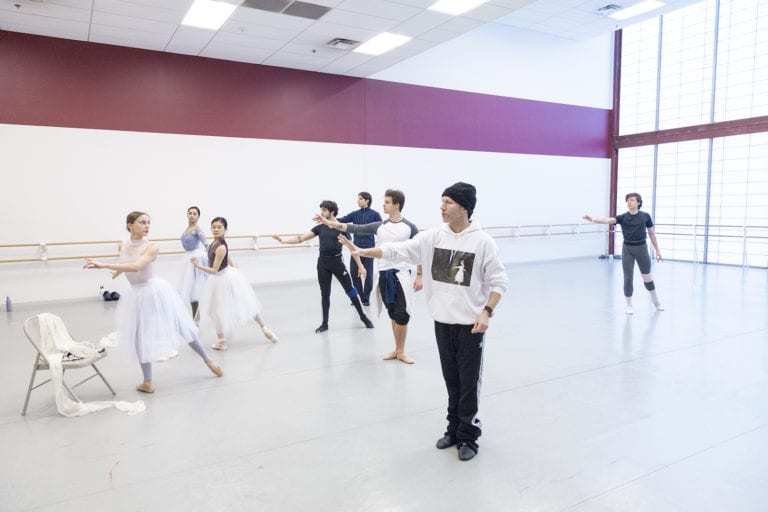 The ever-evolving Atlanta Ballet closed 2018 with the premiere of Yuri Possokhov’s The Nutcracker. This larger-than-life interpretation was as much a tribute to the original 1816 story line as it was to 21st-century technology. In its first offering of 2019, Atlanta Ballet will step back from modern spectacle to present one of if not the oldest and most enduring of romantic ballets, Auguste Bournonville’s La Sylphide. Performances of this sublime love story, accompanied by the Atlanta Ballet Orchestra, will run February 15–23 at the Cobb Energy Performing Arts Centre.

Although originally created by Filipo Taglioni in 1832, it is Bournonville’s 1836 version that survives and is arguably the Danish choreographer’s most celebrated work. Underscored with music by Herman Severin Løvenskiold, La Sylphide spins the tale of a sylph who entices protagonist James Ruben to leave his earthly bride-to-be for the promise of a life that is perhaps too good to be true. Set in the Scottish Highlands, the two-act ballet is an ethereal narrative with menacing witches, magical glades, cauldrons, a magic scarf and a not-so-happy ending.

Bournonville was born into a legendary community of ballet masters and made contributions to the classical canon that were ahead of his time. Within this narrative, male roles are characterized by buoyant, elastic jumps and intricate footwork, while women — whose jumps and footwork are equally complex — float through turns and redefine elegance in their port de bras. La Sylphide is overall a showcase of rigorous training, with a celebration of the human inside the fantastical world.

Artistic director Gennadi Nedvigin’s choice of such a seminal work represents his ambition to deepen and forward Atlanta Ballet’s connection to classical forms. Because the choreography is theatrical, personable and demanding, dancers must become gracious and generous, confident and real. This could be a test of the company’s new resolve.