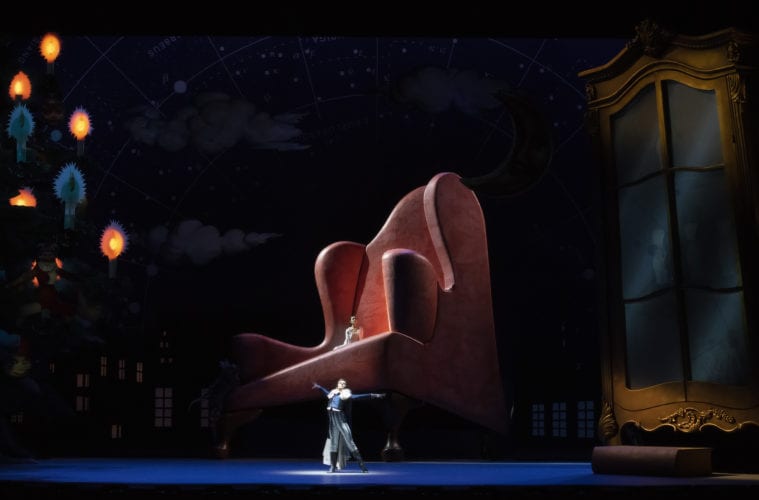 This week's performances of "The Nutcracker" will be the first time Atlanta Ballet has performed at the Kennedy Center. (Photo by Gene Schiavone)

Atlanta Ballet Artistic Director Gennadi Nedvigin danced at Washington, D.C.’s Kennedy Center many times as a member of San Francisco Ballet, but he says nothing beats presenting the company’s new The Nutcracker there. The high-tech production that debuted last year at the Fox Theatre will have seven performances at the center November 27–December 1 with a full orchestra and dozens of local kids.

“It’s a huge achievement for us and an honor to be invited to perform on this prestigious, international stage,” Nedvigin says, noting that it’s the company’s debut at the center. “It’s a recognition of this Nutcracker and of the growth of the company. It’s also a recognition of Atlanta as a cultural center. It’s important to make a statement nationally that Atlanta has an arts scene at the highest level.”

The John F. Kennedy Center for the Performing Arts presents a different Nutcracker each year. Jane Rabinovitz, the center’s codirector of dance programming, explains, “We see it as an opportunity to showcase regional ballet companies, sometimes slightly smaller companies, who haven’t had a chance to come to the Kennedy Center before.” Ballet West, Joffrey Ballet, Kansas City Ballet and Cincinnati Ballet are among those who’ve had the privilege. D.C. audiences can enjoy many different versions of the holiday classic instead of seeing the same production year after year, she says.

The fact that the Atlanta Ballet production was only a year old also appealed to her. “No one outside of Atlanta has seen it yet, which makes it exciting for audiences here,” she says.

Taking a full-scale production like The Nutcracker to a theater where the dancers have never performed, with only three rehearsals on-site, is hard work, Nedvigin admits. But it’s an important step for the company as it begins to boost its national profile and considers touring its regular repertory. 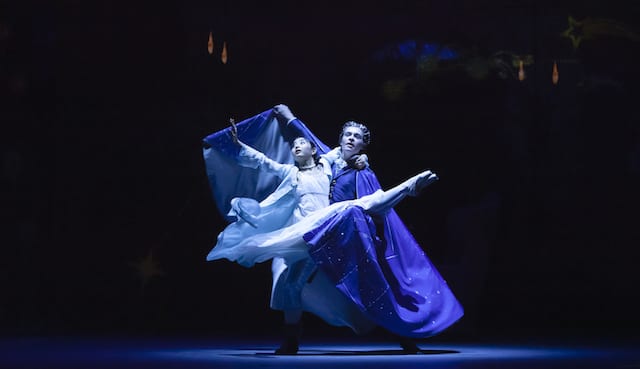 Such an engagement doesn’t happen overnight, however. Nedvigin began discussions with the Kennedy Center almost three years ago. Discussions continued as choreographer Yuri Possokhov began work on his many-faceted production. When the Kennedy Center team saw the finished ballet at the Fox Theatre last holiday season, they confirmed the deal.

The ballet got top marks from Atlanta critics last year in large part because of its striking video projections and its sophisticated and inventive sets and costumes. These elements impressed Rabinovitz too; she also has high praise for Possokhov’s movement vocabulary. “He has brightened up all the choreography and changed a lot of the traditional elements to make it more contemporary.”

One traditional element remains, however: hiring dozens of local children. The Kennedy Center hosted an open audition in September, and kids came from dance schools in D.C., Maryland and Virginia, all eager to be cast as warring mice, toy soldiers or rambunctious young party guests. More than 60 of them were hired. Since then, they’ve been rehearsing at a Maryland ballet studio. Sharon Story, dean of Atlanta Ballet Centre for Dance Education, flew to D.C. several times to check on their progress. The central role of Marie and her annoying brother, Fritz, however, are danced by Atlantans; they and the gymnasts — yes, this Nutcracker has gymnasts — will travel to D.C. with the rest of the company.

Rabinovitz is excited about their visit. “It’s fun for us to bring companies here before they go home and do their long hometown seasons,” she says. “We like that we get a chance to see it too.”

During the D.C. stay, the company will launch a “dancer takeover” on the @AtlantaBallet Instagram, with sneak peaks from backstage at the Kennedy Center and photos of the dancers and staff enjoying their Thanksgiving dinner after the performance.

Atlanta Ballet’s hometown season for The Nutcracker will be at the Fox Theatre, with 19 performances from December 7 to December 24. It will be the company’s last season at the historic venue; The Nutcracker moves to the Cobb Energy Performing Arts Centre in 2020.