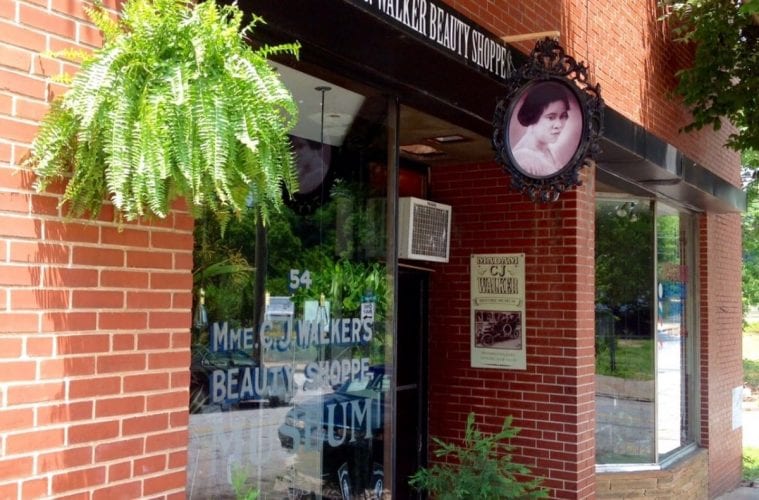 Choosing from the more than 170 events can be challenging — not even ArtsATL can make it to them all — so we’re offering our own picks for the best of Phoenix Flies to help get you started.

Space is limited for many of the tours, and some require registration if noted, so it’s best to plan ahead. For a complete list and schedule of Phoenix Flies events, visit the Atlanta Preservation Center.

The historic WERD Radio Station, housed in the Prince Hall Masonic Building on Hilliard Street just off Auburn Avenue, was the first black-owned and operated radio station in North America. It served as the voice of black Atlanta and as a crucial platform for Dr. Martin Luther King, Jr.’s message, also broadcasting logistical information for rallies. Jazz and vinyl aficionado Ricci de Forest walks visitors through the distinguished history of the property, which also houses his collection of memorabilia related to Madam C.J. Walker, one of the first American women to become a self-made millionaire through the sale of specialized hair products for African American hair. WERDSTUDIO preserves and promotes the history of blues and jazz through the WERD Live Vinyl Library and goes by the motto “All Vintage, All Vinyl, All the Time.”

Some walks are too terrifying to take on your own. This one will venture down the infamous Doll’s Head Trail, which features artwork made from items found in Constitution Lakes Park, primarily and most unforgettably: doll’s heads. Constitution Lakes in southwest DeKalb County is also the site of a late 19th-century brickworks, and the ponds are actually flooded clay-pits originally dug by the South River Brick Company. The 2.5-mile tour will cover the area’s Native American history, its past as Atlanta’s brickworks and its present use in providing the stuff of your nightmares.

RSVP to the Atlanta Preservation Center at phoenixfliesreservations@preserveatlanta.com or call 404-688-3353, ext. 15. Limited to 25 guests.

Blandtown certainly may not sound like the most exciting place in Atlanta, but the booming area around Westside Provisions District, originally named for freed slave Felix Bland, has a fascinating history. Atlanta artist Gregor Turk hosts a walking tour and panel discussion in his Blandtown studio, familiarizing Atlantans with the history of this rapidly changing area. Panelists will provide personal accounts of the old neighborhood, present the findings of recent research on the Bland family and offer insight into how the zoning process served to change the original neighborhood.

RSVP to the Atlanta Preservation Center at phoenixfliesreservations@preserveatlanta.com or call 404-688-3353, ext. 15. Limited to 35 guests.

What was life like for women in Atlanta in the late 19th and early 20th centuries? Atlanta Preservation Center hosts a walking tour through downtown Atlanta focusing on the role of women in Atlanta during the years of change from the Civil War to the end of WWII. Participants will learn about some extraordinary Atlanta women including Carrie Steele Logan, a formerly enslaved woman who used her $100-a-month salary as a stewardess for the Central Railroad to found an orphanage, becoming one of the first black landowners in Atlanta, and Rebecca Latimer Felton, the first woman to serve in the US Senate.

RSVP to the Atlanta Preservation Center at phoenixfliesreservations@preserveatlanta.com or call 404-688-3353, ext. 15. Limited to 25 guests.

Georgia Representative “Able” Mable Thomas and Laura Drummond of Atlanta Preservation & Planning Services lead a tour at English Avenue Elementary, a 1910 urban school building designed in the English Tudor revival style by William A. Edwards and Frank C. Walter. Thomas will present a gospel song event and a talk about the adaptive reuse concept for the school. Drummond will present a brief history of the school, which was converted to an equalization school in 1950, exemplifying the shifting neighborhood demographics on Atlanta’s west side.

Founded in 1929 by Dorothy Alexander, the Atlanta Ballet is the oldest dance company in the United States. The company offers a conversation about the institution’s history and a tour of its Michael C. Carlos Dance Center. RSVP to lcaplan@atlantaballet.com to reserve your space. Limited to 25 guests.

Check out Atlanta’s Sweet Auburn district and learn its history from the seat of your bike. This guided bicycle tour includes key sites and events that played a role in the Civil Rights movement in Atlanta. Hosted by Civil Bikes, an organization offering tours to highlight history, art and culture in Atlanta. the route covers the Sweet Auburn district, the Georgia State Capitol and South Downtown. Appropriate for children 10 and up accompanied by an adult. For reservations, contact civilbikes@gmail.com, 404-323-8754 or go to www.civilbikes.com.

Coffee, news, history. We’re addicted to them all, so we especially like the way this event offers a bit of each. Auburn Avenue’s Condesa Coffee occupies the building that formerly housed the Atlanta Daily World, the oldest black newspaper in Atlanta, founded in 1928. Gather over a cup to discuss the building’s storied history and its adaptive reuse.

RSVP to the Atlanta Preservation Center at phoenixfliesreservations@preserveatlanta.com or call 404-688-3353, ext. 15. Limited to 30 guests.

Atlantans always have a lot to say about MARTA, but it’s seldom about the architecture. This riding tour offers a different perspective. Guides from the Georgia chapter of Docomomo US (Documentation and Conservation of the Modern Movement) will lead participants through several MARTA stations, highlighting the architecture, public art and history behind development and construction.

You know you’ve made it when your house has a name. Tryggveson is a grand 1921 Neel Reid home in the Italian neo-baroque style, placed in a setting of magnificent gardens that originally extended to Paces Ferry Road. Participants can tour the house and see the preservation and adaptation being carried out by its present owners.

RSVP to the Atlanta Preservation Center at phoenixfliesreservations@preserveatlanta.com or call 404-688-3353, ext. 15.