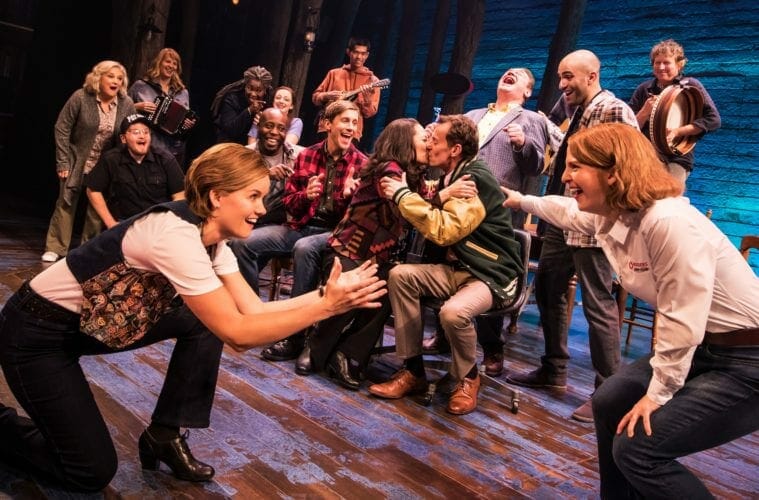 The first national touring company of the Broadway musical Come From Away, at the Fox Theatre through Sunday, June 30 (Photo by Matthew Murphy)

9/11-inspired “Come From Away” champions the kindness of strangers

I was standing on the soccer field at my middle school when a girl asked, “Do you think the planes will fly down here?”

“What are you talking about?” I asked.

“The planes that hit the Twin Towers,” she replied.

Before September 11, 2001, I had never in my 11-year-old life heard of the World Trade Center, but ask any American now, and they remember exactly where they were that day.

After the planes hit, the Federal Aviation Administration cleared all U.S. airspace, forcing several planes to land at the airport nearest wherever they were in the world. This is how nearly 7,000 people on 38 planes found themselves in mostly uncharted Newfoundland, Canada. The people in towns near the airport — a combined population of some 9,000 — worked together to feed and shelter traveling humans and animals for almost a week. This episode in world history forms the premise of the Tony Award-winning musical Come From Away, on its first North American tour and at the Fox Theatre through June 30.

Come From Away is a brilliantly written contemporary musical by Irene Sankoff and David Hein. It focuses on the passengers of an American Airlines flight, which was coming from Paris and going to Dallas, Texas. The plane was piloted by Beverley Bass, the nation’s first female flight captain (who attended Come From Away‘s March 12, 2017, opening night on Broadway).

The show, closing in on its 1,000th Broadway performance, earned seven 2017 Tony Award nominations — for best musical, book of a musical, original score, lighting, choreography, direction and featured actress (for Jenn Colella as Bass and others). Christopher Ashley won the Best Direction of a Musical award.

Everyone in this talented touring ensemble plays multiple roles as Canadian townspeople and stranded passengers from points around the globe. Julie Johnson (as a compassionate woman from the town of Gander) and Danielle K. Thomas (as a woman whose son is a New York firefighter) stand out. Noteworthy for their impeccable comedic timing are Nick Duckart, Chamblee Ferguson and James Earl Jones II.

Ashley and choreographer Kelly Devine use highly stylized movement and dance to mark transitions between when the actors are playing travelers and Canadians. Actors turn and flip chairs, tables and not much else on the simple set to indicate the plane, a shelter, school buses and Tim Hortons, Canada’s largest quick-service restaurant chain. Only tall trees in the background provide a sense of place. Two have split, a design element that evokes the Twin Towers. 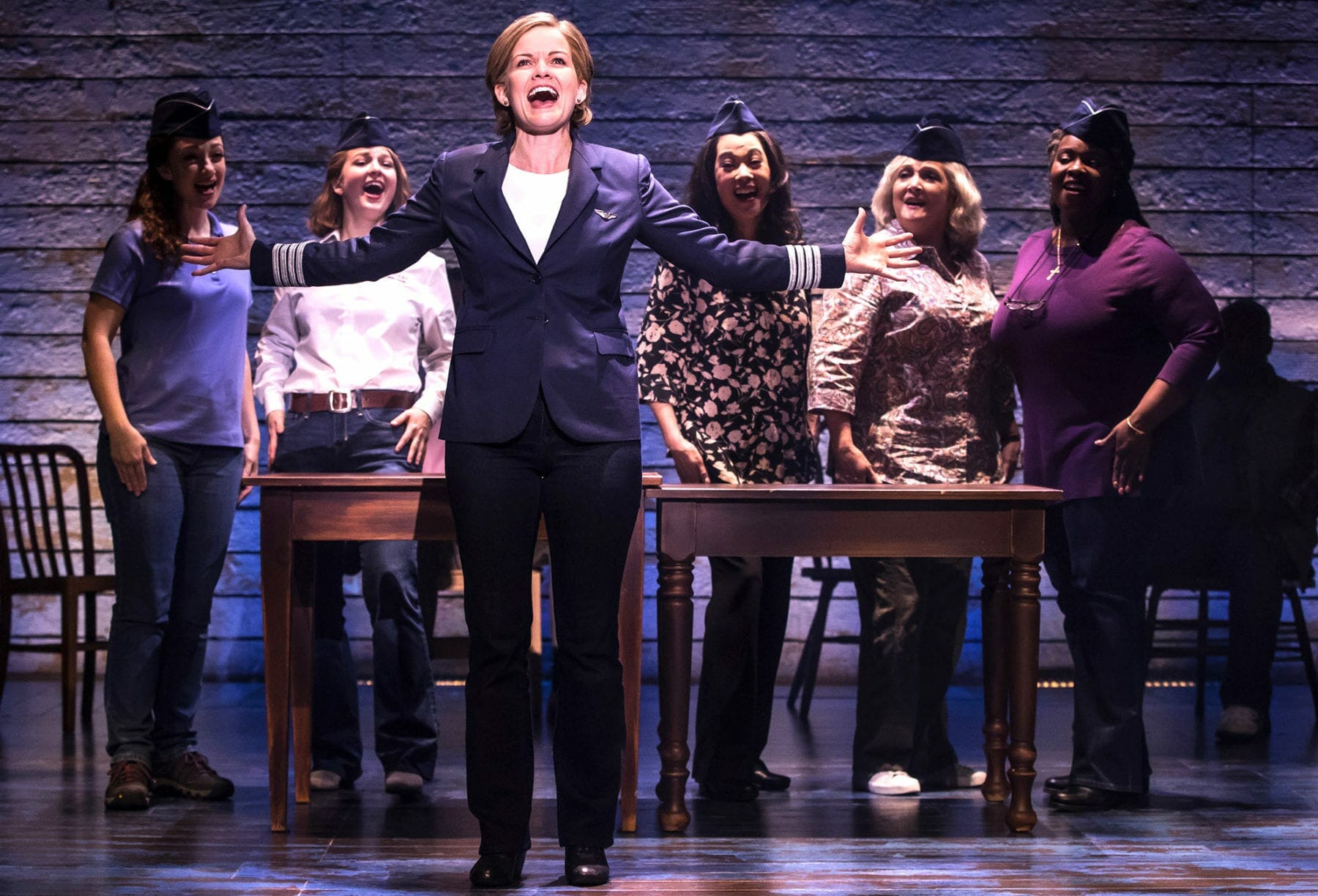 The 9/11 terrorist attacks forever changed American life and ideology. The memory of life before terrorist heat maps, removing your shoes in the airport, three-ounce bottles in carry-on bags and omnipresent metal detectors is distant and fading. More profoundly, 9/11 marked the end of integration as the prize for all of us. As a ’90s kid who grew up in the don’t-litter, just-say-no, refugees-and-immigrants-welcome version of America, I live in a post-9/11 landscape that took a sharp turn toward a xenophobia that we can’t seem to escape.

America was never perfect, but in the post-civil rights and Title IX era, we all seemed to want to get along, thus raising a searing question: Would Americans be as welcoming of people in crisis as the Canadians were?

What makes Come From Away such an awesome night at the theater is that it offers a positive take on such a tragic event. People from all around the world ate, worshipped and drank (a lot) together, relying only on the kindness of strangers. The band conveys a sense of joy and collaboration amid tragedy. The mostly rock score plays like a concert with electric guitars, drums and an incredible flute solo.

At its heart, Come From Away is a musical about people helping people. We could all use more of that.