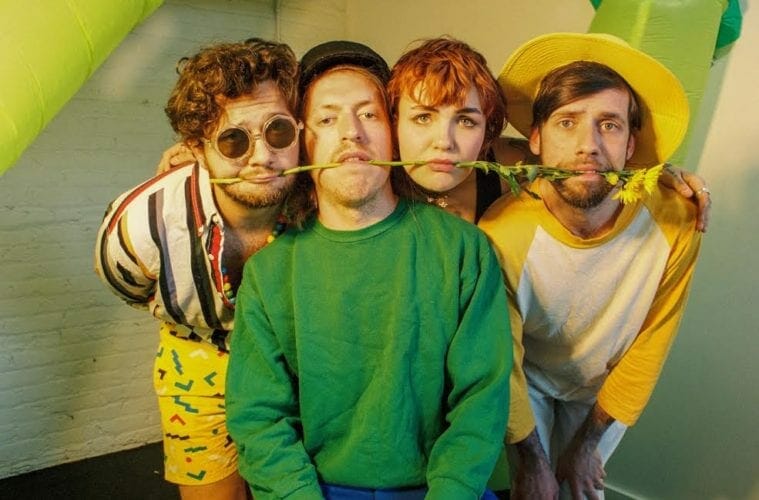 There’s a saying by women’s and elder’s rights activist Maggie Kuhn that goes “speak your mind, even if your voice shakes.” Self-described “salty girl pop” band Chick Wallace is the actualization of this creed, delivering a raw punk-pop sound through singer Melanie Paulos’ cutting vibrato and a wash of searing guitar riffs and air-tight rhythms. Defiant and full of heart, the band’s sophomore EP will be marked by a release party on June 29 at 529 with Monsoon, Wieuca and Suede Cassidy.

What becomes immediately apparent upon first listen of Salt is the emotional sincerity that is embedded in these songs — not a second is wasted by anyone in bringing each number to righteous punk bliss. Take album opener “Arms,” a wrecking ball of an introduction that pummels forward with anthemic intensity assisted by some truly earth-shaking work behind the drum kit.

Next is the feeling that the band is demanding to be heard, to be seen and, most importantly, to be understood. Lyrically, Paulos is conversational yet pleading, singing of frustrations with mental illness and lost love through a femme perspective.

The song, like much of the EP, is pushed forward by guitarist Tim Sherrill’s excellent ’90s-inspired guitar hooks and the band’s penchant for writing brutally honest head-bangers without coming off as artificial. Though sometimes a little too heavy-handed in its approach, “Television Girl,” a jangly pop-rock album closer, comes as a welcome sedative to the emotional intensity of the first part of the album.

While some songs on the EP run the risk of being severe, it’s a welcome step forward for a band that’s found its footing after some internal growth and a couple of lineup changes. Now with two EPs under its belt and a firebrand sound, the band is prepping for a full-length release with Standard Electric Recorders in the future.