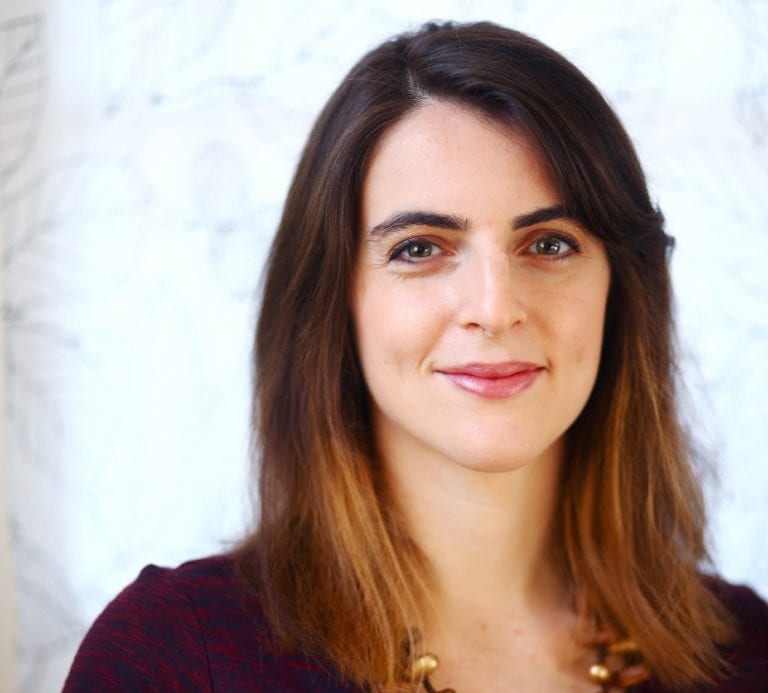 A year into her appointment at the High, Katherine Jentleson is optimistic and undaunted

It’s been a blur of a first year for Katherine Jentleson, the High Museum of Art’s Merrie and Dan Boone Curator of Folk and Self-taught Art, but a good one as blurs go.

Jentleson opens her third exhibition, Fever Within: The Art of Ronald Lockett, at the High on October 9. It’s the first retrospective of the Alabama artist whose work pressed the line between self-taught and contemporary art. Lockett passed away in 1998 due to complications with HIV/AIDS, he was 32. To complement the touring exhibition on the Anne Cox Chambers Wing’s top floor, Jentleson has organized an installation in its glass-box lobby, Forging Connections: Ronald Lockett’s Alabama Contemporaries. The installation features six large-scale sculptures by Lockett, Thornton Dial Sr., Thornton Dial Jr., Richard Dial, Joe Minter and Lonnie Holley.

Jentleson’s second exhibit, A Cut Above: Wood Sculpture from the Gordon W. Bailey Collection, continues through Oct. 30 in the High’s Stent Family Wing and showcases some of the strongest of the 78 pieces acquired by the museum’s Folk and Self-Taught Art department in 2015-16.

The value of permanent collection additions cannot be measured in volume, of course. But that number can only be read as good news at the High, where the folk and self-taught position had gone unfilled for more than two years. During that time, the department’s exhibition and collection programs drifted into dormancy, which worried some supporters for the future of self-taught art at the High, which had staked an early and prominent role in it among major museums in the mid-1990s.

Jentleson, 32, was yet to be born when Washington’s Corcoran Gallery of Art opened Black Folk Art in America, 1930-1980, a seminal 1982 exhibition highlighted by Southeastern makers. Now it’s her job to apply her Millennial energy to return the High to its rightful place in the national and international conversation about vernacular art. Its popularity, she asserts, has only grown in the era of Instagram and other social media.

ArtsATL: Do you feel like you’re making up for lost time?

Katherine Jentleson: Yeah, I think that the challenge is that there’s so much to do. It’s a challenge and an opportunity. I’m incredibly lucky that I’ve walked into this community that’s been waiting for somebody to talk to them about exhibitions and acquisitions. The community of people in the Southeast who are passionate about self-taught is huge, so it’s really great to feel that I don’t have to build it from scratch. It had thrived for many, many years. Really, the community has just been waiting for someone to come into this position. I guess that the challenge of it is that there’s just so much to be done that it can be overwhelming.

ArtsATL: You’ve been working with curatorial colleagues and collectors across the country to reconnect the High, while also collaborating internally to include the Folk and Self-taught Art department in initiatives involving the High’s app and Family Programs, for instance. I noticed that the High is drawing from its Folk and Self-taught collections — as well as its Photography — to enhance the exhibit coming to Atlanta next February, Cross Country: The Power of Place in American Art, 1915-1950. You’re trying to do it all, aren’t you?

Jentleson: I have a lot of ideas and . . . I guess that’s another challenge: being new and overly optimistic. The great thing is that because there had been a vacuum, the enthusiasm for and the ability to execute on so many of the projects that I envision is here, institutionally, which is great.

ArtsATL: Although a cousin of Thornton Dial, Ronald Lockett was a somewhat obscure figure when he died nearly 20 years ago. What makes this the moment for a retrospective?

Jentleson: Lockett was such a remarkable artist who experimented so widely in such a short period of time. He went from doing found wood sculpture, painted objects and figurative painting on found wood to very abstract assemblage, using found tin that he appropriated. I’m excited to show our audiences an artist I would compare in a way to Basquiat.

Lockett is an artist whose flame burned very, very brightly and then burned out before his time. He accomplished so much, similarly to Basquiat, in terms of discovering an artistic voice and experimenting with all different kinds of processes in such a short period.

Also, I think doing this retrospective will help people understand things about the term “self-taught.” As much as I think it’s a good term to use, it often doesn’t leave room for people to realize that these artists are working in their own kind of circles and schools. Lockett was really part of this Birmingham-Bessemer School of artists that just dominated for the last few decades. That’s why I chose to do a special installation in addition to Fever Within that demonstrates what was unique about this school of artists. The way they influenced each other was profound, but they developed a practice of using found material to make really monumental statements about what it meant to be Black in America leading up to the turn of the 21st century.

ArtsATL: Exhibitions such as Fever Within and The Smithsonian’s forthcoming Between Worlds: The Art of Bill Traylor as well as the revival of Georgia art environments by Howard Finster (Paradise Garden, near Summerville) and St. EOM (Pasaquan, near Buena Vista) are putting a new emphasis on Southeastern folk art. Do you feel like you are where the action is?

Jentleson: There are certainly exhibitions and collections, including ours, that are propagating and embracing this abundance of Southern self-taught art. But at the same time, one of my close friends and colleagues, Valérie Rousseau (curator of self-taught art and Art Brut) at the American Folk Art Museum, is really committed to showing the international scope of this art.

There are so many living and breathing self-taught artists making great art right now, amazing things happening in Japan and of course Europe. And then Leslie Umberger at the Smithsonian American Art Museum has done so much to bring a recognition of Midwestern artists. It’s a whole other part of the country.

The South is definitely one of the centers of gravity for self-taught, but I think one of the biggest pitfalls of being a curator of this art is becoming too provincial and being too focused on one’s own geographic area. It’s important to recognize that it’s also an international phenomenon.

ArtsATL: What are the strengths of the High’s 900-plus work Self-taught and Folk Art permanent collection?

Jentleson: I think that we do have the leading collection of Southern African-American self-taught in a public institution. In May, the Smithsonian American Art Museum announced that they’re acquiring six Bill Traylor’s through a gift-purchase that are valued at more than $1 million. So the High having gotten in early on (the late Alabama artist) — I cannot emphasize how amazing that was.

We now have 35 works by Traylor, which are hotly in demand for loans and traveling. The fact that we have this incredible critical mass of Traylors to draw from is great. It’s really definitely a goal of mine to keep on display at all times at least a couple in our galleries.

Two other artists that we have incredible monographic depth in are Howard Finster — we have the largest public collection (outside of) Paradise Garden — and (the late Vinings artist) Nellie Mae Rowe.

ArtsATL: What are some of the areas where you’d like to grow the collection?

Jentleson: I don’t want to get too specific about what my collecting strategy is for which artists necessarily. But I will say that I think that the kind of monographic depth that we have with Finster, Rowe and Traylor is something that we want to replicate with some of the other artists in our collection, whether it’s Thornton Dial, Lonnie Holley, Bessie Harvey or Elijah Pierce. We have a great collection of Dial but what we have is very much from the same period of his career (1990-95), with the exception of one work.

Part of why I’m interested in creating monographic depth is that I think we really benefit from seeing these artists’ works when there’s a critical mass of it. Not only to trace the artistic evolution and trajectory of someone like a Thornton Dial, but also to get what I think is a more appropriate viewing experience with this art.

I have nothing against doing the traditional spaced out, eye-level hang and indeed a lot of galleries are prominently hung that way. But (in the spirit of the High’s Finster gallery), I want to create a kind of environmental experience, and the way that you can do that is with an environment of work by a single artist.

ArtsATL: Meanwhile, you have ideas for improving the High’s Finster viewing experience. Can you share?

Jentleson: Yes, we will reinstall the Finster galleries, in the next two years. Tenets include doing a better job of piquing our visitors’ interest in visiting Paradise Garden, since it is a living breathing site; bringing more of Howard’s performativity into the galleries, most likely through the use of in-gallery technologies; and displaying work that has never been on view or long been in storage. I would characterize those pieces as being much more environmental than the kinds of autonomous art objects we privilege in our current installation, as well as very early work and recent acquisitions. (Jentleson also is organizing a December 2 celebration of the centennial of Finster’s birth, with a behind-the-scenes look at the museum’s Finster collection, a screening of the documentary I Can Feel Another Planet in My Soul and video tributes.)

ArtsATL: Do you have plans to partner as well with Pasaquan as it prepares to reopen October 22 after the visionary environment’s multimillion-dollar restoration funded by Wisconsin’s Kohler Foundation?

Jentleson: I recently got a preview of Pasaquan, which is truly beyond belief. I hope we can drive our visitors there in addition to Paradise Garden, and look forward to linking our bust of a Pasaquoyan man by St. EOM, which is currently on view, to the site by contextualizing it with drone footage of Pasaquan that Michael McFalls (Pasaquan director and an associate art professor at Columbus State University, stewards of the site) shared with us. We’ll do this in the coming months through our ArtClix app, our website, or both.

ArtsATL: We’ve spoken a lot about artists who are no longer with us, and, like me, I’m sure you know collectors who believe that few of the living ones are as great as the ones making folk art in heaven. What’s your take?

Jentleson: I don’t know if it would be possible to encounter the kind of richness that one encountered driving through Alabama or through Georgia in the ’80s or ’90s, but I’m not sure that that means that this art is done.

It’s always hard because I know that people of every generation think they lived through what was the kind of high point of an art tradition. To me there’s a nostalgia now to the point that we can’t see that there is actually a lot going on around us, including what’s going on in urban centers. The moment we’re living in now might be harder to identify (than in the late 20th century). But I refuse to accept that there are not great self-taught artists alive today. I think there are great image-makers all around us.