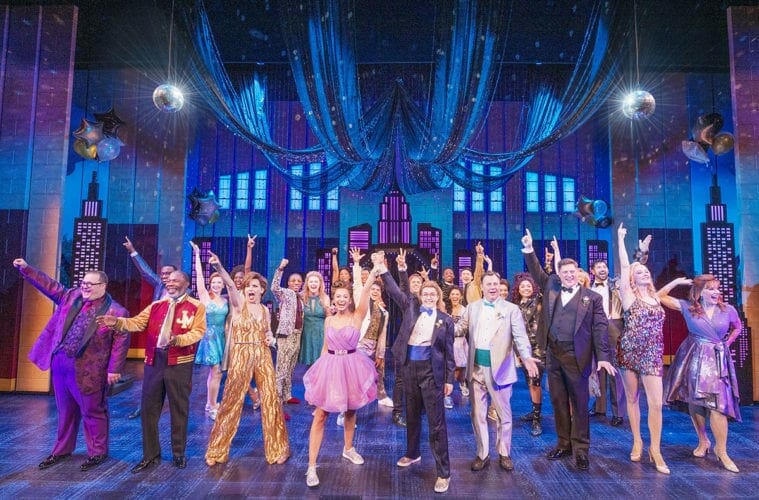 The Broadway cast of The Prom (Photo by Deen van Meer)

With the 2019 Tony Awards set for June 9, Atlanta’s Alliance Theatre has a few horses in this year’s race. The Prom held its world premiere at the Alliance, and Choir Boy made its American co-debut locally as well.

The Prom, which opened at the Alliance in 2016, is about a Midwestern town that makes news when a high school prom is canceled after a female student wants to bring a same-sex date. The show moved to Broadway last year and is nominated for seven Tony Awards, including Best Musical, Best Director (Casey Nicholaw), Best Actor (Brooks Ashmanskas) and Best Actress (Beth Leavel and Caitlin Kinnunen). Nicholaw says he was delighted for his entire team when he heard the news but is especially happy for lead actress Kinnunen.

“We knew that the four flamboyant characters might get nominated, so we were happy when Caitlin did,” Nicholaw says.

In many ways, The Prom is an underdog as far as expectations go this Broadway season. Producer Jack Viertel ran the idea by Nicholaw on the phone about seven years ago. The creative team worked on the project for five years before it came to the Alliance. When it did, the musical drew mixed reviews from crowds and critics — most everyone agreed it was a work in progress. Nicholaw didn’t know until a year after the Alliance run that the show would actually open on Broadway. 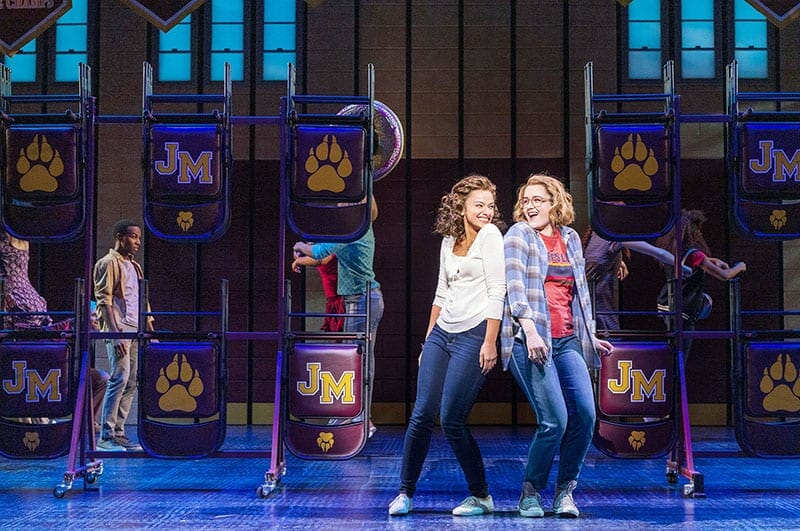 Most of the same cast members traveled with the show to the Great White Way, including local actress Courtenay Collins, who plays the head of the PTA.

“Courtenay has done a tough job of representing the opposing side herself, and she does it beautifully,” says Nicholaw. “It’s a role that could come across as the villain.”

Whatever kinks The Prom had in Atlanta have been worked out. The show struck a chord with New York critics and has performed steadily, increasingly so since the Tony nominations were announced.

Susan Booth, artistic director of the Alliance, is not surprised to see the show up for several Tony Awards. “We love it when Atlanta is an early adopter of a cultural event,” says Booth. “Long before New York and the Tonys, Alliance audiences fell in love with The Prom’s giant heart, deep craft and pure delight. To have this added imprimatur is icing on an already wonderful cake.” 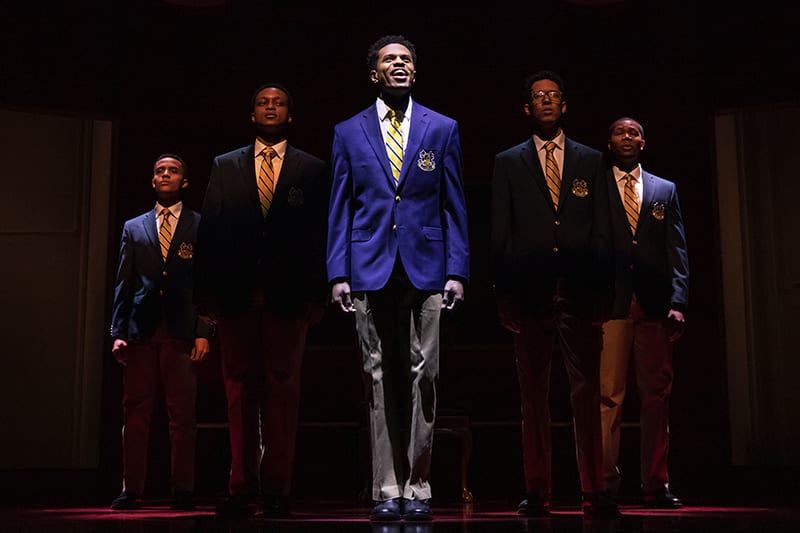 Another show that got its running start at the Alliance is Choir Boy. Following its UK bow, Choir Boy opened Off-Broadway at Manhattan Theatre Club and in Atlanta in 2013 and on Broadway in early 2019. It’s an early play by Tarell Alvin McCraney, who won the Oscar for his film Moonlight. With similar themes, Choir Boy is about a group of young black students at Charles R. Drew Prep School for Boys dealing with issues of identity and sexuality. The show is up for four Tony Awards, including Best Play and Best Actor for Jeremy Pope, who headlined the Alliance version as well.

The Prom and Choir Boy have central characters who are young and dealing with coming out. Broadway has a long history of shows dealing with LGBTQ issues, many of which have won Tony Awards, and both productions are regarded as two of the best shows of the theater season. In a time when LGBTQ rights are being continuously threatened, their presence is vital — and a victory for either would be a meaningful cultural statement.

It’s also worth noting that The Prom is an original musical in a time when many new musicals are based on movies. Two of this year’s Best Musical nominees are just that — Tootsie and Beetlejuice.

A Tony win, especially for The Prom, would be a major achievement for the Alliance and would serve as a reminder that great theater can stem from Atlanta and not just New York and Chicago. Nine world premieres have moved from the Alliance stage to Broadway. In addition to The Prom, there’s been So Long on Lonely Street, The Last Night of Ballyhoo, Aida, The Color Purple, Come Fly Away, Sister Act: A Divine Musical Comedy, Bring It On: The Musical and Tuck Everlasting. The most successful of these have been The Last Night of Ballyhoo, which won the Tony for Best Play in 1997, and The Color Purple, which was nominated for 11 Tony Awards in 2006 and won LaChanze a Best Actress Tony. A revival also took home two awards in 2015, including Best Revival of a Musical and Best Actress for Cynthia Erivo. 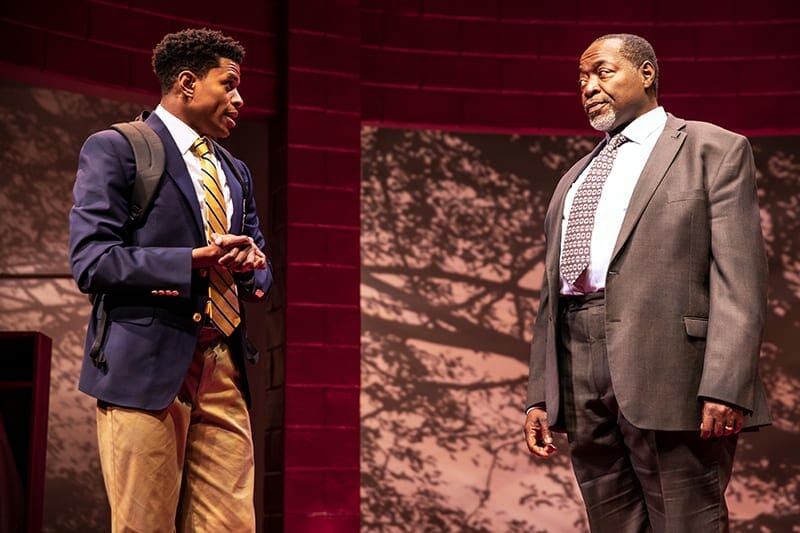 Yet, Tuck Everlasting and Bring It On were not hits on Broadway — and many other Alliance world premieres such as Bull Durham and Ghost Brothers of Darkland County stalled on their way to Broadway.

Realistically, though, can either Choir Boy or The Prom take home a Tony Award this year? The Best Play race is especially tight, so much so that early front-runners To Kill a Mockingbird and Network didn’t even receive nominations. The top award is expected to go to The Ferryman, which boasts local actor and Tony winner Shuler Hensley in its replacement cast. Pope’s had a banner year — he’s also nominated for his featured role in Ain’t Too Proud — but winning Best Actor would be a long shot, in that he would have to beat Network’s Bryan Cranston, To Kill a Mockingbird’s Jeff Daniels, Burn This’ Adam Driver and The Ferryman’s Paddy Considine.

In the musical field, the hip Hadestown leads with 14 nominations, with the Tootsie right behind it. Yet, The Prom has its share of loyal fans and is also a show that no one seems to dislike. It’s peaking at the right time, and Ryan Murphy’s recent announcement that he is making a film version for Netflix certainly adds to its buzz. Right now it’s still an underdog, but an underdog status has pushed other well-liked shows to victory, most notably Avenue Q over the more-hyped Wicked. A lot of folks, particularly in Atlanta, will be hoping for a similar scenario this season.