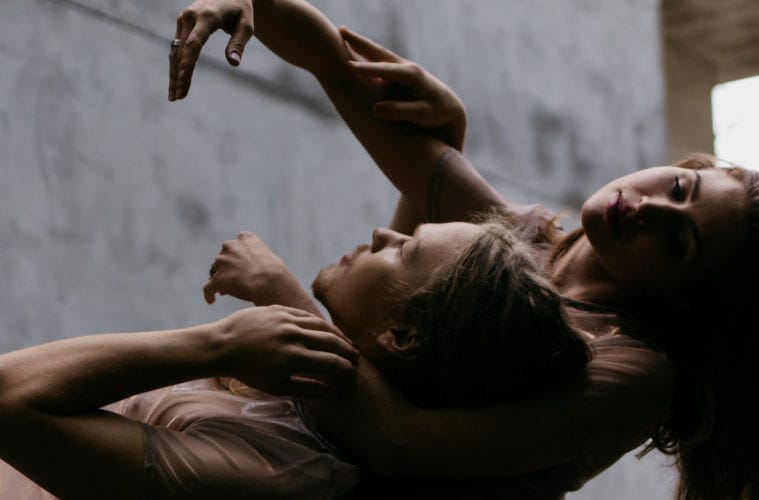 There’s a particular magic that comes from combining exceptional dance with a beautiful atmosphere, and this is something that Kit Modus, one of Atlanta’s newest contemporary dance companies, has achieved. Since its inception, Kit Modus has successfully introduced a new dance audience to Callanwolde, the elegant Tudor Revival mansion built by Coca-Cola heir Charles Howard Candler and now home to Callanwolde Fine Arts Center.

Taking advantage of the natural lighting from the historic mansion’s large windows and the serene beauty of the estate’s grounds, Kit Modus has transformed the grand ballroom and smaller spaces into nontraditional performance spaces. In Noelle Kayser’s The Excursion: Realized last fall, the company created a unique set design by taking classic white chairs, usually used by Callanwolde guests at tables, and towering them on top of one another to create an impressive sculpture.

This Sunday afternoon, June 9, Kit Modus will perform at Callanwolde. In a program titled A Sunday with Kit Modus, the company will show three works: excerpts of Flow, which dancers first presented this past winter; Imminence, from the company’s December 2017 debut; and The Blob, a lighthearted work originally performed in collaboration with Callanwolde’s School of Dance.

Also next Sunday, Kit Modus founder Jillian Mitchell will announce the company’s upcoming season. In July, Mark Caserta, a former member of Complexions Contemporary Ballet, will work with Kit Modus as part of the company’s first artist residency. September 19–20, they’ll perform in the Candler Mansion’s outdoor amphitheater as part of Callanwolde’s Art, Music and Food Festival. And on December 4, the troupe will present a new work, created in collaboration with local composer Philip G. Anderson, as part of the Christmas at Callanwolde event series.

In October, Kit Modus will expand its reach beyond Atlanta, when the company travels to Philadelphia to perform during the Women in Dance Leadership Conference. To find out a little more about what’s in store for Kit Modus, ARTS ATL sat down with founder Jillian Mitchell to discuss the young company’s impressive journey.

ARTS ATL: What are you especially looking forward to next season for Kit Modus?

Jillian Mitchell: We were chosen from over 400 submissions from about 20 different countries to perform at the Women in Dance Leadership Conference, so we’re really honored to go. It’s especially great for me because I moved here from Philadelphia, and it feels like one of my homes. I’m excited that the first time we’re going out of Atlanta is to Philadelphia.

We are also bringing in guest choreographers. They’re essential to our model, as it was never our intention for this to be a one-choreographer company. We are now able to accommodate a guest in an apartment onsite at Callanwolde, so I think it’s going to make for a really beautiful immersive creative process. We’ve always had this vision of having a real residency program, so I’m hoping to build it into a somewhat competitive and sought-after opportunity to come set work on the company and enjoy all the beauty that Callanwolde has to offer.

ARTS ATL: How would you describe the distinctive aesthetic of Kit Modus?

Mitchell: I think it’s that beauty in dance is not out of style. And that skill matters. I’m hoping that we are performing on a level that isn’t strictly regional and that’s movement-driven.

ARTS ATL: Would you say that the aesthetic has a strong basis in ballet?

Mitchell: Yes, I would. But I wouldn’t want people to think that I’m insisting on ballerinas as dancers. Ballet is obviously my background and my first love, and I want to see a dancer who is partaking in class to the extent that it benefits them in the most thorough way as a dancer. I like to see the ballet inside the mover, for sure. But they don’t necessarily have to fit into the mold of what we see as an ideal ballerina.

ARTS ATL: How will the 2019–20 season differ from the previous two seasons?

Mitchell: I’m hoping that each year we go bigger and stronger. The level of professionalism has begun to gel. The group has been more consistent, and we’re growing as a team. It’s really becoming a little family. We’re beginning to study together and train together and grow as dancers, [and] there’s a little bit more of a bond between the dancers. It really looks like a company now. It’s hard to say what differs this season because it still feels like our very new beginning. We’re just trying to fully realize all of the missions that we had in our minds when we started out.

ARTS ATL: What has been the most challenging thing about starting a company? 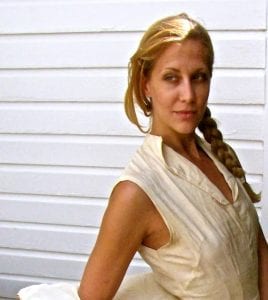 Mitchell: Every single thing has been challenging! It’s something that I’ve never done before. I’m continually discovering exactly what needs to be done, and then there’s the challenge of figuring out how to do it and making sure it gets done well. The most challenging thing about that is that I’m kind of doing it alone, which is somewhat elective. I don’t have a board, and I don’t have a guild. But I also think it’s important that in these beginning stages I am doing as much as I possibly can so that I’m making sure it’s taken care of in the right way and being built in the way that I want to see it thrive. So I think just the general overwhelming task of doing every single thing and the full weight of success being on your shoulders — whether you fail or succeed — that’s on my head.

Which is also the exact same reason why it’s extremely rewarding. Because you’ve done it all, and then you can look back and say, “Oh my gosh, it worked!” and, “Wow these dancers are fulfilled.”

One of the things that’s been so rewarding is that this is a dancers’ company. That comes first; that drives my planning. I have to ask myself, “What kind of experience are these artists going to have with the material this season?” If it’s properly challenging and masterful, their lives and their careers feel satisfying to them. It’s so important to me that they have that experience.

And in turn, the audience will take that in, see that they’re committed and believe in our work. I still identify as a dancer, and my career is close enough to me that I know what it’s like. I know what I wanted, I know what turned the lights on, what made me thrive and what inspired me. And I want to give that to these dancers.