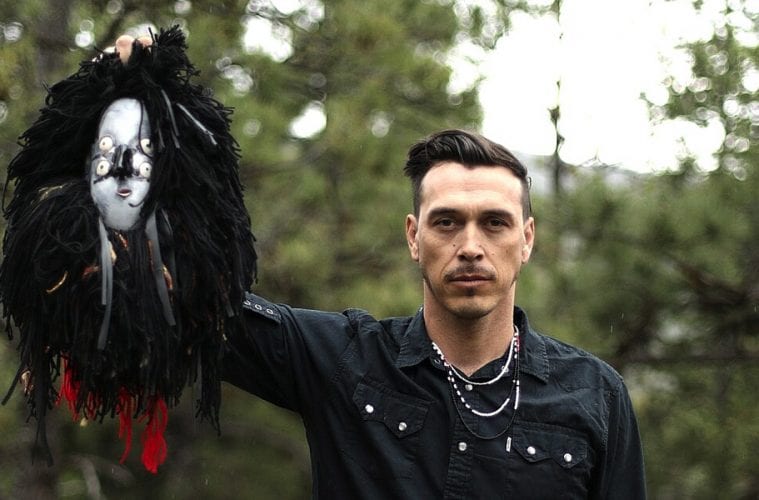 What to see, hear and do this week, October 29–November 4

Out of the Darkness: Light in the Depths of the Sea of Cortez. Artist Rebecca Rutstein uses UGA marine sciences professor Samantha Joye’s research to create an interactive sculptural installation and several large paintings. Opens November 1. Through October 27, 2019. Georgia Museum of Art, Athens.

Harrison Keys Over//Under: A One-Night Retrospective. Street artist Harrison Keys, better known as TOES, died in 2016, but his art lives on. The Keys family has organized an opening and tribute show featuring more than 100 works of Key colorful line work and wordplay. Composer and Atlanta Symphony Orchestra bass player Michael Kurth will be present for the opening. Kurth composed a three-movement piece of classical music, titled “Everything Lasts Forever.” The first of it’s three movements, titled “TOES,” was inspired by Keys’ omnipresent street art, that Kurth often saw on his way to work. The show is a tribute to TOES, and a recording of Kurth’s work will be played through a sound system. November 4 at 6 p.m. Pratt-Pullman Yard. 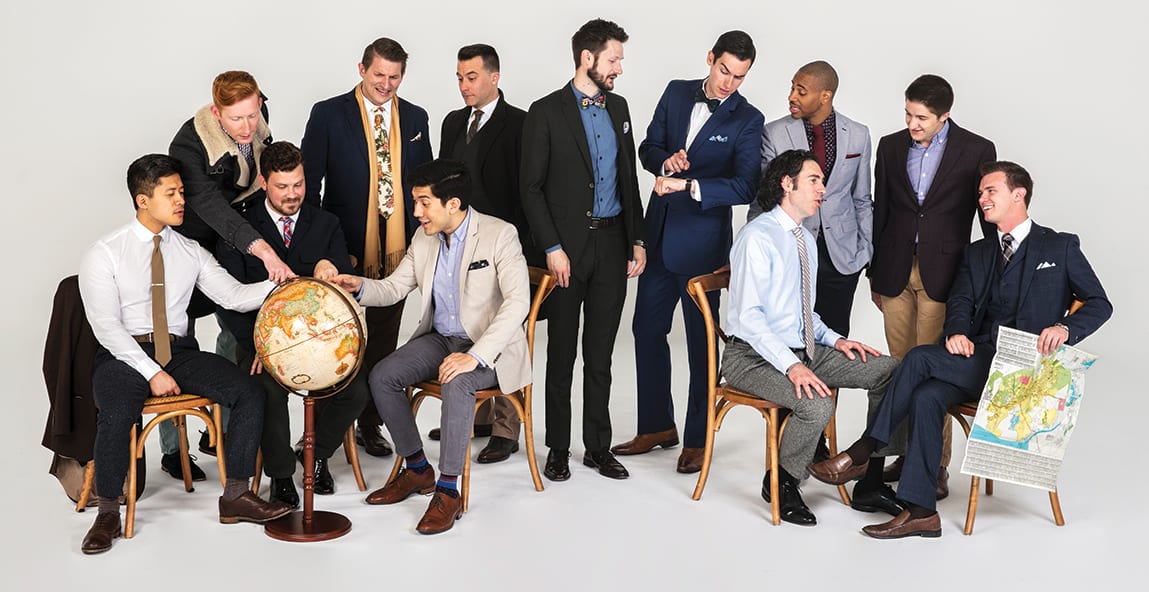 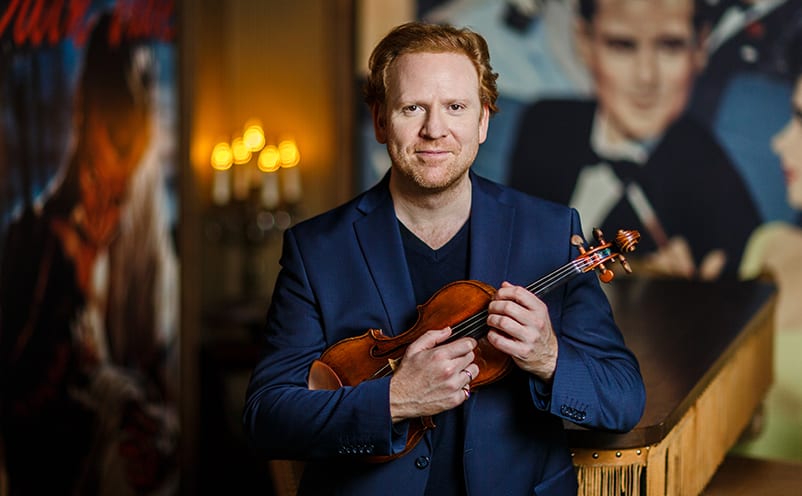 Daniel Hope and Friends: Air – A Baroque Journey. Based on Hope’s album of the same name, the program follows musicians and composers who sought to express themselves through violin on a deeper level. Guests are guided through the development of modern violin through the Baroque era. October 31 at 8 p.m. Schwartz Center for Performing Arts, Emerson Concert Hall.

Sing Out in Defiance. An evening of resistance through song featuring Frank Hamilton and the Troublemakers Collective. November 3 at 7 p.m. Shambhala Meditation Center of Atlanta. 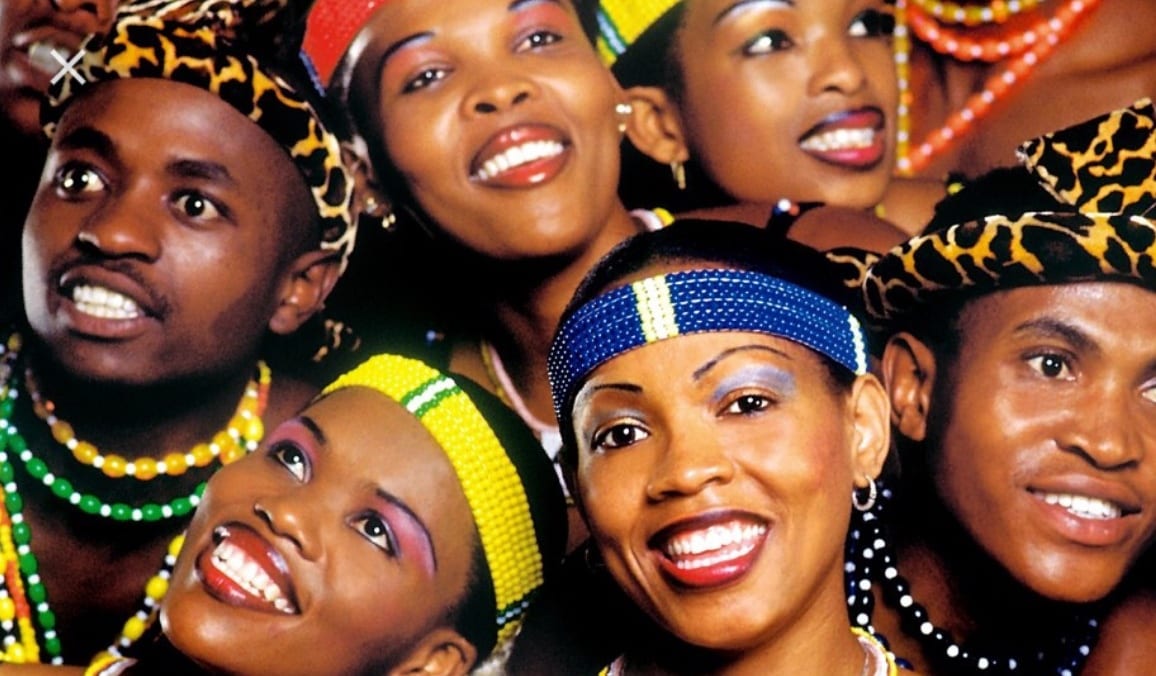 Africa Umoja: The Spirit of Togetherness. The musical production — which is currently touring around the globe — stops by ATL to perform in honor of the late South African President Nelson Mandela’s 100th birthday year. The show will tell the story of South Africa through song, storytelling, dance and drama. October 30–November 4. Porter Sanford III Performing Arts Center.

Murder at Sleepaway Camp. An interactive murder mystery in which guests solve the case of several camp counselors assigned to “Red” Robin Lake, which has a grueling backstory of murder and demise. October 31 at 7 p.m. Manual’s Tavern.

Men on Boats. Directed by Jaclyn Backhaus and based on the 1869 expedition into the Grand Canyon led by Major John Wesley Powell, Men on Boats casts an all-female tale of a one-armed captain, insane crew and the adventure of a lifetime. Opens November 3. Through November 18. The Black Box at The Robert Mello Studio.

Bloody Shakespeare. The students of Emory University have prepared a Halloween treat. Scenes from famous Shakespeare plays will be acted out. Expect blood, fright and spookiness. October 31 at 8 p.m. Emory University, Lawley Fountain.

Lysistrata. A group of Greek women backlash against the nation for being at war by refusing to have sex until the men stop the fighting. November 1-11. University Theatre at Dahlberg Hall.

Stephen MacDonald: Not About Heroes. Based on the original novel, director Frank Miller brings to life on stage the story of a young English soldier sent to Craiglockhart War Hospital to recover after spending four months in the trenches in France. Opens November 1 at 8 p.m. Through November 18. 7 Stages Theatre Back Stage. 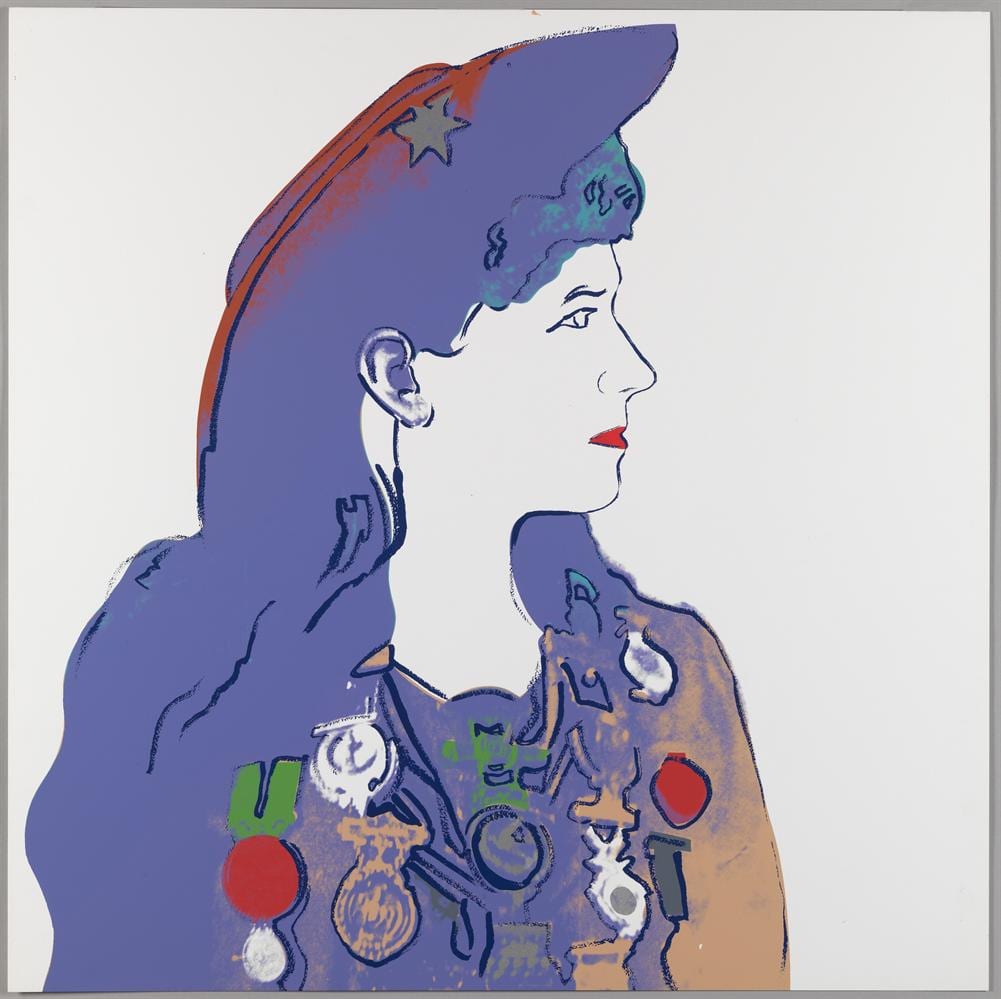 Warhol Exhibition Viewing and Film Screening. Curator of Works on Paper, Andi McKenzie, provides guests a look at Chimera: Andy Warhol through the 1980s. Following the viewing will be a screening of Warhol’s Velvet Underground films with Lou Reed. November 3 at 7 p.m. Michael C. Carlos Museum.

Chastain Park Arts Festival. About 185 painters, photographers, glass blowers and other artists and craftsmen transform Chastain Park into an outdoor art gallery at this annual fall festival. November 3 at 10 a.m. and November 4 at 11 a.m. Chastain Park. 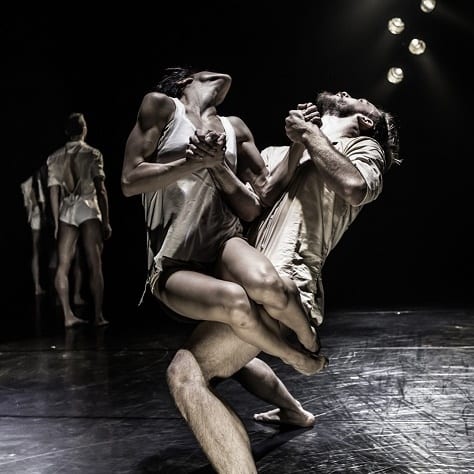 Horses in the Sky. Directed and choreographed by Rami Be’er, the energy of 16 dancers bring the stage to life with urgency in an overall dreamy performance. November 1 at 8 p.m. Byers Theatre.

See the Blackness of Flamenco. A series of events will trace the development of flamenco and its African roots. The week begins with a live performance of flamenco at Red Light Cafe, continues with two screenings and an audience talk with the director of the documentary film Gurumbé – Afro-Andalusian Memories and ends with K. Meira Goldberg discussing her new book Sonidos Negros: On the Blackness of Flamenco. October 29 through November 2. Various locations. 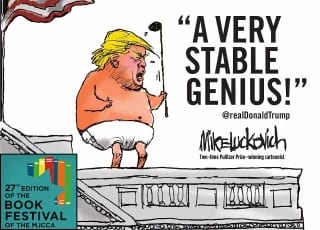 Mike Luckovich: A Very Stable Genius. The author and cartoonist discusses his latest book of political cartoons, all of which cover what he refers to as the Cheeto-in-Chief, Donald Trump. November 4 at 7:30 p.m.  Marcus Jewish Community Center of Atlanta.

Edgar A. Poe Experience. In the name of all that is spooky, Serenbe Playhouse invites visitors to a haunted, experimental journey deep into the mind of the grandfather of thriller. Through October 31. The Wren’s Nest.

Kelli Kaufman: Third Coast, Landscapes of the Gulf South. The latest solo show for the Louisiana-based artist. Kaufman’s southeastern living is deeply rooted in her work, drawing influence from boating on the marsh, including insects, birds, fish and other life that emerges from the foggy waters. Opening October 19 at 6 p.m. Runs through November 2. Huff Harrington Fine Art.

The View UpStairs. Based on the 1973 arson attacks, one the deadliest attacks on the LGBT community in history, the Off-Broadway musical follows the exhilarating adventure of Wes, a young fashion designer from 2018. Our protagonist is faced with an unexpected journey to self-exploration that spans two generations of queer history.  Through November 10. Out Front Theatre. 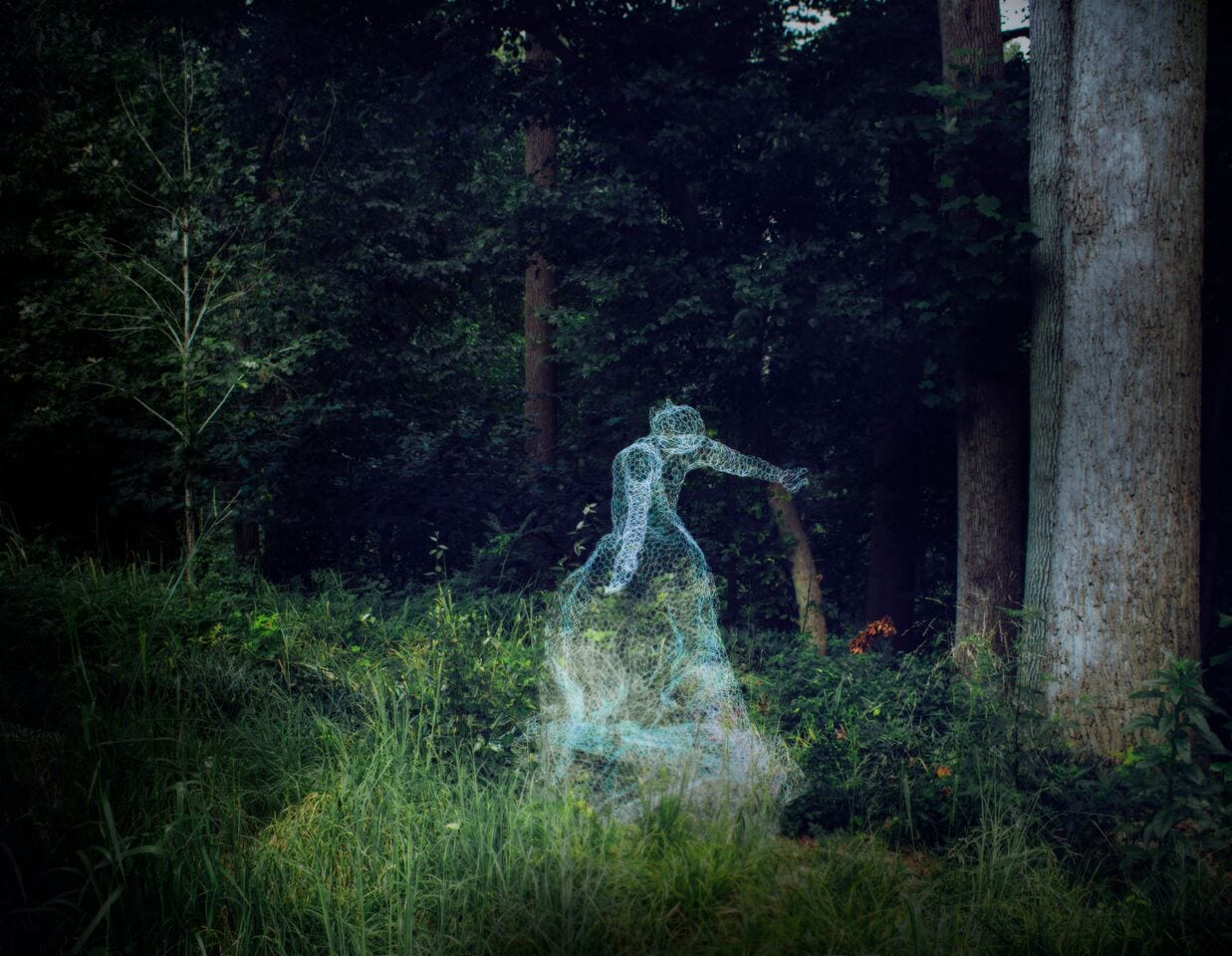 Encounter dozens of ghostly visitors who inhabit the shadows and lurk in the far reaches of WildWoods and Fernbank Forest. (Courtesy of Fernbank Museum of Natural History)

Vernacular Modernism: The Photography of Doris Ulmann. The first complete retrospective of the work of photographer Doris Ulmann, including her early pictorialist photographs, her studio portrait production, her focus on the rural craftsmen and women of Appalachia, and her work on the African American and Gullah communities of coastal South Carolina and Georgia. Through November 25. Georgia Museum of Art, Athens.

Music to My Eyes. Photographys by Al Clayton, Arnold Newman, Herb Greene, Herb Snitzer and Tim Barnwell will be on display. The works contain portraits of musicians across the spectrum — from Johnny Cash to Janis Joplin. Through December 7. Lumiere Gallery. 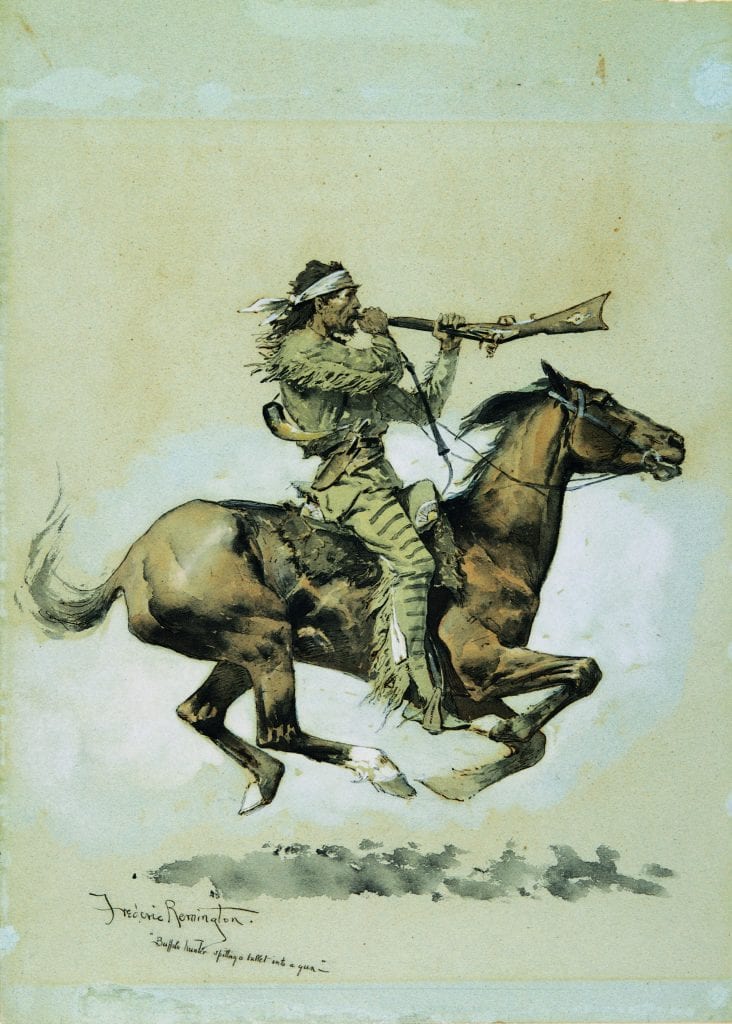 Richard Hunt: Synthesis. The exhibition focuses on formative periods in the career of the African American sculptor. More than 130 public commissions in more than 24 states have made him a legendary figure in modern and contemporary sculpture. Through February 10. Georgia Museum of Art, Athens.