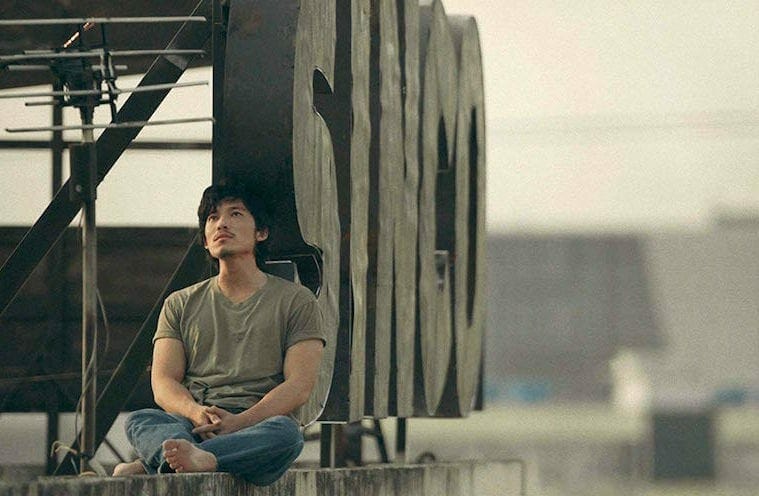 Vietnam-made “Song Lang” biggest winner at 2019 Out on Film fest, with four awards

The recent 11-day Out on Film festival has named the winners of its jury and audience awards. More than 10,000 filmgoers attended this year’s event, according to festival organizer Jim Farmer, making 2019 the third-largest fest ever. A record number of guests took part — some 60 filmmakers, actors, producers and crew members — and a record number of Q&A sessions were held. (Farmer is an ArtsATL contributor.)

Song Lang, a romantic drama, follows the unlikely bond that forms between an underground debt collector and a Vietnamese opera performer against the backdrop of Saigon in the 1990s. From “Sam Harris: A Musical Memoir”

Sam Harris, who came to fame in the 1980s as the winner of the talent contest Star Search, earned a special jury prize for performance excellence. Harris, now 58, has Broadway, film, writing and producing credits. He was cited for his one-man musical HAM: A Musical Memoir. The other winners below:

BEST DOCUMENTARY: Changing the Game, about elite high school athletes who are transgender. Runners-up: For They Know Not What They Do, 5B and Unsettled: Seeking Refuge in America.

BEST INTERNATIONAL FILM: End of the Century, about two men who meet in Barcelona, spend the day together and realize they’d met 20 years earlier. Runner-up: Billie and Emma.

BEST ENSEMBLE (tie): The casts of Saint Frances and Before You Know It. Saint Frances won the Audience Award at the South by Southwest Film Festival. Runner-up: Sell By. BEST SCREENPLAY: Straight Up, about a woman and a gay man who are intellectual soulmates.

BEST OVERALL SHORT: The One You Never Forget, about a 14-year-old boy preparing for his first dance.

BEST WOMEN’S SHORT: I Know Her, about two women, who, in the afterglow of a hookup, realize they may have too much in common.

BEST INTERNATIONAL SHORT: Kiko’s Saint, about a Japanese illustrator working in France who spies on a gay couple and finds her work and life going in new directions.

BEST TRANS SHORT: The Back-up Plan, about a woman who conceives twins through artificial insemination and meets the man of her dreams on the very same day.

BEST DOCUMENTARY SHORT: Sweetheart Dancers, about a gay couple determined to rewrite the rules of Native American culture through their participation in the “Sweetheart Dance.” The narrative film “Portrait of a Lady on Fire” received its Southeastern premiere as part of the 2019 Out on Film festival.

BEST DOCUMENTARY (tie): 5B, For They Know Not What They Do and Making Sweet Tea. Runner-up: Gay Chorus Deep South.

5B follows the staff and patients of San Francisco General Hospital’s AIDS ward during the early years of the epidemic.

For They Know Not What They Do looks at four faith-based families with LGBTQ children caught in the crosshairs of sexuality, identity and scripture after the U.S. Supreme Court legalized marriage equality.

Making Sweet Tea chronicles the journey of Southern-born, black gay researcher and performer E. Patrick Johnson as he travels home to North Carolina to deal with his past.

BEST COMEDY: The Shiny Shrimps, about an Olympic champion at the end of his career who makes a homophobic statement on TV and is tasked with coaching the Shiny Shrimps, a flamboyant and amateur gay water polo team. Runner-up: Six Characters in Search of a Play. OVERALL SHORT FILM: The One You Never Forget.

Killer Date follows a quiet, awkward and aspiring serial killer who asks his next target on a date, but things don’t go as planned.

Next Level Shit follows a man who prepares obsessively for a third date with his dreamboat, but things don’t go as planned.

Touchscreen follows a man who’s drifting through life, using a computer monitor as his window to the world. An online encounter shakes things up.

WOMEN’S SHORT: I Know Her.