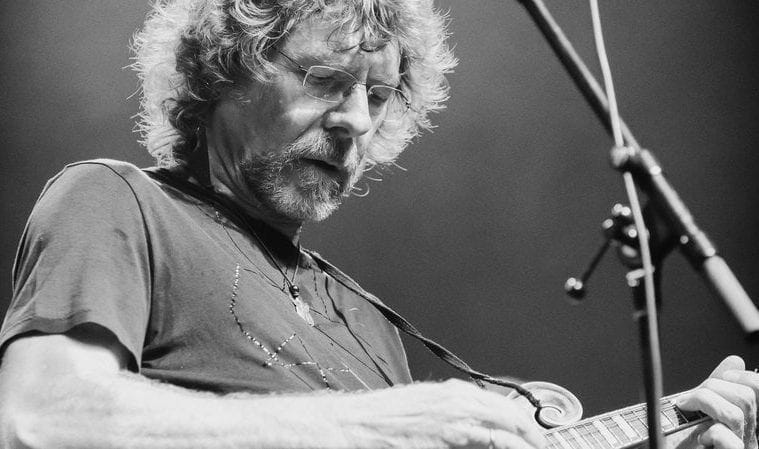 When Sam Bush picks up the phone from his home in Nashville on a balmy morning in early October, you don’t expect the father of modern bluegrass music to want to talk . . . baseball.

But the National League playoffs start that evening, and Bush’s two favorite teams — the Atlanta Braves and St. Louis Cardinals — are about to face off in a five-game series, and Bush is excited. He is pulling for the Cardinals (who eventually win) but predicts the Braves will go to the World Series. He talks about how he helped convert Emmylou Harris into a die-hard Braves fan when he played in her acoustic/bluegrass band The Nash Ramblers two decades ago.

“Emmylou is a major Braves fan,” he says. “She’ll watch Braves games on her phone when she’s on the road, and she works her tour so that she can see games. Back when I was playing with her, sometimes she’d sing the national anthem before a game and I’d go out with her and strum one chord on the mandolin and then she’d sing it a cappella.”

Bush is the subject of a recent documentary, Revival, that traces his roots from growing up on a farm outside Bowling Green, Kentucky, to the New Grass Revival to his current status as a beacon of bluegrass. Ironically, Bush’s desire to incorporate other influences — rock ’n’ roll, jazz and even reggae — into his music sometimes rubbed his elders the wrong way.

“I began to play mandolin at the age of 11,” he says. “My sister had a guitar and I was forbidden to play it, so of course I played it every chance I got. My dad was a fiddler, and I began to play that too. I grew up around country music and knew a lot about it. I was into Tommy Jackson (the Grand Ol’ Opry fiddle player) and when I heard Byron Berline of The Dillards, I knew what I wanted to sound like.” 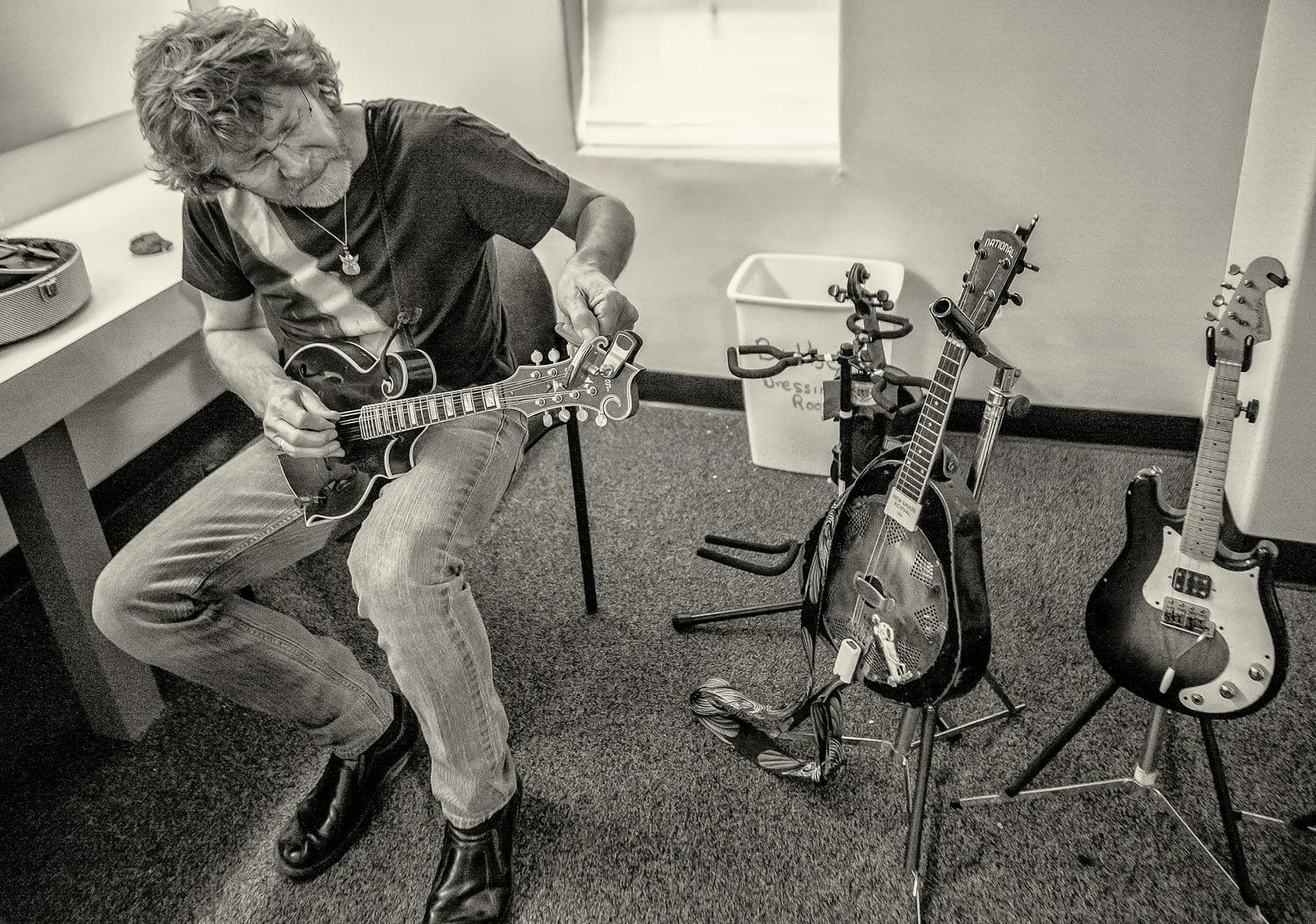 Bush uses a signature rhythm pattern for mandolin that was inspired by the reggae music of Bob Marley.

Bush was a three-time national junior fiddle champion. His father became friends with country music legend Roy Acuff when Acuff was considered the most powerful man in Nashville. Bush made his Grand Ole Opry debut sitting in with Acuff, and, at age 18, Acuff recruited him to join his band. Bush turned him down.

“I didn’t want to play in a band full of guys my father’s age,” Bush says. “I was interested in bluegrass and rock ‘n’ roll. His first tour that year was of Vietnam. I was draftable age and didn’t want to go to Vietnam in any way, shape or form. My dream was to go to California and join The Byrds.”

Instead, Bush became a founding member of the New Grass Revival, a band that pushed the boundaries of traditional bluegrass with jazz, rock and reggae influences. That led to some backlash from bluegrass founding father and traditionalist Bill Monroe. “In 1972, he didn’t want us to play” at a bluegrass club, Bush says. There’s a famous story where Monroe heard Bush play the mandolin — Monroe’s instrument — and he advised Bush to “stick to the fiddle, son.”

But that fissure began to heal in 1982 at a bluegrass festival where Monroe gave a nod to the Revival. And when Bush had testicular cancer a few years later, Monroe performed a benefit concert to help pay medical bills. “He told me he wanted to help in any way he could,” says Bush. “And we got to know each other.”

Bush’s influences aren’t strictly country and bluegrass. He picked up what became a signature rhythm pattern for mandolin from listening to Bob Marley, and the Allman Brothers Band inspired him to play slide on an electric mandolin. “Once I heard Duane Allman,” he says with a laugh, “I knew what I needed to do.”

Bush released his eighth solo album, Storyman, in 2016. At age 67, he has settled into his role as elder statesman and revered figure in bluegrass. “As I age, it’s easy to see young mandolin players who are fantastic,” he says. “The musicianship and quality just keeps getting better and better. You can either be threatened or embrace them, and I choose the latter. Young musicians will carry the torch and carry us forward.”