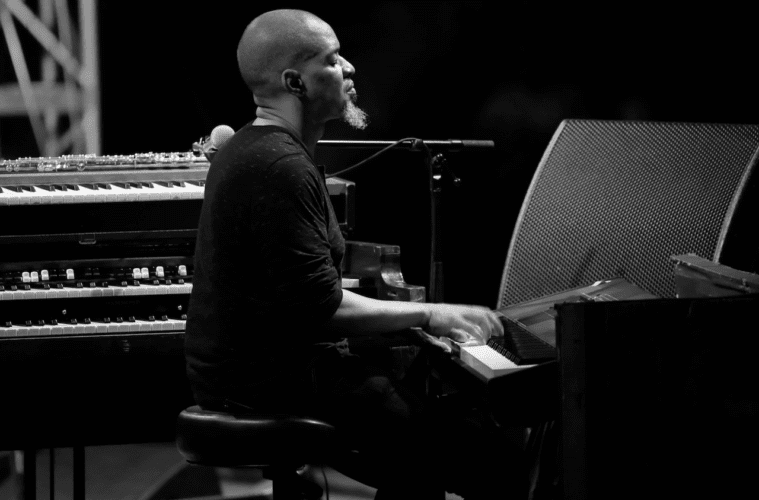 Kofi Burbridge, one of Atlanta’s most beloved musicians and a longtime collaborator with Derek Trucks, died Friday. He was 57.

A native of the Bronx who grew up in Washington, D.C., Burbridge joined the Derek Trucks Band in 1999. He then cofounded the Tedeschi Trucks Band in 2010; their debut album received the 2012 Grammy Award for Best Blues Album. Burbridge suffered a heart attack in June 2017 and underwent emergency surgery in Atlanta. He returned to play the Beacon Theatre with Tedeschi Trucks that October but had struggled with his health in recent weeks.

Tedeschi Trucks released its latest album, Signs, on Friday, and Burbridge played a major role in the recording sessions. Most notably, he wrote the string arrangement for the song “Strengthen What Remains” and played a haunting flute solo.

But Burbridge recently had to take a medical leave of absence from the band, which is currently on tour. The band released a statement on January 3 that said, “Unfortunately, Kofi Burbridge has suffered a recent setback related to his surgery in 2017 and had to undergo a follow-up procedure last week. The doctors feel good about his recent progress, and we’re hoping he’ll be out of the hospital soon, but he’ll need some time for recovery. . . . We appreciate everyone’s best wishes for Kofi, and we’re all looking forward to his healthy recovery and return to the stage where he belongs.”

The Tedeschi Trucks Band released a simple statement after Burbridge’s death: “We will miss our brother.” The marquee for the Tedeschi Trucks Band concert in Washington, D.C., Friday night.

Burbridge was one of the most popular musicians in the Atlanta scene, often sitting in with local artists and performing on their albums.

Drummer Yonrico Scott, who played with Burbridge in the Derek Trucks Band and on his own solo projects, broke the news of the death on Friday. “Today we have lost one of the most beautiful people on the planet,” Scott posted on Facebook. “My brother Kofi Burbridge has made his transition; he put up a hard fight. My heart goes out to the Burbridge family. Also to the [Derek Trucks Band] and [Tedeschi Trucks Band] family. My love is with you. Brother Kofi has touched so many souls thru his spirit and music . . . . I’m at a lost [sic] for words now. RIP brother Kofi.”

Amy Ray of the Indigo Girls said on Twitter, “I am gonna miss the magic of Kofi Burbridge. He was a kind and gentle man and gave music to the world. Now I truly believe in the angel band.”

“Sorry to hear about Kofi Burbridge, my friend and great musician,” jazz guitarist Grant Green Jr. posted on Facebook. “Everyone who knew Kofi will tell you he was a wonderful human being. My heart goes out to his family. We will all miss you my friend!”

Keyboardist Ike Stubblefield posted on Facebook: “It’s been an honor and privilege knowing and performing with one of the most humble and talented musicians I’ve ever known. Kofi will always be with me in heart and spirit. My deepest condolences to the Burbridge family, Trucks family and friends and fans. Rest In Peace Kofi.”

Jeff Coffin of the Dave Matthews Band was a longtime friend of Burbridge. “I am just devastated to learn of the passing of one of the most beautiful personal and musical souls in my life. Kofi Burbridge has left us. We made so much music together and traveled and taught together and recorded and wrote and shared so many memories. I spoke with him 2 days ago, and he was so upbeat and sounded like he was on the mend. He said he was up walking in the hospital and talking about how grateful he was to be recovering. Our last words to each other were “I love you.” He is everywhere, and he is forever in our hearts and sounds. I am so grateful for him.”

Dickey Betts, a founding member of The Allman Brothers Band, also released a statement: “We are very saddened to hear of the passing of Kofi Burbridge. A truly gifted musician, he played with The Allman Brothers Band on several occasions after his younger brother Oteil joined the ABB in 1997. The last time Dickey and Kofi shared the stage was in 2013, when Dickey and Duane Betts joined Derek Trucks and the Tedeschi Trucks Band during their annual Beacon run.”

The Burbridge brothers grew up in Washington, D.C., with parents who encouraged their love for music. “We got lucky because we had a set of parents who saw that we were interested,” Burbridge told NYS Music in 2016. “Like any responsible pair, they made us get our work done first and then we could play. It showed them, though, that we were really passionate about getting into music, so they invested in lessons and things like that. We had the benefit of my dad’s extensive record collection as well. He’s not a musician per se, but an extreme connoisseur of music. We had this treasure waiting for us, not knowing it was treasure waiting for us.”

Burbridge and his brother, Oteil, moved to Atlanta in 1987 to form the band Knee-Deep with drummer Jeff Sipe.

Sipe and bassist Oteil Burbridge would soon join Colonel Bruce Hampton in the Aquarium Rescue Unit, the group that helped fuel the jam band scene that made stars of Dave Matthews, Derek Trucks, Phish and others.

One of his signature moments with the Derek Trucks Band was the song “Like Anyone Else,” which Burbridge wrote. It featured soul legend Solomon Burke on lead vocals.

Trucks cited Burbridge as “our secret weapon and a supreme badass” in the Tedeschi Trucks Band, and he noted Burbridge’s contributions to “Strengthen What Remains” on Signs. Ironically, the album’s mood is informed by the deaths of Butch Trucks of the Allman Brothers, Gregg Allman and Colonel Bruce Hampton, all in the first half of 2017.

“There’s some good air on the record,” Trucks recently told Relix magazine. “When you get to ‘Strengthen What Remains,’ the drums are gone, the bass is upright and there is an acoustic guitar. The flutes are outrageous, and the strings that Kofi wrote are just gorgeous. That’s one of my favorite moments.”