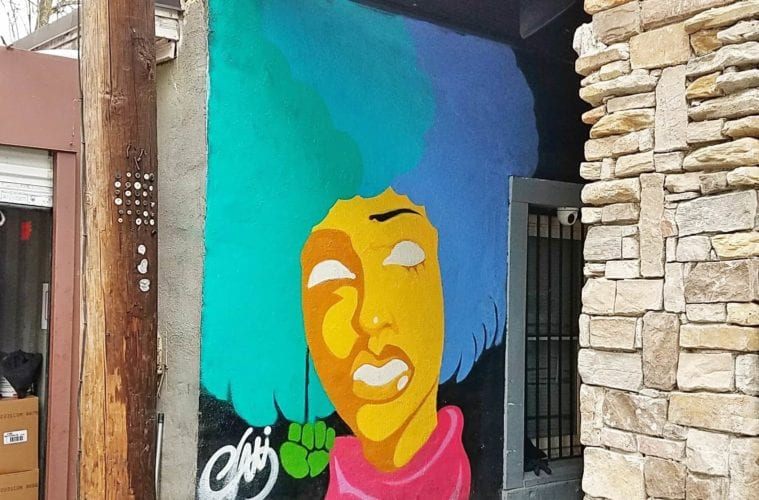 Detail of the Edgewood alley mural by Chris Davis (Courtesy of streetartmap.org)

This week in street art: Down the rabbit hole, er, alley along Edgewood Avenue

Kathy JanichMay 16, 2019
Art+DesignArt+Design - Street ArtFeatured HOME
Six walls. Five artists. One alley. You’d likely miss them all if you power walked past Noni’s Deli at 357 Edgewood Ave. SE, moving too fast to see everything around you. Wander into the alley with us today and see what’s there. You can also do the tour online or on foot by taking Atlanta Street Art Map’s Edgewood Avenue Tour (artists mentioned in alphabetical order).

Cocktails, anyone? The half-Honduran, half-African American Jurell Cayetano moved with his mother to Atlanta from Brooklyn when he was in grade school. His work generally focuses on portraiture and colorful scenes that depict overlooked aspects of life. He has a B.F.A. in illustration from the School of Visual Arts in New York and had a 2018 show at Wish Gallery. 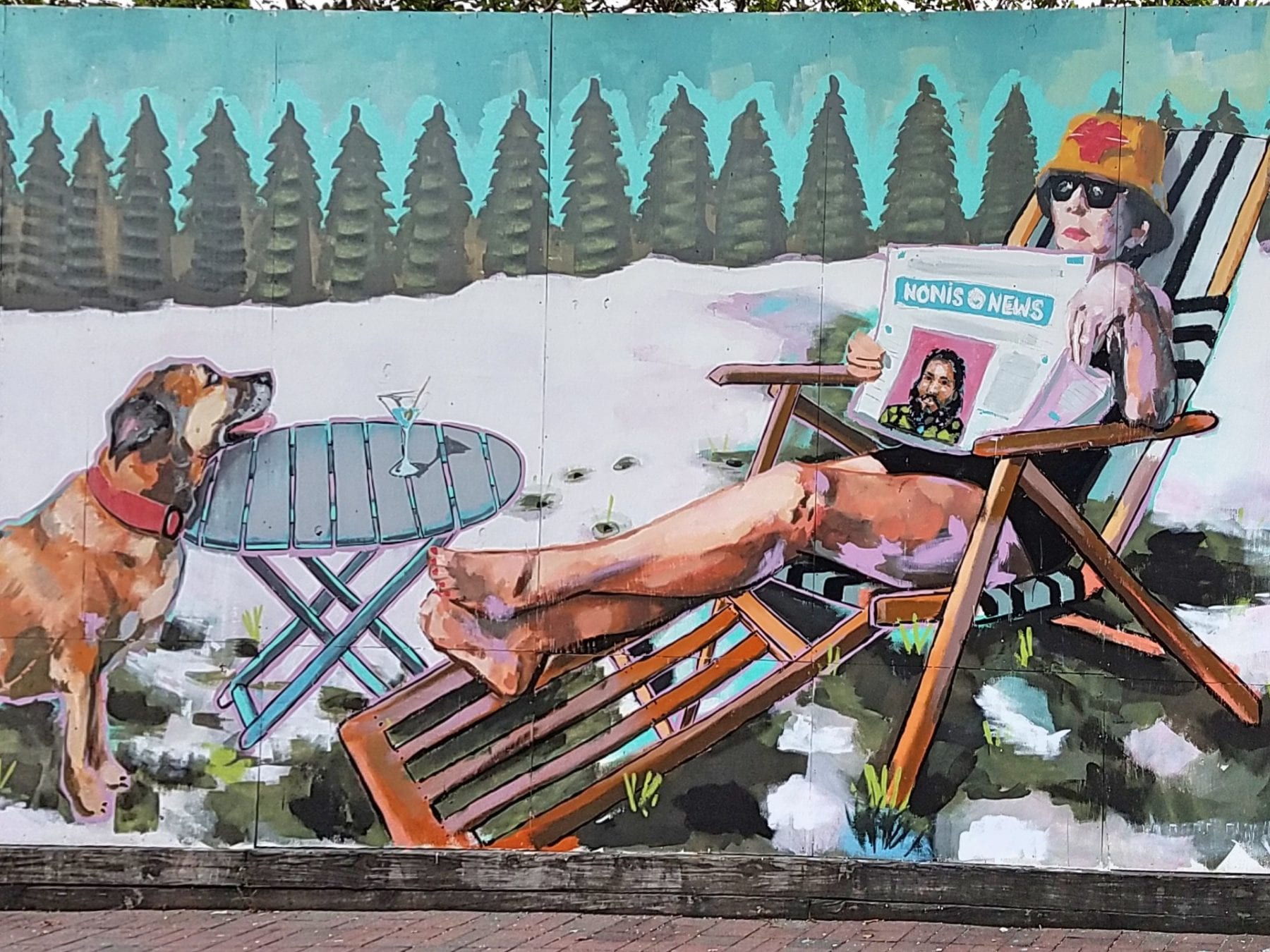 Chris Davis, a muralist and a tattoo artist at City of Ink, says he’s been drawing since he was 18 months old. He was born in Madison, Wisconsin, and moved to Atlanta in 1994. Hip-hop music influenced him, but the higher education/rat-race kind of lifestyle didn’t appeal to him, so he decided to take his art seriously and make it his profession. 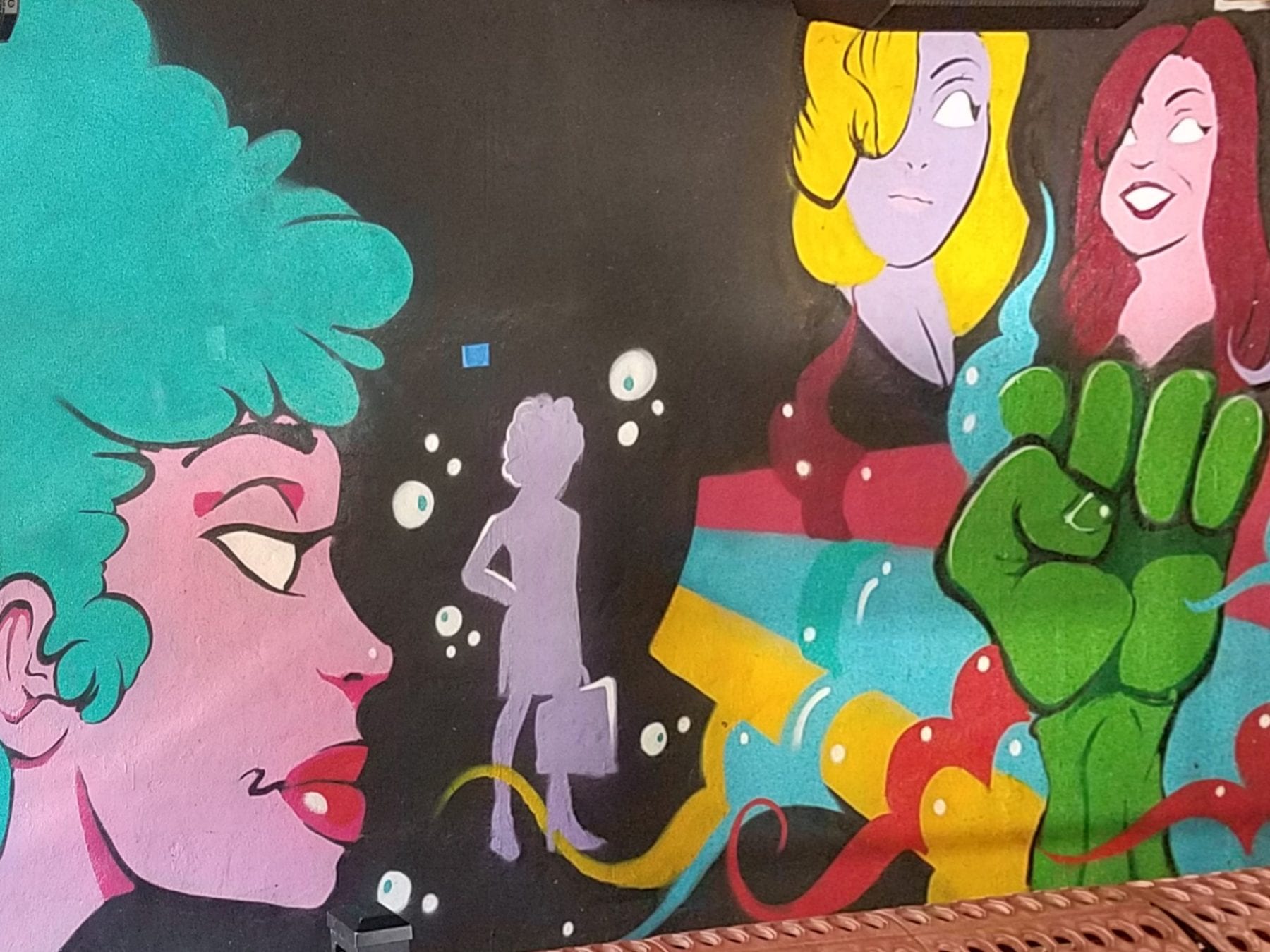 Detail of the same mural by Chris Davis; to see this part, you need to poke your head inside a covered alley. (Courtesy of streetartmap.org)

Lonnie Garner is an independent freelance designer and art director with a passion for digital and traditional media and art. He also has a mural side and a B.A. in fine art and communications from Chicago’s American Academy of Art. His Edgewood alley mural is the latest to go up. 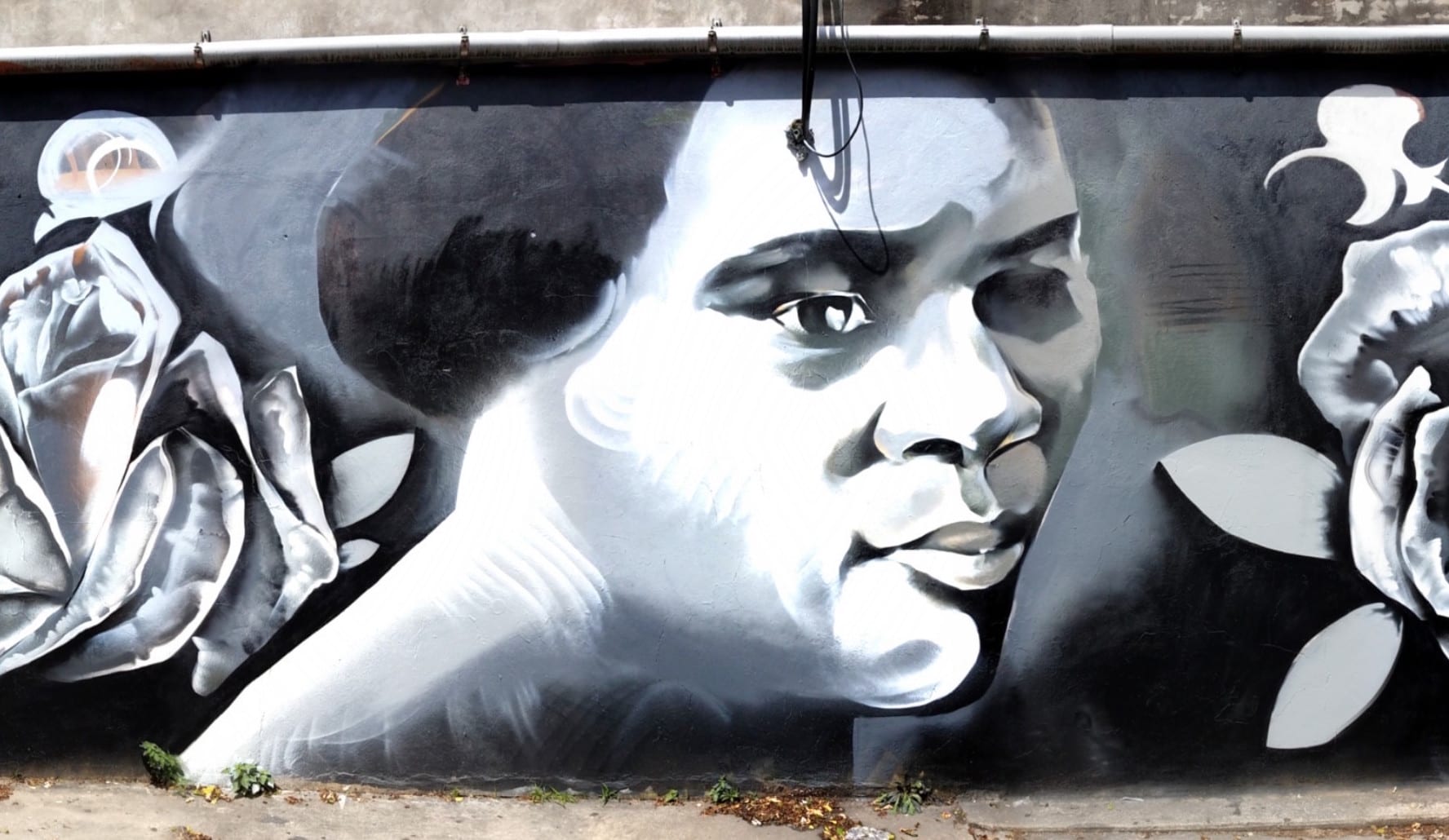 Detail of the mural by Lonnie Quest Garner (Courtesy of streetartmap.org)

Meagan Jain is a painter and muralist with a master’s degree in gerontology from Georgia State University. She calls herself a “gerontolartist,” as in gerontologist + artist = gerontolartist. Her mural work, she says, focuses on age and growth throughout life by evoking elements from nature. 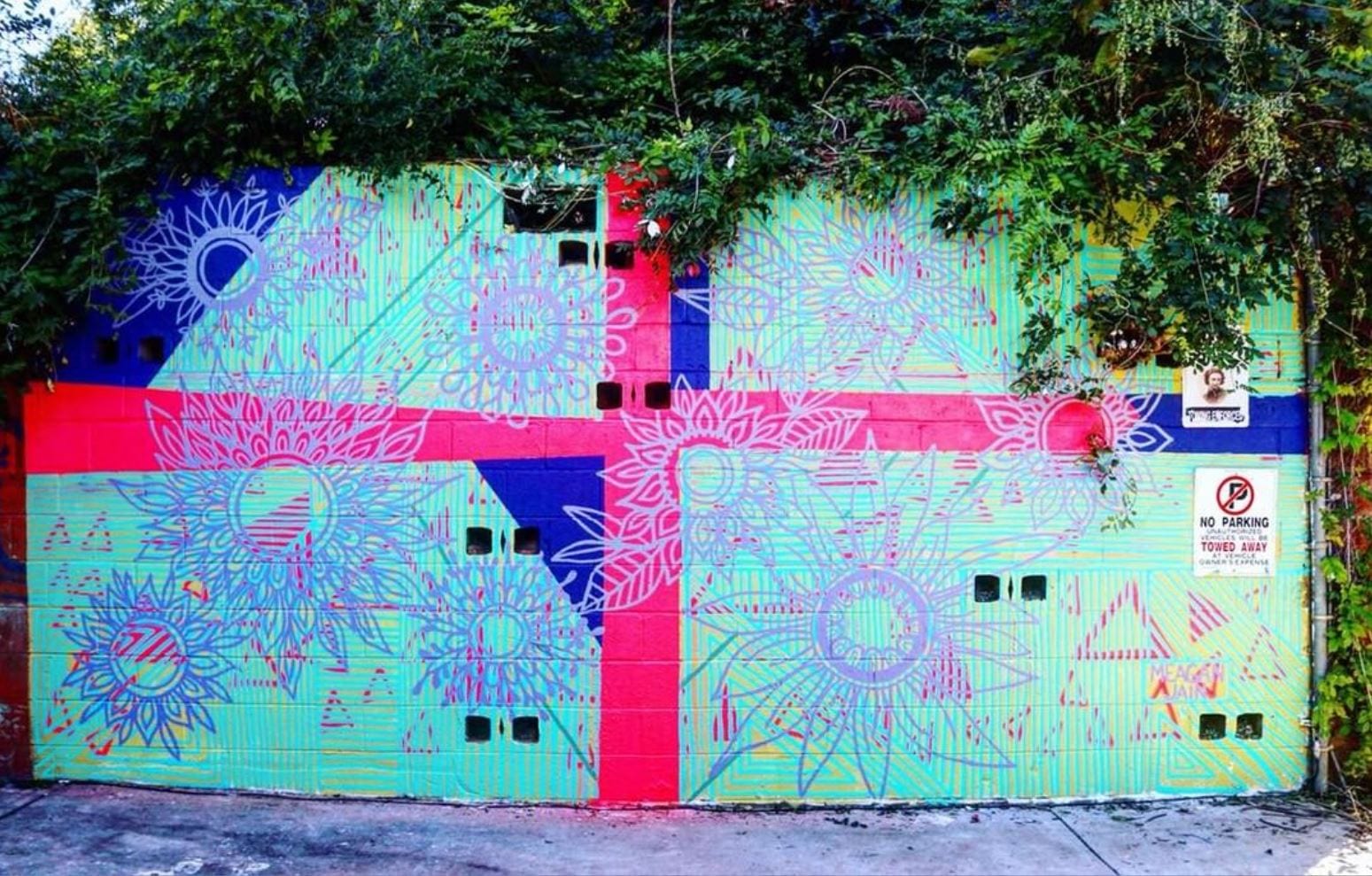 The mural by Meagan Jain (Courtesy of the artist)

Chris Veal is known for the satire and social commentary he creates with his favorite medium — spray paint. He was born in Milledgeville and has been making art in Atlanta since moving to the Old Fourth Ward in 1999. Veal estimates spending 60 to 80 hours a week doing graffiti, portraits and murals as well as his art-related day job. And he says he loves it. 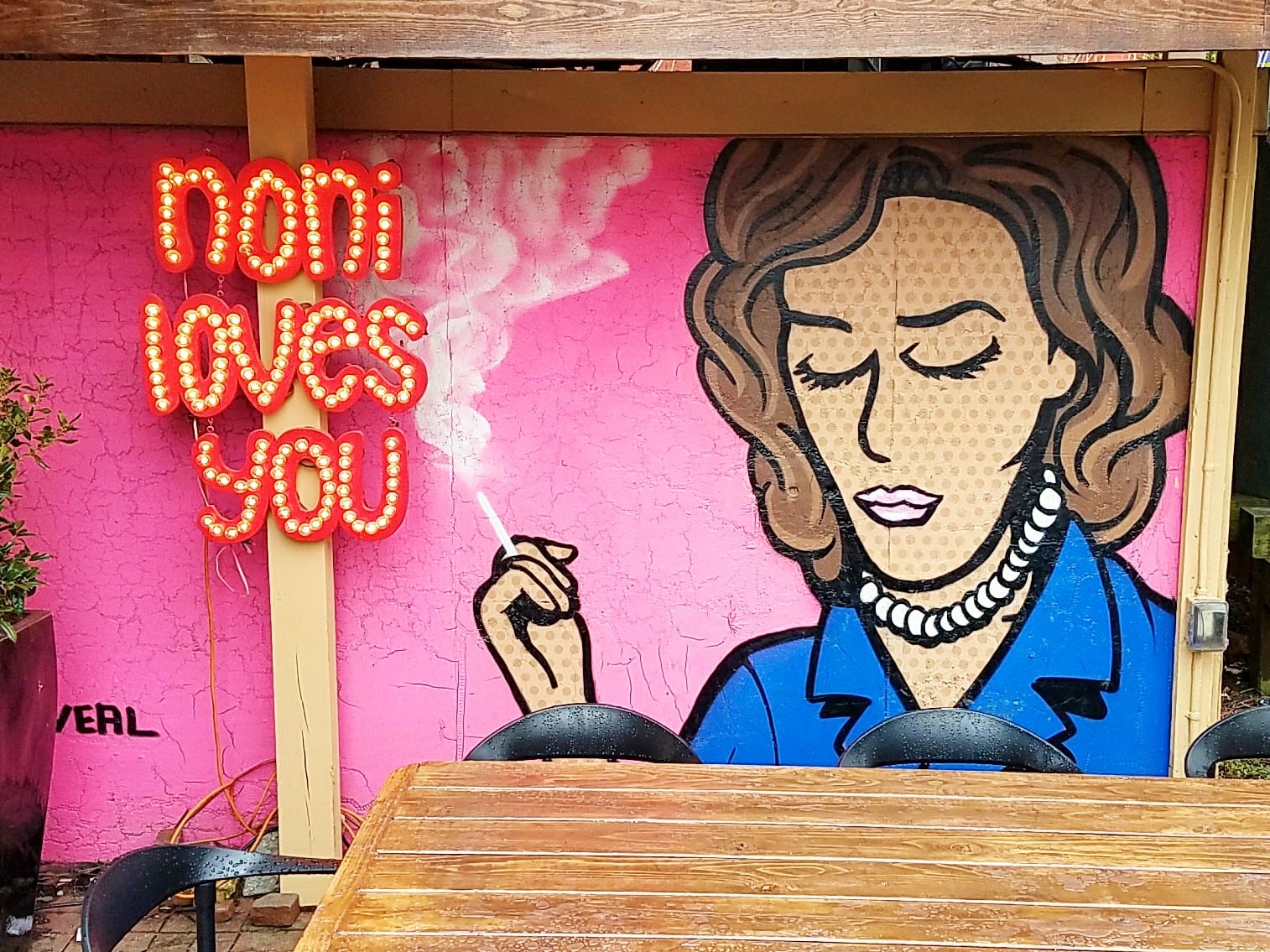 Murals by Chris Veal, above and below (Courtesy of streetartmap.org) 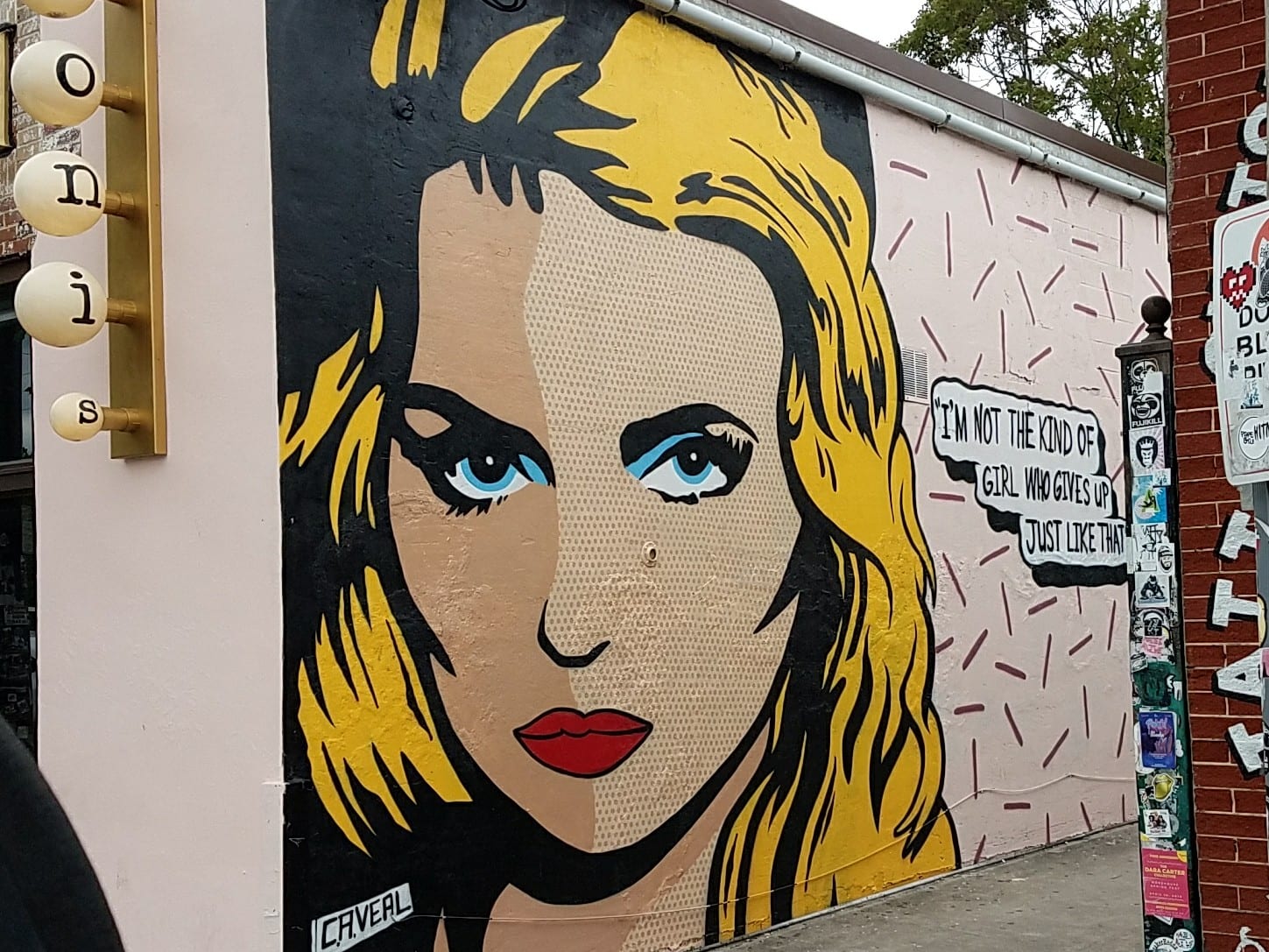