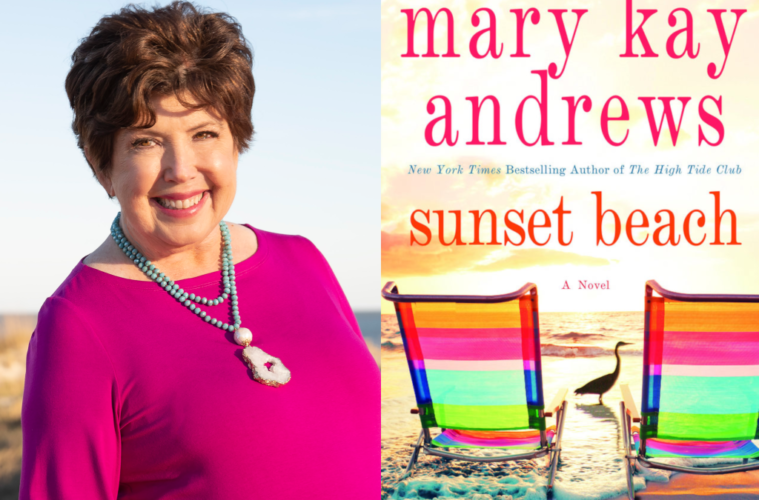 In a blog post on her website, Georgia author Mary Kay Andrews — the pen name for “recovering journalist” and author Kathy Hogan Trocheck — writes that her more recent novels “have been called beach reads, because they’re fast-paced, entertaining reads, featuring characters my readers can root for, and because they include a puzzle, sometimes a murder, sometimes not, that hopefully keep you guessing right up until the end.”

Sunset Beach, her 26th novel and 16th since assuming the name Mary Kay Andrews, is described in comparison as a “beach book that comes with a twist.” Although it is a darker and more dramatic addition to her catalog, Sunset Beach is somewhat indistinguishable from her other releases, and it’s not likely to subvert the expectations readers have when they pick up a title with Trocheck’s nom de plume emblazoned across the cover.

What readers can be sure to expect, then, in addition to the qualities that characterize her other “beach reads,” is a consistent and skillful narrative craft. Like Fannie Flagg, Rebecca Wells, Robert Harling’s 1987 play Steel Magnolias or Linda Bloodworth-Thomason’s television sitcom Designing Women, Andrews can engineer a story with humor and heart — one that features headstrong, witty, intelligent women who traffic in making trouble.

The locales in which her characters find themselves are often coastal and scattered across the American South. And these women, despite their best intentions, often find the infrastructure from which they built their lives collapsing due to circumstances beyond their control. The relationships they have with their family, friends, partners and, perhaps most importantly, themselves are the machinations that operate just under the book jacket’s glossy surface.

Drue Campbell, the protagonist of Sunset Beach, has all the makings of this archetypal Mary Kay Andrews heroine. Following an injury that ends her kiteboarding career, Drue is confronted with the reappearance of her long-estranged father, Brice, at her mother’s funeral. He informs Drue that she’s inherited Coquina Cottage, the beachside bungalow where she spent countless summers as a child. Years of neglect have ravaged the house, however, and living there not only means moving across the state of Florida to her hometown of Sunset Beach but also accepting a job offer — at her detested father’s law firm.

Homecoming is an overarching theme here that reverberates throughout the text, but it also has roots in the gestation of Andrews’ novel. She mentions that this book is “a sort of valentine to my hometown of St. Petersburg,” and it also harks back to her days as a reporter at the Atlanta Journal-Constitution, where she encountered the 1965 disappearance of Mary Shotwell Little, a cold case that provided the inspiration for one of the mysteries at the heart of Sunset Beach.

One of the most evocative moments of the book is the journey Drue takes through Coquina Cottage after her first arrival, where she remembers what the house looked liked before the years (and a pack-rat tenant) ravaged its charm. The memories of her Nonni and Papi, who had built the home decades prior, swirl around Drue like settled dust before she gets to work remaking the home into a space of her own.

Classifying Mary Kay Andrews as a writer of “beach reads” is not inaccurate, but it stands to discount one of the primary achievements of her work: the continuation of a specific brand of empowerment and visibility for Southern women that begets the tradition Wells, Flagg, Harling and Bloodworth-Thomason are known for. It’s no wonder readers keep returning to her books. They’re coming home.