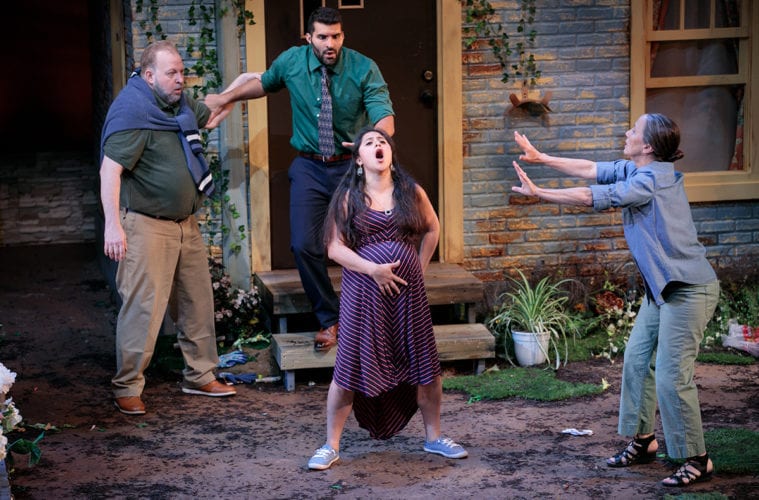 Every week, our editors and guest writers give you their top six picks for the weekend’s best shows. This weekend, comedians holler for a dollar, and Madison Avenue is reimagined as a place run by women where men can’t get ahead. Also, be sure to check out our metro Atlanta theater map to see a full list of professional theaters by county.

Relapse Theatre, Dollar Comedy Show In this unique comedy experience, eight comics perform six-minute sets, and the audience votes for their favorite by giving them a dollar. The comedian with the most dollars wins. May 18 at 10:30 p.m.

Alliance Theatre, Ride the Cyclone In this dark comedy, the Saint Cassian High School Chamber Choir boards the Cyclone roller coaster at 6:17 p.m., dying minutes later when the front axle breaks, sending them to their tragic demise. When they awake in a strange purgatory, a mechanical fortune teller invites each to tell the story of a life interrupted, with the promise of a prize like no other — a chance for one of them to return to life. Through May 26.