Author appearance: Karen Abbott will celebrate the publication of “American Rose” at the Ballroom Book Bash, featuring jazz singer Bernadette Seacrest & Her Provocateurs, at 7 p.m. Tuesday, January 18, at the Ballroom Lounge, Highland Inn, 644 North Highland Avenue, Atlanta. Tickets are $28 including a signed copy of “American Rose” or $15 without the book. Tickets may be purchased online at acapellabooks.com. 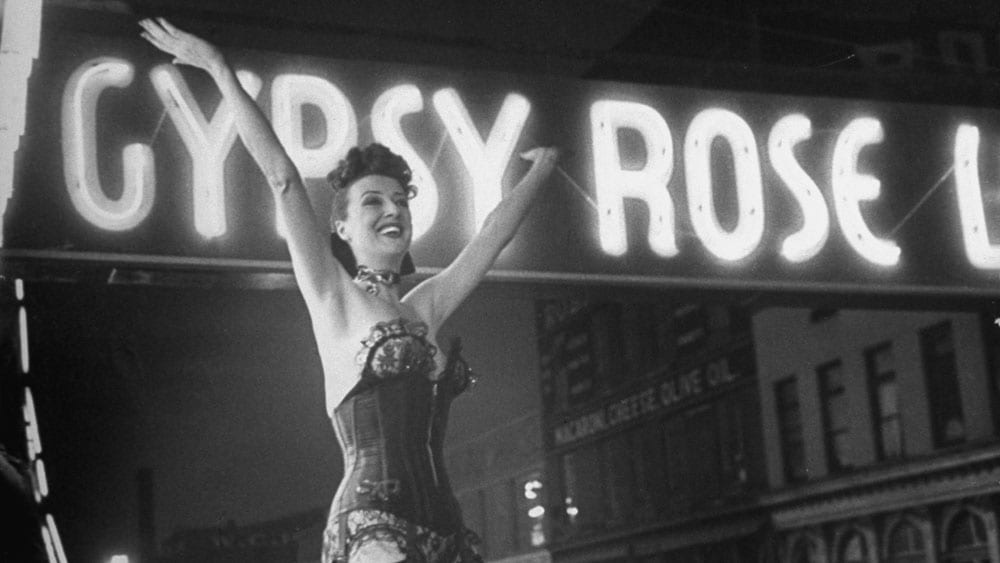 Karen Abbott displays tremendous skill in bringing to life the scrappy milieu of vaudeville — “cheap entertainment for immigrants” — and burlesque through which Gypsy Rose Lee progressed. While she dispels many of the myths that Lee perpetuated about herself, including the false history of being a child star — that was actually her precocious baby sister June, to whom she played second fiddle for years — Abbott is less adept at getting under the skin of the adult Gypsy, a formidable bundle of contradictions. She was a stripper with a razor-sharp brain, a writer who hobnobbed with New York literati but also enjoyed parties where acts of copulation took center stage, a performer who sedated herself with alcohol and was rumored to let her pet monkey play with her privates, yet diligently typed away at a novel backstage in her corset. 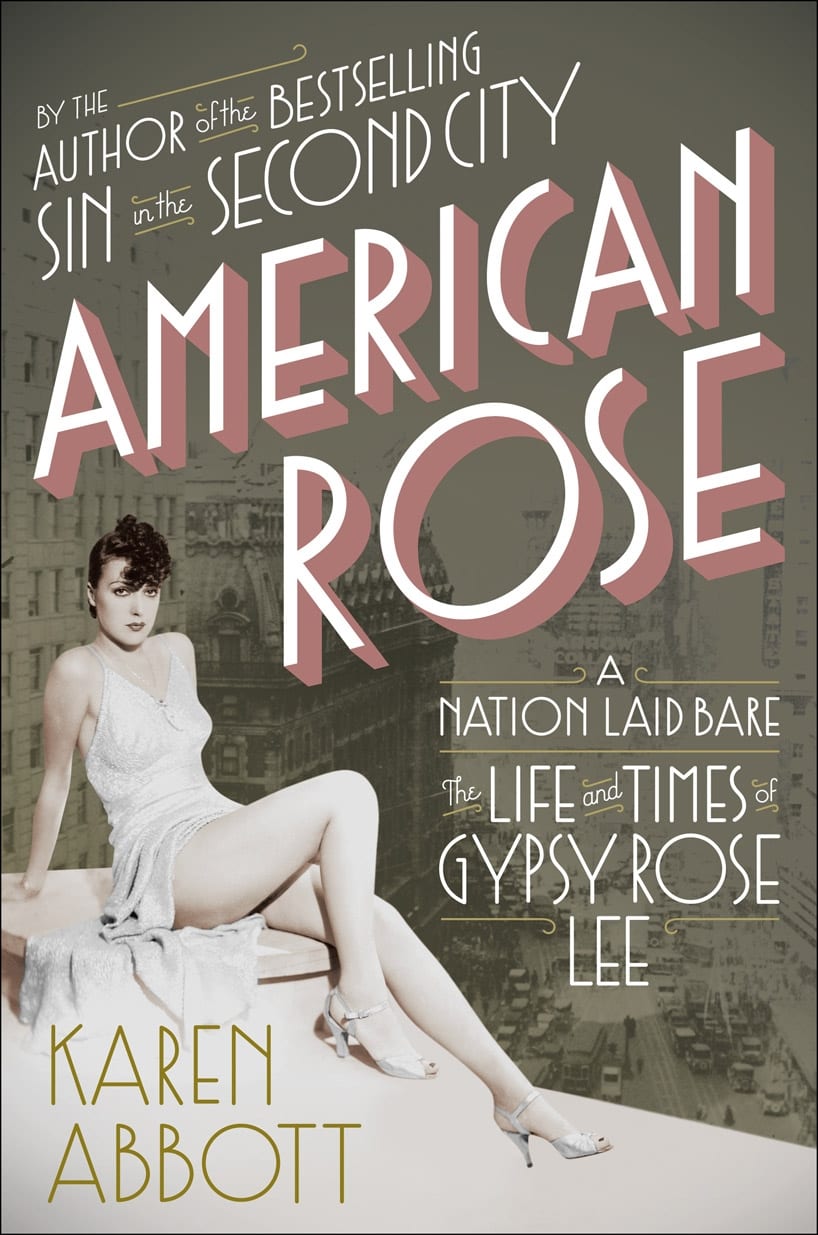 We come to know all these intriguing and repellent facts about Lee, but Abbott keeps shifting her focus, yanking the story back and forth between her youth and stardom, turning bits of Lee’s glittering personality around like shards of glass in a kaleidoscope. How the whole of Gypsy actually fits together seems to remain just beyond the author’s grasp. But the world she belonged to, an America losing its Old World mores in the Roaring Twenties and coming unhinged by its first sexual revolution, is a fascinating piece of history to contemplate.

I spoke with Abbott by telephone in advance of her upcoming visit to Atlanta, where she lived from 2001 to 2007 and still owns a house. She recalls sitting on her front porch at night and watching hookers ply their trade along Piedmont Avenue in Midtown. By day she wrote her acclaimed first book, “Sin in the Second City,” about two madams who ran a high-class Chicago brothel at the turn of the century.

Abbott’s fascination with bad girls continues. Below is an edited excerpt from our conversation about the Hovick women, around whom “American Rose” turns: the legendary Gypsy Rose Lee (born Louise Hovick), her younger sister June Havoc and their domineering stage mother Rose, who launched them on the vaudeville circuit before they were old enough for kindergarten.

Parul Kapur Hinzen: What got you interested in the life of Gypsy Rose Lee? 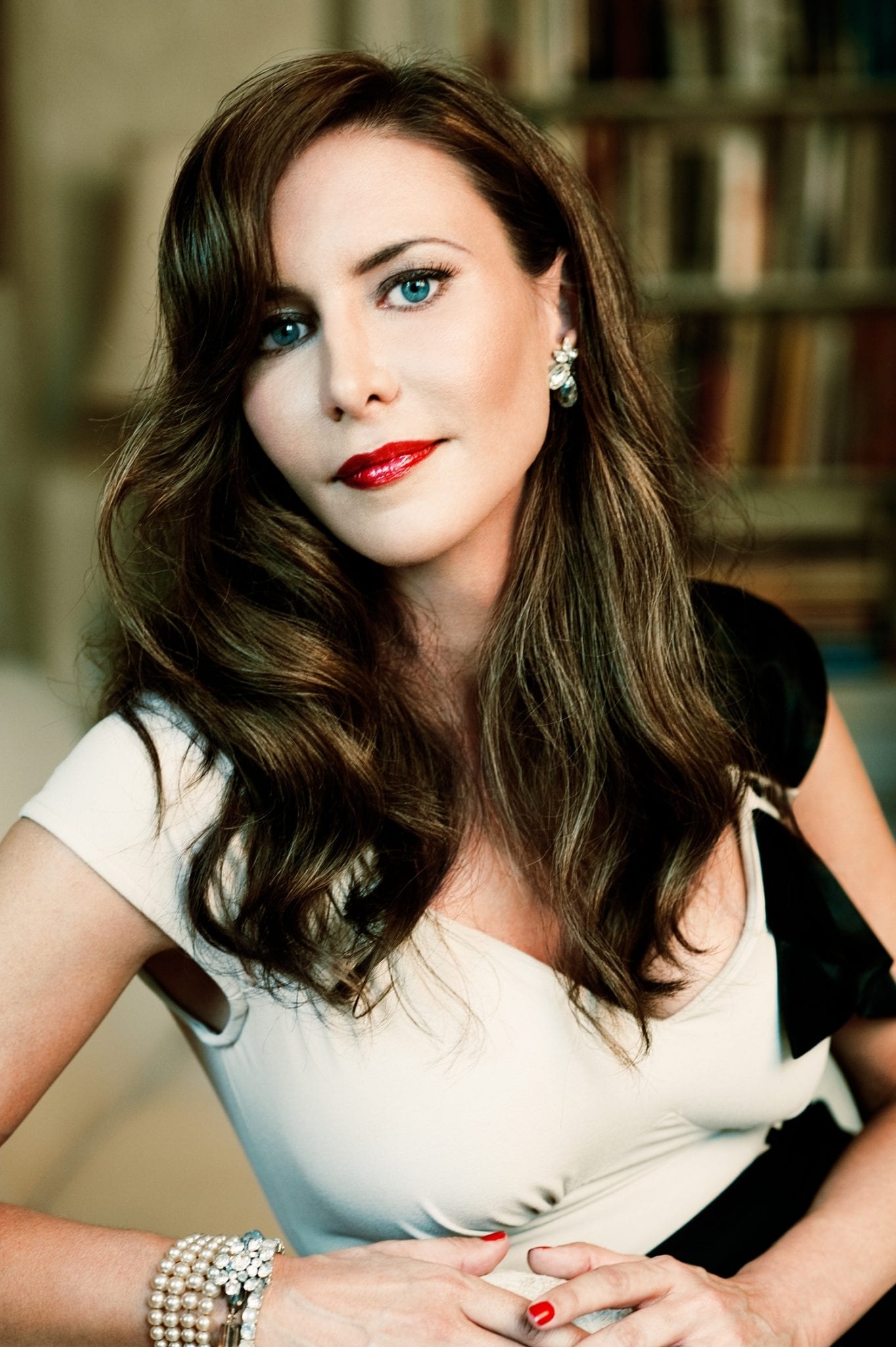 Karen Abbott: Well … my grandmother. Gypsy would have just turned 100 years old last Saturday [January 8], and my grandmother is only a few years younger. She used to tell me stories about growing up during the Great Depression and once told me about a cousin who went to see Gypsy Rose Lee perform in 1935. He said Gypsy took a full 15 minutes to peel off a single glove and that she was so damn good at it, he gladly would have given her 15 more, which I thought was remarkable. Who could make taking off a glove so riveting? So I started researching. I met up with June Havoc and talked with Gypsy’s son [by director Otto Preminger], and I spent a lot of time at the New York Public Library.

Hinzen: You describe Gypsy Rose Lee, the stripper, as being very much the imaginative creation of Louise Hovick. Do you think Louise was in total control of what she was doing? Or was she in some way exploited too?

Abbott: She was most definitely exploited — first and foremost by her mother. In order for Gypsy to have created Gypsy Rose Lee, she had to survive her mother, who turned her and June against each other at a very young age. She fed them on $1 a day, while she carried $3,000 in a bag around her waist. She threatened to blackmail Gypsy for every secret thing she’d done to make it big. She literally killed to get her daughters on stage. I think her mother convinced Gypsy at a very early age that she couldn’t really trust anyone but her mother.

It took Gypsy a long time to finally break away and build the creation she named Gypsy Rose Lee. Was she exploited after that? I don’t think so. If she was exploited at all, it was by the limitations of her creation. She had a very conflicted, tortured relationship with it. She loved it for the things it gave her: money, security, fame, independence from her mother. But she lived in this exquisite trap that she herself had set.

Hinzen: Gypsy’s wit and intelligence made her a favorite of New York’s literary set. She schooled herself by reading widely. Was she taken seriously by these intellectuals and writers, or were they just slumming when they went to her Friday salons? 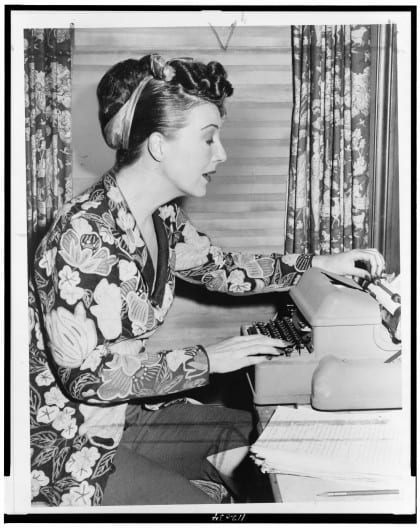 Abbott: She was taken seriously. She published articles in The New Yorker, she got two book deals, she wrote a play that was produced on Broadway. She was invited to live in a writers’ colony with some of the most important artists of her time, including W.H. Auden. Carson McCullers loved her and thought she was brilliant. H.L. Mencken coined the word “ecdysiast” in her honor [a facetious term for “stripper”]. And she hung out with members of the Algonquin Round Table. I think they, of course, were titillated by the idea that they were hanging out with Gypsy Rose Lee.

But they also recognized she was a very smart woman. Early in her debut at Minsky’s Burlesque, she attended a party with a lot of publishing people and began holding forth on “The Good Earth,” which had just been published. Everyone was astounded that this creature who was known for stripping was speaking very intelligently about Pearl S. Buck’s novel.

Hinzen: What lured her to continue working in burlesque when she considered herself a serious person? Money?

Abbott: When she entered burlesque, she was starving. She was eating dog food. “Gypsy Rose Lee,” the creation, was a way to give her security, so she never had to go back to being Louise Hovick. Money was a driving force in her life. As June said, “Money was her god.”

Abbott: There’s no understanding that mother. Bat-shit crazy. As June said, she protested for five minutes [against Gypsy’s stripping]. But once the money started coming in, she just went along for the ride. There was all that talk about her being prudish and proper. But then she was going through men one right after another. There’s just no making sense of her. June suggested she was bipolar.

Hinzen: What’s your next project?

Abbott: Actually, [my next book] just sold. It’s about unscrupulous characters in the Civil War. I never thought much about the Civil War until I moved to Atlanta and realized that we’re still fighting the Civil War! [Laughter.] I’m from Philadelphia. So I get down to Atlanta and the first time I saw a Confederate flag, I was like, Are you kidding me?