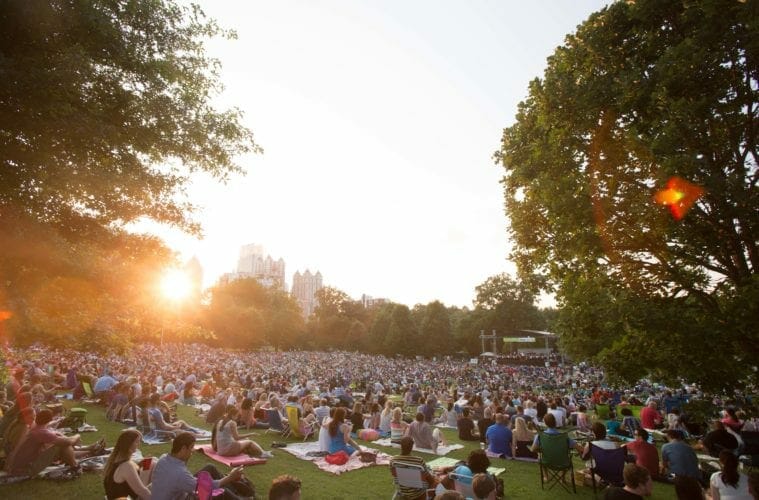 The ASO performs two free concerts in Piedmont Park on June 12 and June 19. (Courtesy of ASO)

The Atlanta Symphony Orchestra will continue an Atlanta summer tradition with two free concerts in Piedmont Park’s Oak Hill on June 12 and June 19. The orchestra returned to Oak Hill in 2016 after a nearly 10-year period of performing in the much smaller Promenade area of Piedmont Park.

The program on June 12 will feature a preconcert from the Atlanta Symphony Youth Orchestra beginning at 6:30 p.m., followed by the ASO’s performance of Tchaikovsky and more at 7:30 p.m. The main performance, led by ASO music director Robert Spano, will feature Christopher Theofanidis’ “Rainbow Body,” Rossini’s Overture to The Barber of Seville and Tchaikovsky’s Symphony No. 5.

On June 19, assistant conductor Stephen Mulligan leads the ASO and prominent vocalists from the opera world to perform several opera favorites, including selections from Carmen, La Bohème, Porgy and Bess and more.