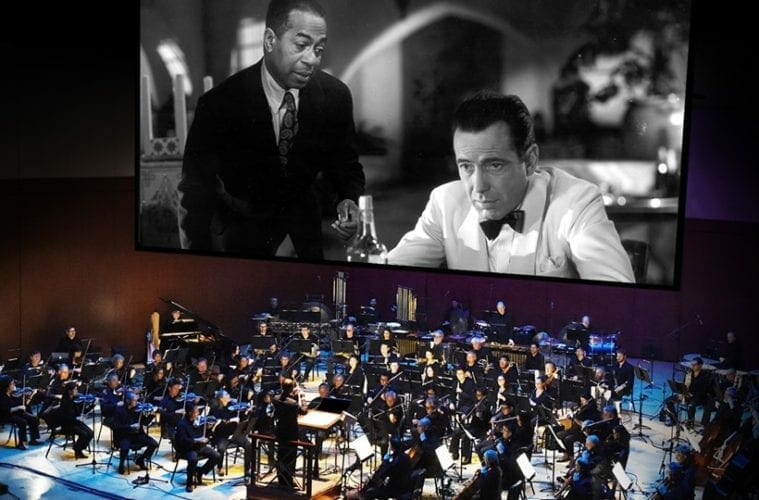 The ASO performs the score of Casablanca live to the film on June 14 and June 15. (Courtesy of ASO)

Each Wednesday, we’ll round up our top sonic picks for the week ahead – from performances by the Atlanta Symphony Orchestra to the bands of East Atlanta Village, these concerts have captured our critics’ attention as worth adding to your calendar. View ARTS ATL’s comprehensive calendar of events here.

Atlanta Summer Organ Festival: Charles Miller. With 35 years of experience in music, Charles Miller leads the Atlanta Chapter of the American Guild of Organists in a performance of Bach, Mendelssohn, Jean Langlais and more. 7:30 p.m. All Saints Episcopal Church.

ASO: Casablanca. The Academy Award-winning classic comes to life as the ASO performs the score live while the film plays onscreen. 8 p.m. Symphony Hall. The program repeats on Saturday at 8 p.m.

Harrower Summer Opera Performance: Cosí Fan Tutte. Georgia State University continues its summer performances with Mozart’s opera, which is a story of the ongoing battle between the sexes. 7:30 p.m. Florence Kopleff Recital Hall. The program repeats on Saturday at 3 p.m.

Backtrack. Join the New York-based rap-rock band as they perform genre-bending tunes from their most recent album, Bad to My World, in their last Atlanta show ever. 8 p.m. The Bakery.