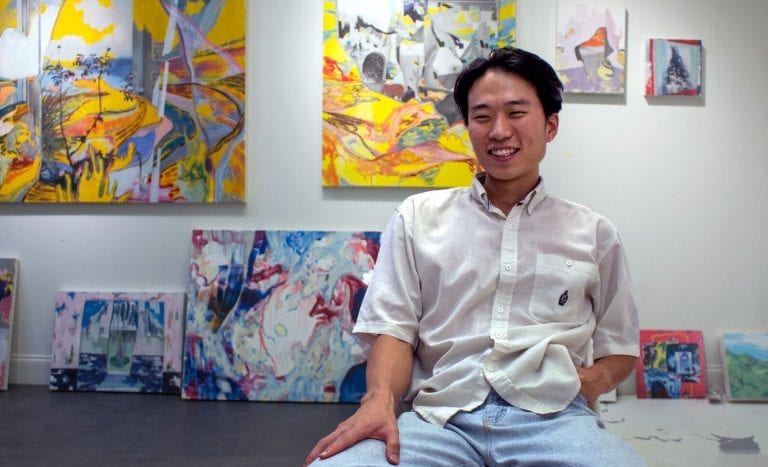 Wihro Kim in his studio. (All photos by Anna Nelson-Daniel.)

A studio visit with Wihro Kim

I met up with Wihro in his studio off of Peachtree Industrial Boulevard to discuss his work, his large family and overall creative process.

ArtsATL: Seeing all of your work together here in the studio, it’s as if we just walked into another one of your installations. Nothing Lasts Forever, Until It Does broke away from your established painting practice while still including painted works inside the structure. What were your thoughts leading up to the execution of this piece?

Wihro Kim: Brian Egan, who runs the space, contacted me to do a solo show, and the timing worked out. That space is unique and feels like it has a lot of embedded history in it. So I wanted to play with the space itself instead of just putting a bunch of paintings on the wall. Both the vision and execution were intertwined. I spent a few nights there to set it all up. The show was collaborative in the way it was set up, with Onyew Kim, Michael Sanders, Brandon English and Brian. Overall, my aim was to treat the space as a surface [of a painting]. 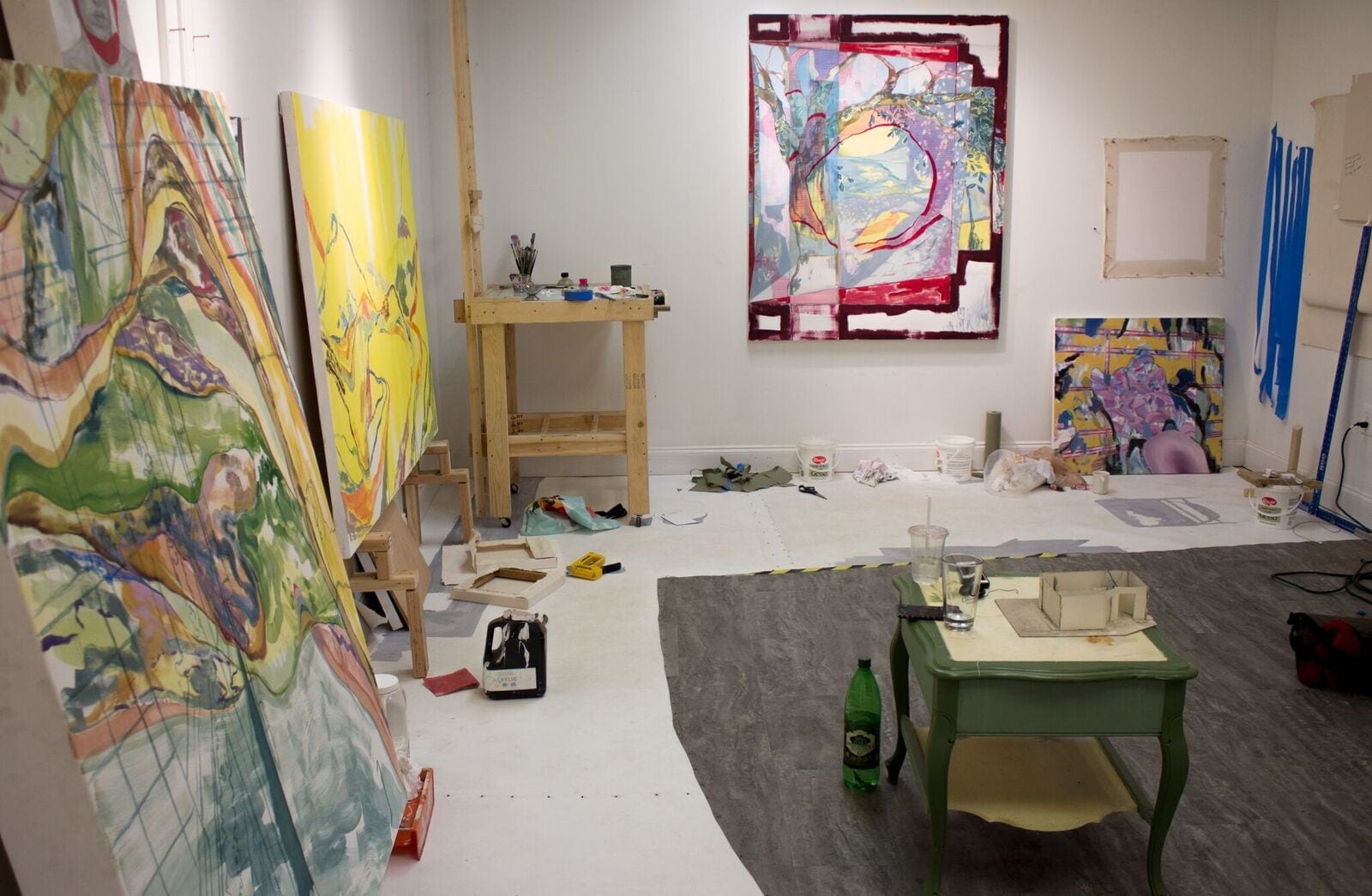 ArtsATL: In many ways, moving through the gallery was like walking into one of your paintings – inhabiting this imagined space which still incorporated the paintings in the installation itself.

Wihro Kim: I wanted to look at it as a surface you could exist within. I’m kind of interested in dimensional spaces where no one really knows what could be there. It could be anything really. I’m interested in that possibility. Before I painted the walls, I set up the objects and panels. I think it’s the painting that brought everything together. It tied all of these objects together and grounded it — one large decision that unifies all these different parts. I’ve done that in my paintings before where there are a lot of different things happening simultaneously. 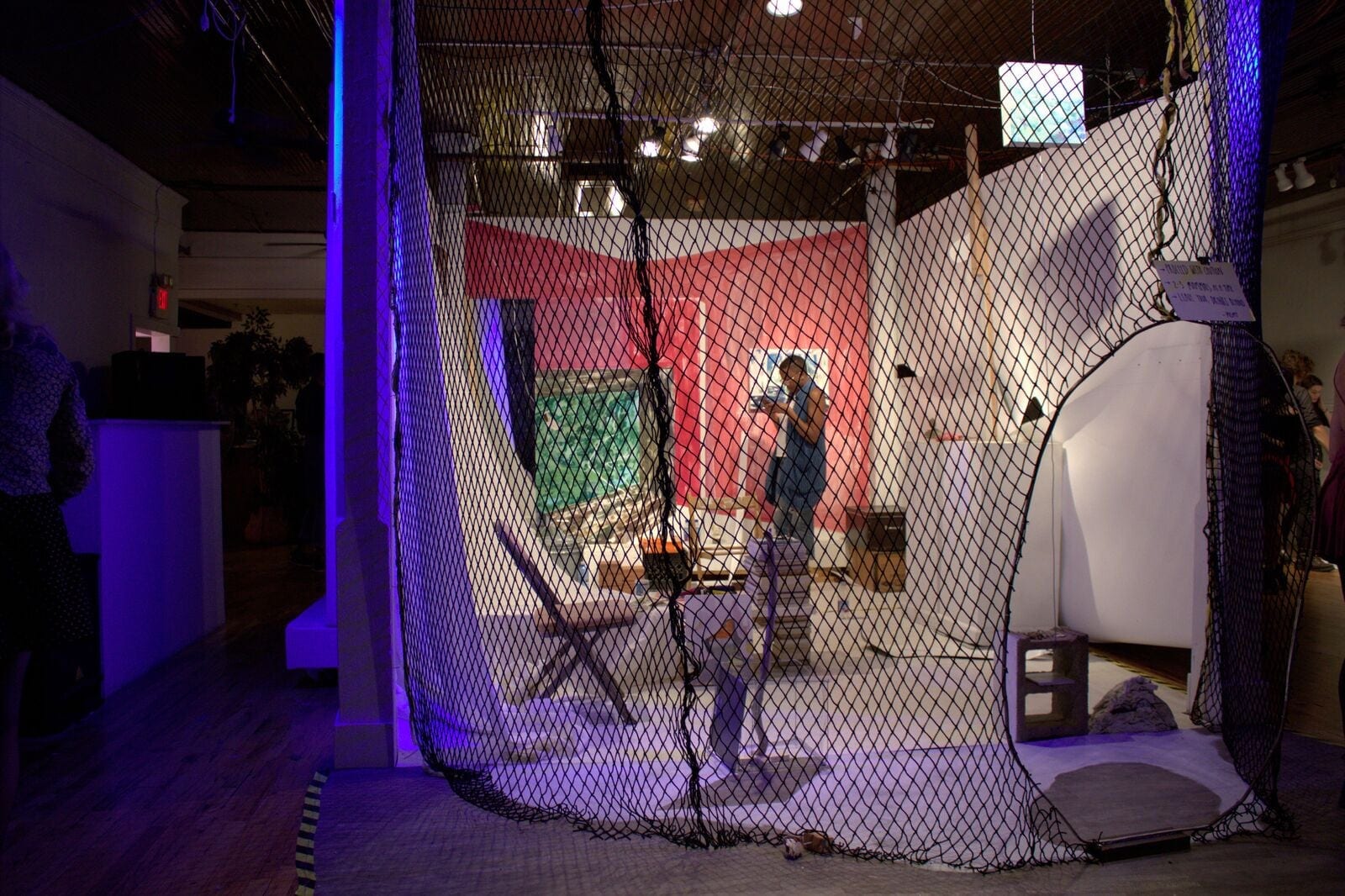 ArtsATL: At what point did you decide to break from making strictly two-dimensional work?

Wihro Kim: I always knew I wanted to paint growing up, and my parents supported it. Once I graduated, I was able to work more freely and try different things. I also retained feedback from school and keep that in mind as I’m painting and still growing. Having my own studio helped to free myself even more. Having a place that was my own helped to unlock a different kind of expression. The first time I treated two objects as one surface was in the work shown in the Walthall exhibition at MOCA GA. A lot of people didn’t make the connection at first [between the two pieces]. It was only after walking past it a second time that they saw those two were together.

When I first wanted to break out of the two-dimensional was after painting directly onto a mirror. It made me realize our whole perception was the surface and how we treat that. The mirror added an element of change. Building on the idea of that more, I began treating two separate objects as if they were one surface, playing with that sensory experience. 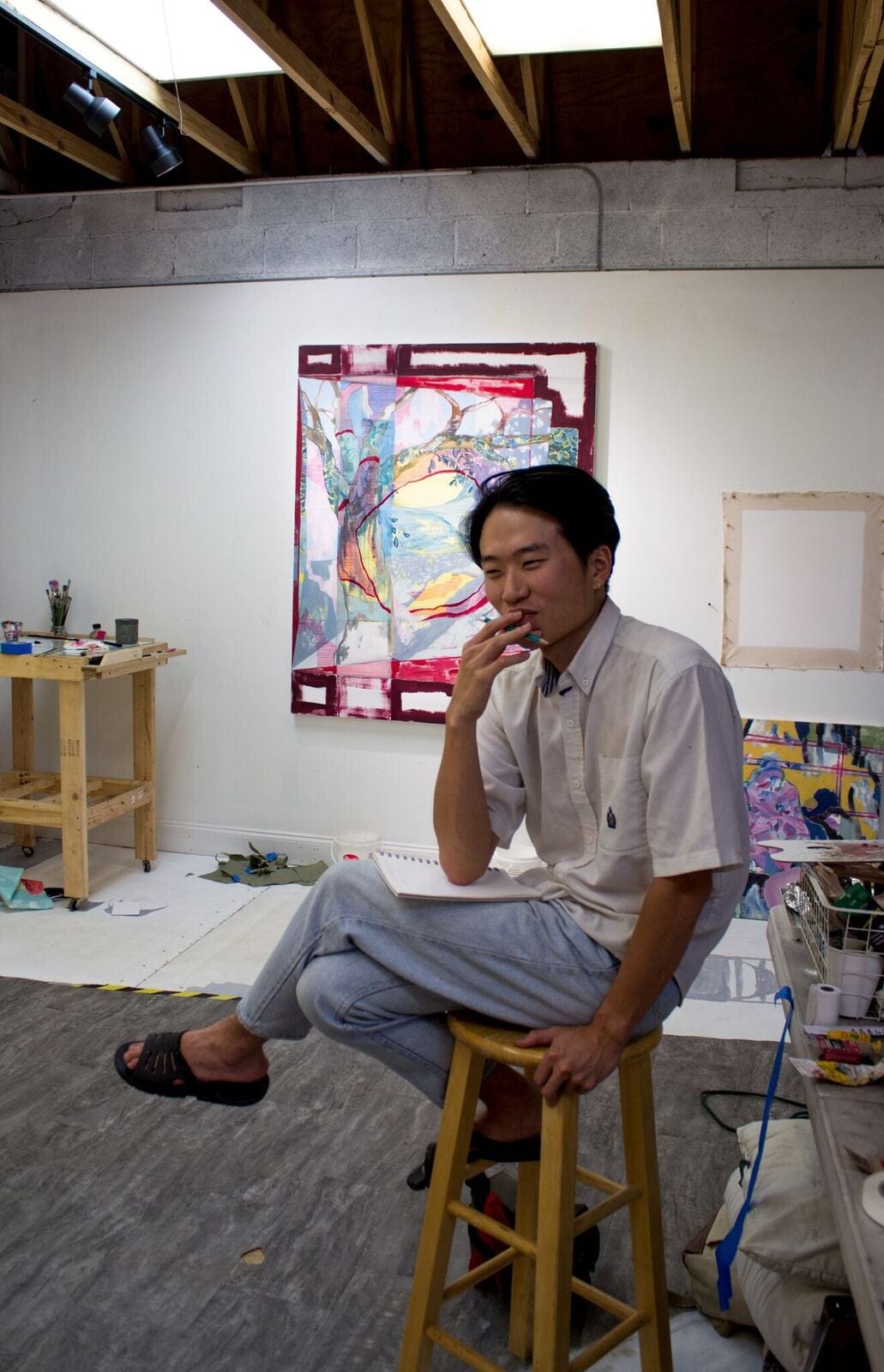 ArtsATL: What is your relationship to the viewer?

Wihro Kim: I noticed that people at the Mammal show were a lot more careful in the way they interacted with the work. Also they had to enter through the hole, so that set a precedent to the space when you enter. I guess it was more encompassing all around.

In terms of process, I’m always trying to step out of myself to look at the work with that criticality as a viewer might. I appreciate art that doesn’t cut anybody out of the conversation. A goal in my work is that it be accessible to a larger audience – that people of varied academic backgrounds can appreciate it. When I think about people I know or where I come from, I want to make sure that they’re included. So I keep that in mind too.

ArtsATL: What are your plans for your residency at the Vermont Studio Center?

Wihro Kim: I was always concerned with making the work archival. Still, I’ve always wanted to break into this kind of mixed media. At this residency I want to try to access the freedom in that method of working.

ArtsATL: Who are some artists whose work you often consider?

Wihro Kim: When I was in school I was most influenced by post-impressionists. I recently found the work of Sarah Sze, which resonated, putting power and light in a place with just objects and intention. I also really like Olafur Eliasson, more specifically Dream House (2007), where you stick your head inside and it extends all around in the mirrors. He plays with space but in a very real way. As a painter, Clyfford Still. I feel like the shapes that he makes are entrances to secrets. I also really like Edward Hopper for the way he frames spaces and the tension/anxiety of his images.