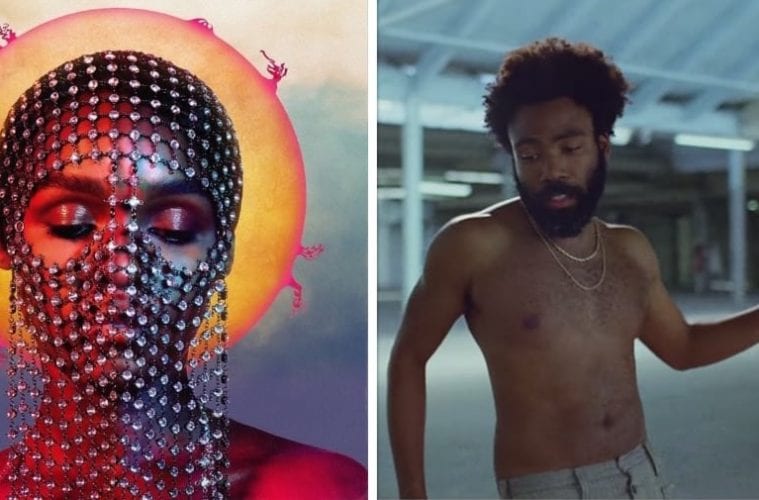 Janelle Monáe and Donald Glover, two artists powerfully shaping the cultural dialogue, are from, by and of Atlanta

If we could rank artists by their ability to start and shift conversations about America’s most divisive issues — sex, politics, guns and media culture, to name a few — near the top of that list would be a disproportionate number of artists with strong ties to Atlanta. This may sound like an outlandish claim to some, but it’s become especially hard to dispute given the last few weeks.

Perhaps no two artists have communicated and challenged the current state of America’s Dreams and Nightmares better than Janelle Monáe and Donald Glover. The last few weeks have seen these two artists, both juggling ascendant careers in acting and music, leverage their respective talents and fan bases to enjoy some of the most pivotal moments in their careers to date.

On April 27, Monáe released her third studio album, Dirty Computer, which debuted at #1 on Billboard’s R&B Chart, a first for the artist. Eight days later, Glover released the song and video for “This is America” under his musical moniker Childish Gambino after pulling double duty as host and featured musical guest on Saturday Night Live. Both artists employed savvy marketing plans that capitalized on the integration of their musical and visual personalities and their emergence as multi-platform talents.

To accompany Dirty Computer, Monáe released a 48-minute visual project of the same name, which she dubbed an Emotion Picture, that fleshed out the full narrative around storylines that were initially introduced and hinted at via lead up singles and videos, “Make Me Feel,” “Django Jane,” “Pynk” and “I Like That.” All of this was on the heels of a remarkable 2017 that saw Monáe’s emergence as a Hollywood presence following notable appearances in Moonlight and Hidden Figures, the latter shot primarily in Atlanta.

For Glover’s part, the arrival of “This is America” into the current cultural zeitgeist was the catalyst of a series of noteworthy moments taking place over a several-week span: the aforementioned SNL takeover, the season finale of the critically acclaimed Atlanta — the television series he stars in and produces — and his featured role in the anticipated summer blockbuster movie, Solo: A Star Wars Story, which opens across the nation on May 25. With more than 100 million views on YouTube, 65 million digital streams and dozens of critical essays in just over a week since its release, “This is America” also earned Glover his first #1 single on Billboard’s Hot 100 chart.

And of course, both Glover and Monáe will be hitting the road this summer, coming to a stage near you on their respective music tours and racking up the windfall that comes with their current A-list status. Janelle Monáe plays at The Tabernacle on August 4 and 5; Childish Gambino performs at Infinite Energy Center on September 6.

A deeper look at the two artists, however, reveals more interesting parallels. Both Glover and Monáe have been adept at creating — and sometimes hiding behind — monikers or alter egos that make it easier to express themselves in their respective spheres of orbit, Childish Gambino for Glover and Cindi Mayweather/Jane 57821 for Monáe. Both artists, still in their early thirties, have become adept at moving between the fields of music, acting and visual culture. And at present, both artists are creating work that is generating critical conversations about America; Monáe’s “Americans” from Dirty Computer defiantly centers her at the core of a future-forward American identity, while Glover’s “This Is America” sonically borrows elements of current popular trap music to lay the foundation for its visual complement, a chaotic and jarring cacophony that still leaves many divided on its multiple meanings.

Both have strong collaborative teams that support their respective creative visions — Monáe’s Wondaland Arts Society was formed here in the city and acts as a springboard for several other artists, while Glover’s Royalty collective includes consistent collaborators who have been key fixtures on his creative projects the last few years.

And significantly, both artists have strong ties to the Atlanta area — Glover the Stone Mountain native and Monáe the long-term Kansas City, KS, transplant who moved to Atlanta in the early 2000s from New York after studying musical theater at the American Musical and Dramatic Academy. She got her first career boost after connecting with Big Boi of OutKast and appeared on Got Purp? Vol. 2 by the Purple Ribbon All-Stars and Idlewild, considered the final OutKast studio album to date.

It’s been more than 20 years since the 1995 Source Awards when André 3000 declared, “The South Got Something to Say,” a statement which has been used far too often after the fact as a generalized rallying cry, watered down and commodified for clicks or social currency, without any deep subsequent investigation or acknowledgment about what’s been said by the generations of Southern artists — Atlanta artists — since that seminal moment. Straight from the A: Janelle Monáe appeared in a 2015 promotional video for the Atlanta Hawks.

As James Baldwin once said, “The story of the Negro in America is the story of America — or more precisely, it is the story of Americans.” Thus, it reasons that Atlanta, a contemporary city with a strong black identity, would produce, attract and nurture artists who would excel at describing and challenging beliefs about the American status quo. There must be something valuable about being in and of a community that allows for an exploration of a range of black identities and narratives — and the underlying humanity therein — in such close proximity that it facilitates a heightened level of creative communication and agency that resonates with the rest of the world. In short, Atlanta exports culture.

Thus, as we continue to witness the careers of Janelle Monáe and Donald Glover expand, let us remember the role that the city of Atlanta continues to play in the work of some of the most relevant artists in popular culture. To be clear, this isn’t a coronation of Glover and Monáe, but an emphatic acknowledgment that Atlanta, anchored by its hip-hop community, is an important nexus of compelling arts, culture and dialogue.