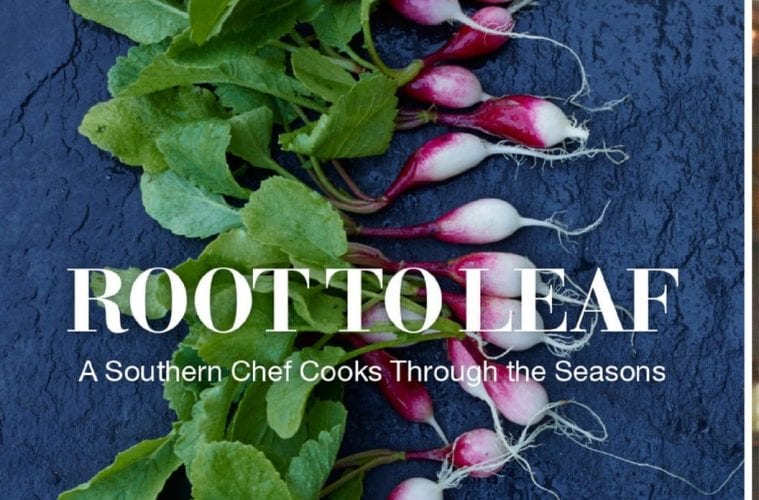 There’s a stillness and serenity about Steven Satterfield that contradicts any preconceived notions about how a professional chef might conduct himself in the heat of the kitchen.

“Whether Steven is in a good mood or a bad mood, his temperament stays the same,” observes Neal McCarthy, general manager and co-owner of Miller Union, where Satterfield has been executive chef since 2009.

The same can be said of the Savannah native’s new cookbook, Root to Leaf (HarperWave, 496 pp), which is as much a field guide to preparing locally sourced fruits and vegetables as it is an invitation to be more mindful when shopping for produce. With 200 recipes and 300 color photographs by John Kernick — who has shot cookbooks for Jean-Georges Vongerichten as well as features for Food & Wine and National Geographic Traveler — Root to Leaf is a visually rewarding feast that sensitizes readers to the risk of shopping for food with our eyes when we ought to use all five senses instead.

Given the state of affairs in the produce section of most grocery stores — where uniformity, perfection and the absence of blemishes and aroma are the norm — anyone not raised on or near a farm can be forgiven for mistaking the colorful bounty for wholesome, delicious, nutritious food. But looks can be deceiving.

Satterfield, who will speak at the Atlanta History Center on September 3 and the AJC Decatur Book Festival on September 5, says buyers should know that out-of-season offerings may have traveled thousands of miles to make it to market. The farther a food’s journey from farm to plate, the lower its nutritional value as enzymes start to diminish the moment fruits and vegetables are harvested.

Consumers should also beware of business practices designed to improve a grower’s bottom line, even if they come at the expense of taste. Picking foods before they’ve ripened — when they are firm and less prone to bruising — is one way to extend a product’s shelf life; as is the use of heavy waxes, sulfur dioxide gas and sulfites to preserve color.

“I don’t know the specific impact,” says Satterfield, “but I do know that vegetables picked and eaten at peak ripeness always win in flavor and texture.

“Americans have been conditioned to believe that more is better. It’s a first world problem to have everything you want, anytime you want it, and this type of thinking has done some serious damage to our food systems and collective health. Unlimited options clutter our minds and stifle our imaginations.”

The upside of being so out of touch with the earth’s rhythms and natural cycle of seasons, of course, is the convenience that comes with being able to prepare your favorite summer squash recipe… even if it’s the dead of winter and you live in Maine. A reality Satterfield, an active member of Atlanta’s progressive culinary community, acknowledges.

“I’ve learned that if you are able to show up with an open mind and some empty bags rather than a shopping list, you can respond to what is available.” From Root to Leaf. (Photo by John Kernick Photography)

But what if you don’t have the brainpower to get jiggy with what’s for dinner, and simply want to get in and out of the grocery store as fast as humanly possible? Who has time for farm stands and food co-ops at times like these? Which begs the question: does Steven Satterfield ever shop at mega-grocers?

A devilish smile plays across his lips as he deadpans, “Sure. I buy all my paper towels, lightbulbs and laundry detergent at Publix!”

A devotee of farmers markets and organic produce, Satterfield’s message is clear: either operate on auto-pilot, or learn to “respect the food” and incorporate changes in the way you purchase and prepare meals.

“I see it as a cook’s duty to honor the farmer’s hard work [from seeding, irrigation, pruning and harvesting, to bringing a product to market] by making the most of what might be considered scraps,” he says.

Thus, home cooks are encouraged to have their roasted beets and eat the beet greens too; indulge in a watermelon margarita, then pickle the rind (“which is quite delicious when cooked in a spiced syrup,” according to one recipe); and “add a hint of brightness and acid to shellfish, meats and vegetables” with a Meyer lemon sauce, then repurpose the fruit peel in a citrus marmalade.

Satterfield’s back-to-basics approach to cuisine was honed in his maternal grandmother’s kitchen. The family matriarch was a gifted cook, and the kind of woman who did not permit anyone to encroach on her domain. But she indulged her grandson’s curiosity and courage in the kitchen, and he recalls her kindness and patience as a teacher.

While pursuing an architecture degree at Georgia Tech (BS, 1992), Satterfield spent a year abroad and experienced an epiphany observing the Parisian lifestyle of shopping the streets of the marché for dinner, picking up bread, cheese, wine, fruits and vegetables at specialty shops.

After graduating, he taught himself to play the guitar, co-founded a band called Seely (with a fellow-Tech alum) in 1995 and launched a successful career as vocalist and guitarist. Four years later, he decided to supplement his income by working in a professional kitchen. Satterfield’s first stop was Floataway Café, where Anne Quatrano was at the vanguard of the Southeast’s movement toward cooking with locally grown seasonal and organic produce. Though the only man in a kitchen, “Steven fit right in,” remembers Quatrano, “but his focus, intensity, very good palate and great sense of humor” made him stand out.

Looking back, Satterfield recognizes how his approach to cooking and hosting guests has been informed by life experiences. “Architecture instilled discipline, being a musician has helped in the performance aspect of greeting guests,” he says.

And his grandmother’s example of patience explains his level-headedness when — to quote Quatrano’s description of a chef’s occupational hazards — “the shit hits the fan.”

“I don’t think anybody can excel in this field without understanding hospitality,” she says. “Great chefs have generous natures and want to feed and please people, and I think Steven is one of those people.”