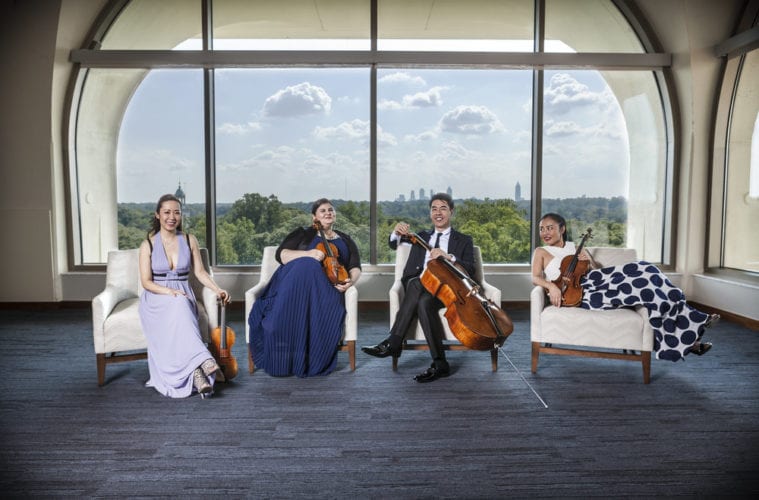 Each Wednesday, we’ll round up our top sonic picks for the week ahead — from performances by the Atlanta Symphony Orchestra to the bands of East Atlanta Village, these concerts have captured our critics’ attention as worth adding to your calendar.

Maria de Buenos Aires. Astor Piazzolla’s tango opera Maria de Buenos Aires returns to Atlanta for the second time since 2017. A sensual and seductive piece, the story follows a tango-obsessed prostitute born on a day “when God was drunk.” Paris on Ponce. 7:30 p.m. Through April 7. Toast & Jam: Two-year Anniversary Show. The independent recording studio recently had an electrical fire and lost a lot of equipment. A portion of proceeds will be donated to Toast & Jam for recovery. The lineup includes Stay Here, Antarcticats, King of Summer, Challenger Deep and Fox Wound. The Masquerade. 6 p.m.

Composer conversations with Michael Kurth and Jesse Breite. The artists discuss their creative process, deep faith and what it is like to present works to the public. Those in attendance will be treated to hearing the soon-to-be-released recording of “Miserere,” performed by the ASO and Chamber Chorus. North Avenue Presbyterian Church. 5:45 p.m.

Malevich, Ulthar, Misanthropic Aggression and Tómarúm. A night of angst, metal and grind. The Bakery. 8:30 p.m.