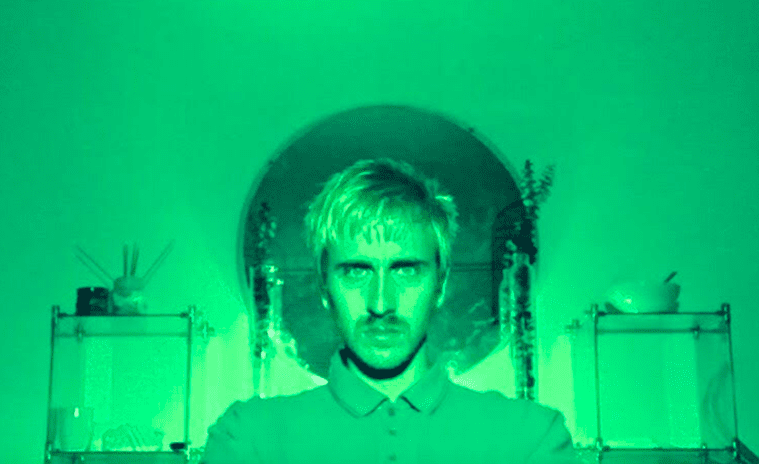 Atlanta musician and community organizer Chris Yonker is best known as cofounder and co-owner of DIY music and arts venue Mammal Gallery as well as for his current roles in local bands Karaoke and Omni. In what free time he’s had in the last couple of years, Yonker quietly worked on a solo musical endeavor called Greenscreen, which will perform with a live band for the first time at East Atlanta’s 529 this Friday, March 29. The group will share the stage with Lightning Orchestra, Konda and Safari Williams.

Yonker also frequently performed with now-defunct psychedelic rock outfit Hello Ocho. Although the band garnered a local cult-favorite status in the DIY music scene, it was put to rest in 2017. Then, in May 2018, a fatal fire left several galleries in South Downtown — including Mammal Gallery — to indefinitely close until they can show they are up to fire codes.

In the creative vacuum left by his defunct projects, Yonker found an exercise of emotional self-help in Greenscreen. Over two years, he gradually wrote and recorded a patchwork of songs and improvisations that utilize the talents of several local musicians. The music is sonically reminiscent of Hello Ocho’s jazzy and winding psychedelia, but emotionally, the content is more straightforward and grounded in themes of chaos and hope.

Clearly, Yonker is a busy man. But ARTS ATL managed to track him down to discuss his mindset and process in working on Greenscreen.

ARTS ATL: Between playing with both Omni and Karaoke and working to reopen Mammal Gallery, where do you find the time and energy to work on a project like Greenscreen?

Yonker: The reason I took on a new project like this when I have no business doing so is that I kind of have to write music to, you know, feel good?

Basically, Greenscreen is a personal solo project that I’ve been working on since right after Hello Ocho broke up. It was a really tough time in my life when the band I had played with for six or seven years had to be put to rest, and the original Mammal Gallery closed around the same time. It was like I had all my eggs in a few different baskets, but then the whole table flipped over on me.

I felt my world caving in, but I didn’t want to make music that was going to keep me in that dark place. So the songs aren’t necessarily about groovy and fun things, but they feel groovy and fun. I desperately needed to feel good, so I started writing music that felt good, and I played it with a bunch of different musicians from around Atlanta. ARTS ATL: So the Greenscreen project was something else to focus on but also a great excuse to spend time with friends?

Yonker: Yeah, pretty much. Everyone who was in Hello Ocho is still friends, and we still like working together — they’re all on it, plus anyone else I knew who I thought would sound good for a particular part. I wrote most of the music by myself, but then I would bring in other people who were more proficient than me on particular instruments to record those parts. A couple times per month, I would invite people to come record with me at Broad Street Visitors Center, and we tried not to overthink it too much. We did a lot of improvising, so the record kind of ended up as a compilation of happy accidents caught in those moments.

ARTS ATL: Did it ever feel chaotic or stressful working with so many different people on the same project?

Yonker: I never had more than a couple people improvising or recording at the same time, and I never wanted this band to feel like work. I didn’t want to overcomplicate it or put it on a pedestal it didn’t need to be on — that would have taken the fun out of it. I’ve been stretched so thin between playing with my other bands and trying to get the new Mammal Gallery up and running, and this project always felt like a way to let go of that stress.

This was also the first project my friend Ben Price (audio engineer, Studio Laroche Productions) worked on since he was hit by a car a few years ago. I wrote and recorded the album quickly, and we’ve been slowly mixing it as he’s been recovering. Part of the deal was that he would be patient with me on paying for it if I was patient with him on his ability to work on it. It’s been tough for him to get back to work, but he’s still using those magical ears of his.

ARTS ATL: You sang and played guitar for Hello Ocho, bass for Karaoke and drums for Omni. What instruments are you playing for Greenscreen?

Yonker: I played all kinds of stuff on the record — guitar, vocals, bass, synthesizer and a little trumpet. Most of the time I would try playing the instruments myself while I wrote the music, then I would bring in someone else to record. The live band is different, though: It’s me on guitar and vocals, Christian Ballew [Hello Ocho/Christ, Lord], Dallas Dawson [Konda/Little Tybee], Danny Bailey [Faun and a Pan Flute/Visitors] and Quinn Masonry [Wolfpack].

ARTS ATL: Do we have a release date for the album?

Yonker: I still don’t have a release date because I don’t know how I’m going to put it out yet. I might just release it myself because I think if I went with a label, I would feel obligated to tour with Greenscreen and put a lot of work behind the album. It’ll definitely be a while, but I might release a single soon just to put a little piece of it out there.

At the first show, we’ll be playing some songs from the record, and we’ve written some new [unrecorded] stuff as well. It’ll be interesting to see how well we can actually play all of it since we haven’t had much time to actually rehearse, but I think it’ll be fun either way.