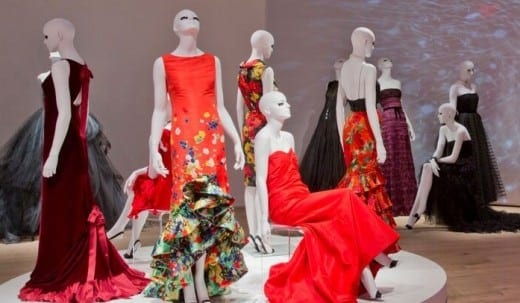 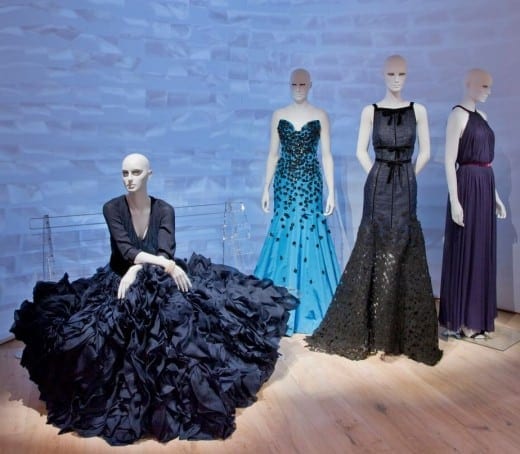 Savannah College of Art and Design has added another design resource to its growing inventory. SCAD FASH, a fashion museum located at its Midtown headquarters, will offer exhibitions, gallery talks, performances and special events.

With the opening of the museum, SCAD solidifies its commitment to the discipline at its Atlanta campus. SCAD FASH will be a “treasure for students, visiting scholars and anyone interested in fashion, photography and film,” says Christine Eisner Leuthold, a member of SCAD’s Atlanta Advisory Committee.

SCAD FASH opened this weekend with Oscar de la Renta, a retrospective of the beloved couturier’s work. Curated by Laurie Ann Farrell, executive director of museums and exhibitions for SCAD FASH, the show is a larger version of Oscar de la Renta: His Legendary World of Style, the designer’s first posthumous show, which was presented at SCAD’s museum in Savannah. Also included are pieces from de la Renta’s new creative director Peter Copping. 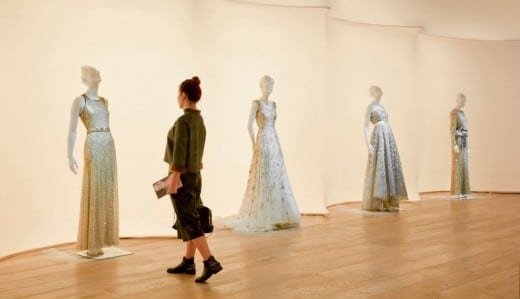 The museum is at the back of 1600 Peachtree, accessed from the top of the parking deck (follow the pink arrows) via an elevator or an open-air staircase that affords sweeping panoramas of Midtown and the West End.

The reception area’s paneled wall details and terrazzo flooring set an elegant tone for the 10,000-square-foot gallery, a clean white box with French oak flooring. For this occasion, Rafael Gomes, fashion exhibitions consultant and former archivist and exhibition coordinator at Vivienne Westwood, transformed the space into a serpentine pathway for a minimal yet dramatic presentation of the 84 gowns.

The museum also encompasses a “film salon,” storage space for the school’s permanent fashion collection and a resource room. The latter bespeaks the facility’s role as a teaching museum.

“Students can look at and hold actual garments that were made by professionals [instead of just looking at pictures] to gain firsthand knowledge of the intricacies of textiles, cut, volume, symmetry, asymmetry and design,” says Carmela Spinelli, SCAD’s fashion historian.

Such object-based study is invaluable under any circumstances when learning one’s craft. But getting to do so with the works of a maestro like de la Renta is a rare privilege.

“What Yves Saint Laurent and Dior were to Paris, Oscar de la Renta was to America,” states Freddie Leibe, the stylist who dressed 12 of the designer’s muses for a New York magazine photo shoot (below) eight months before de la Renta died in 2014. 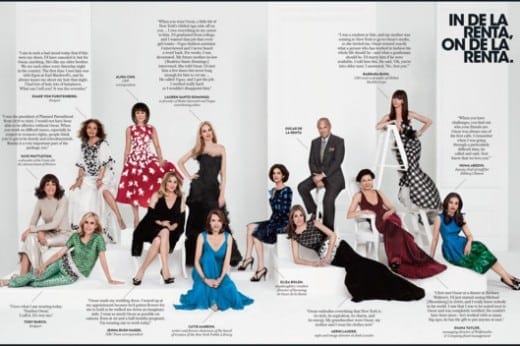 Born in the Dominican Republic, de la Renta was trained by Cristóbal Balenciaga (the Spanish couturier Christian Dior once called “the master of us all”) and Spaniard Antonio del Castillo, who designed for the fashion houses of Paquin, Piguet and Chanel.

Ruffles, embroidery and lace were important elements of de la Renta’s Latin-influenced design, but he also excelled at sleek silhouettes if that suited the client best. “He understood his clients, says Leibe. “He knew and loved them.” 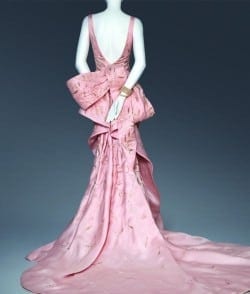 During his long career, he dressed first ladies from Jacqueline Kennedy to Michelle Obama as well as socialites, style icons and celebrities.

“Even for women of such high stature,” Spinelli says, “there was something about putting on an Oscar dress that made them float.”

Leibe observed that alchemy when he dressed Renée Fleming in an Oscar de la Renta ball gown for her command performance at the Diamond Jubilee of Elizabeth II in 2012.

“It was magical… a real Cinderella moment,” recalls the stylist. “The right dress can make a woman feel confident, glamorous, embraced.”

Says Spinelli, “What you have to think about when looking at these dresses is that they’re not just supposed to be in a museum… but on a moving, sexy body! The beauty of Oscar is that he understood clothes were supposed to move with the wearer.”

The designer expanded his legion of admirers when he worked with Patricia Field, stylist for the TV series Sex and the City in the 1990s. In one memorable episode, Carrie Bradshaw’s lover (played by Mikhail Baryshnikov) gives her a sleeveless, pink, pleated Oscar cocktail dress. 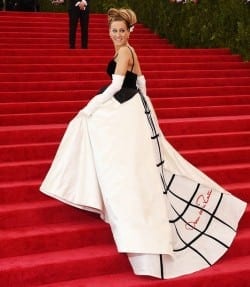 Sarah Jessica Parker on the Met Gala’s red carpet in 2014.

Though Carrie’s on-screen love affair fizzled, the actress who played her, Sarah Jessica Parker, remained a devoted fan. When he custom-designed her gown for the Metropolitan Museum of Art’s 2014 Costume Institute Gala, Parker asked him to embroider an oversized version of his signature logo in scarlet thread at the hem of her gown. Suppressing his modest instincts, the designer complied, and when Parker ascended the red-carpeted staircase that night, designer and muse made fashion history.

The celebration of feminine luxe reflects de la Renta’s character, according to Leibe. “Oscar was very distinguished, kind and cultured. He was a gentleman. Most designers today design for Instagram, red carpets and the press.

“But Oscar was above all that vulgarity. First and foremost, he designed for women.”

The exhibition, which includes the documentary film Ovation for Oscar, will run through December 31.