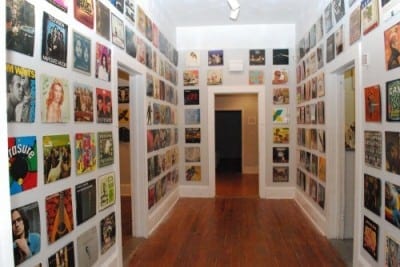 Review: “Run for Cover” at Spruill Gallery celebrates the art of album covers

Someone should make a list of all the talented artists who live, all too often under the radar, in our city. Here are a couple of names: Flournoy Holmes and Susan Archie. Crack designers and Grammy winners both, they get a well-deserved shout-out in “Run for Cover,” a really fun and aesthetically engaging exhibition of 432 new and vintage record album covers at Spruill Gallery. 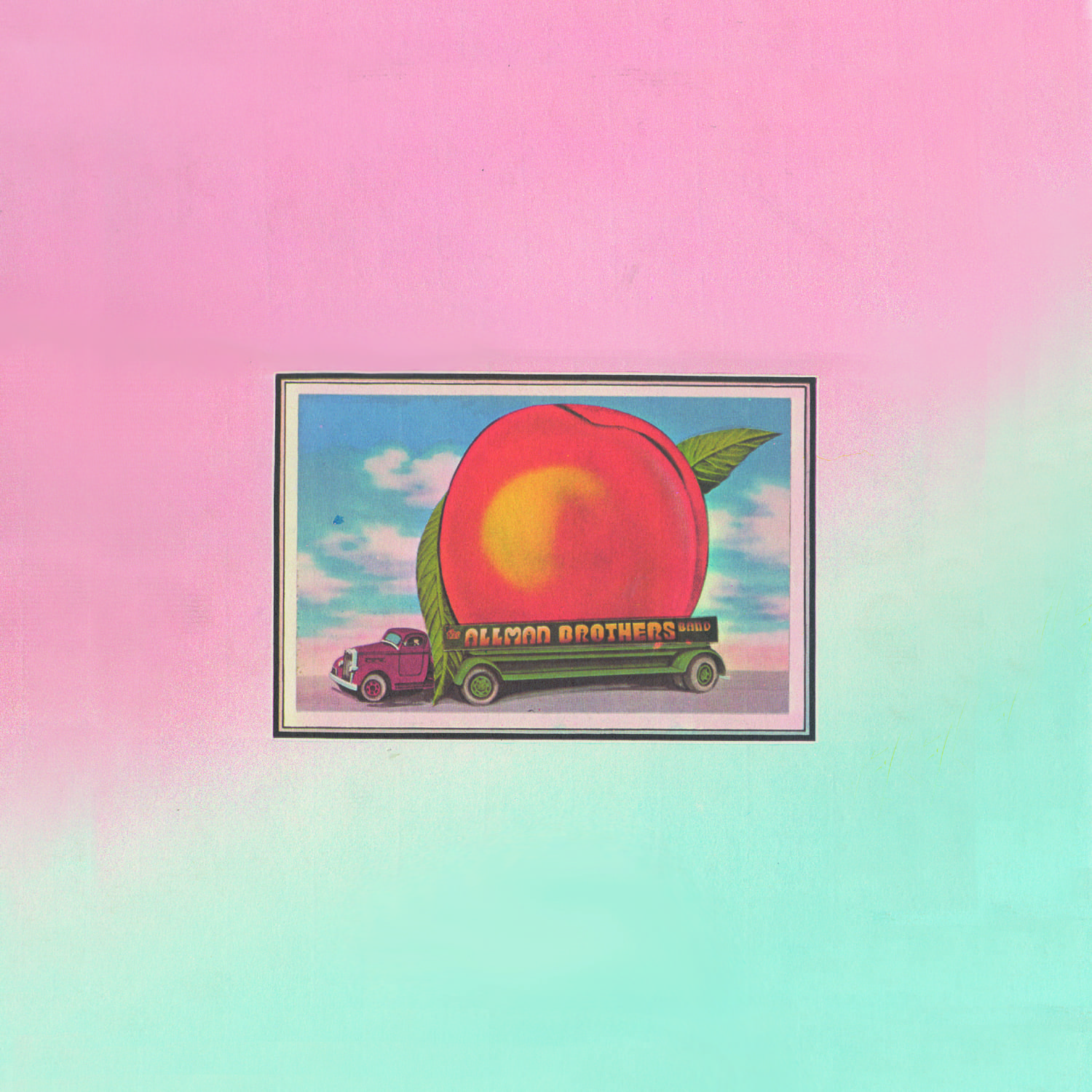 Spruill director Hope Cohn has given Holmes a corner to display the work he’s done for such groups as the Marshall Tucker Band, Charlie Daniels and Dr. John. His work swings from highly detailed drawings to clever triple-gatefold packaging and the kind of pith exemplified by his famous 1972 “Eat a Peach” cover for the Allman Brothers Band.

Susan Archie is represented by two boxed sets whose designs had the likes of “Spin” and “Billboard” swooning over their creativity and attention to detail. Each is totally site-specific, as it were. A boxed set of “Screamin’ and Hollerin’ the Blues: The Worlds of Charley Patton” riffs on the early cover designs of Columbia Records art director Alex Steinweis, who invented the genre and is featured just across the gallery. Also on view: a boxed set that represents her work for another Atlanta treasure, Dust-to-Digital, which specializes in preserving historic gospel, folk and blues. 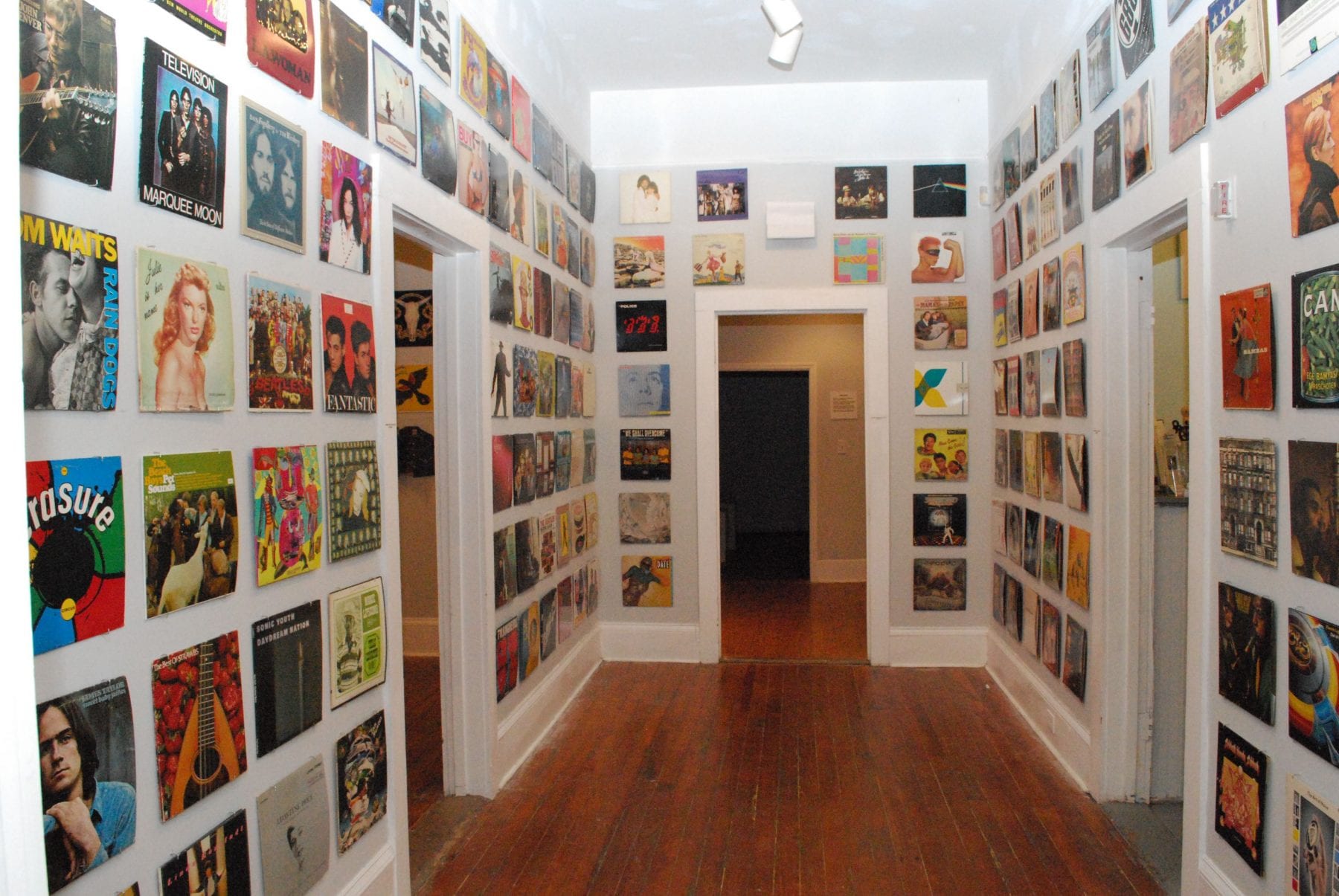 "Run for Cover" at Spruill Gallery

Album covers are, of course, tools for advertising and branding. The Rolling Stones play up their aura as provocateurs and Mick Jagger’s androgyny on the 1978 “Some Girls” cover, in which their faces are inserted into an advertisement for African-American women’s wigs. Blue-collar sex appeal is the subtext of Bruce Springsteen’s 1985 “Born in the U.S.A.” album, which features a photo of the Boss’s torso — shot by Annie Leibovitz, no less — in his T- shirt and jeans that highlights his cute butt.

You can find albums mirroring just about every art movement, from Abstract Expressionism to conceptual art. There are some inspired pairings of designer and group (R. Crumb for Cheap Thrills, Janis Joplin’s band) and some total non sequiturs (Salvador Dali for Jackie Gleason). And some surprises, like the recording artists who designed their own covers and were pretty damn good.

What you come away with, besides a great time, is an awe of the infinite variations artists have wrought within the bounds of a 12½-by-12½-inch square.