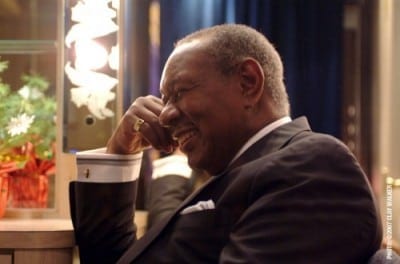 It’s been confirmed that the 2010 Atlanta Jazz Festival will return to Piedmont Park on May 29 and 30.

The event hasn’t been held on the 10th Street stage since its 30th anniversary in 2007. Woodruff Park hosted the festival in 2008, and musicians performed in Grant Park during the 2009 iteration. This year, the two-day concert will mirror the scheduling cutback seen in recent years — the festival changed from three to two days last year — but will feature neither the Future of Jazz nor the Youth Jazz Band competitions last held in 2008, says Nnena Nchege of the Atlanta Office of Cultural Affairs.

A lineup has yet to be released, but the festival’s Web site — www.atlantafestivals.com — will be operational next week, and an official announcement with further information concerning the festival is expected around the middle of February.

The absence of the Future of Jazz Competition might signal to some readers that Atlanta-based musicians will have no role in Piedmont Park. I remember organizers of the 2008 festival featured local players like alto saxophonist Mace Hibbard, singer Kemba Cofield and pianist Bradford prominently simply because of the competition. Nchege assured me, however, that artists who call Atlanta home will have some presence at this year’s event.

Could this mean that Atlanta-dwellers like pianist-vocalist Freddy Cole or trumpeter Russell Gunn are being considered for main-stage duty? (Both performed at the 2009 festival.) “We do our best to include Atlanta-based artists in the festival activities,” Nchege told me in a phone conversation. “Because we had so much success with Grant Park and Woodruff Park in programming Atlanta-based artists, I’m sure that’s going to be a trend on the main stage.”

Last year, the city cut its annual funding of the festival, citing “recent economic conditions and budget reductions.” While city money is still not an option this year, Nchege said organizers are beefing up sponsorships and are ready to put on an event reminiscent of previous Piedmont Park festivals. “We are ecstatic that we get to be back in Piedmont Park,” she said. “We are working very hard to roll out a festival that is of the same quality that we’ve always done. We try to do that every year, but going back into Piedmont Park, because it’s always been such a big home for us, we’re trying to put together a lineup that will equal that.”