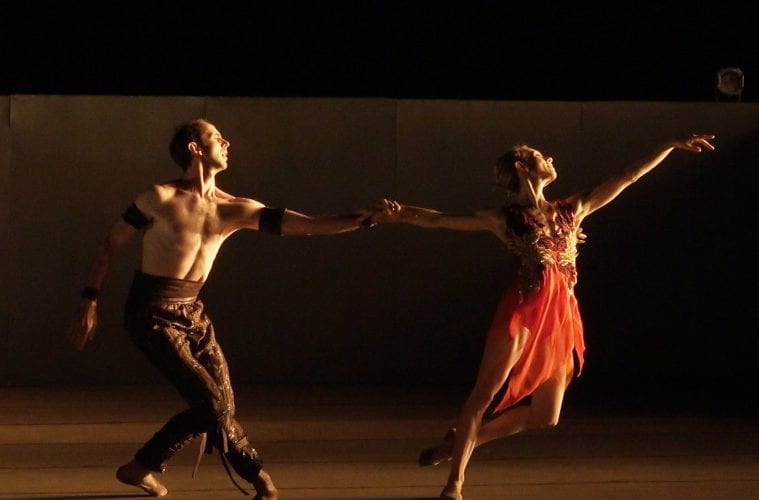 This past weekend, Terminus Modern Ballet Theatre captivated audiences once again with a thought-provoking evening of contemporary ballet. The weather for this outdoor show, presented under the stars at Deer Hollow in Serenbe, was perfect, although this vanguard dance group, now in its second season, have performed in rain, extreme wind and cold. The program, fall·en, will be repeated Friday, Saturday and Sunday in Serenbe.

Designed as a two-part mixed bill, the separate and tonally different works of fall·en were choreographed by Heath Gill and loosely linked by themes of ambition and isolation. Though not exactly story ballets, these two shorter dances crafted fully realized worlds in the way a good short story can, even though they merely contained snippets of a plot and favored archetypes over characters. Most of the preshow buzz, however, was about Christine (Winkler) Welker’s return to the stage after retiring from Atlanta Ballet four years ago.

The minimal stage set for both dances included a short wall upstage and a long ramp stage left, with a striking wall of lights (designed by Ben Rawson) looming tall just beyond the ramp. “Part 1: Horizons” opened to a dramatic and gorgeous flood of light that illuminated the stage and surrounding trees. John Welker lay supine on the back wall, looking up at the sky as the voice-over of Atlanta artist Joseph Guay spoke of the horizon line, a place of “limitless unknown,” both “beautiful and terrifying.” It calls us, Guay intoned, inspiring our hopes and desires.

The other dancers entered in pairs, with short overtures of partnering, while Welker fixed himself at different points in the space, dreaming. Rachel Van Buskirk and Alex Gonzaga were bright and playful while Laura Morton and Christian Clark simmered. Gill and Tara Lee moved in more abstract, architectural phrases. Then, the group performed a short section of partnering in unison that was more a synchronicity of mature principal dancers, where everyone made the same shapes to the same notes, yet still exuded something personal and particular. Tamara Cobus’s flattering costumes had a sort of Spartacus feel that filled out the narrative shell of this neoclassical dance.

Finally, the moment everyone had been waiting for came as Christine Welker appeared at the top of the ramp, a long red cape flowing after her as she descended to kneel next to her husband, John Welker. For the next 10 minutes, she moved with him in an affectionate pas de deux, sometimes with a motion as simple as tracing her finger on his shoulder blade. Their duet was romantic in the sense that there were no hesitations between them. Each lift and turn, the slow dips and embraces, were smooth and confident, their eye contact and the mood it created, unbroken. I had never seen Christine Welker in her prime at Atlanta Ballet. To me, her presence seemed perfectly in tune with Gill’s choreography, which required both a classical uprightness for more traditional lifts and a grounded fluidity for carving into the negative space of another body.

It is worth mentioning that the partnering throughout this dance eschewed some of the more vulgar norms of contemporary ballet today. Absent were the unpleasant manhandling and relentless manipulating of the ballerina’s body for virtuosic effect (much written about in the New York Times, notably by Claudia La Rocco and more recently by Siobhan Burke and Alastair Macaulay).

The Terminus dancers presented partnering that felt co-created and consensual, even with its heteronormative pairing. Sure, the ballerina is spun and lifted, but she is not a rag doll; the women initiate movement just as often, and without going to the lengths of lifting men, the women dance as men’s respected equals. This kind of partnering requires not only knowledge and skill, but also a lot of trust. When Christine Welker eventually slipped out of an embrace and vanished at the top of the ramp, we were left to wonder what lengths John Welker might go to in order to bring her extraordinary presence back. Indeed, he did eventually don the wings of Icarus — as alluded to in the program notes and snippets of voice-over throughout — and in an act that seemed to mark a motto for this company, he set off on his mission to touch the sun. 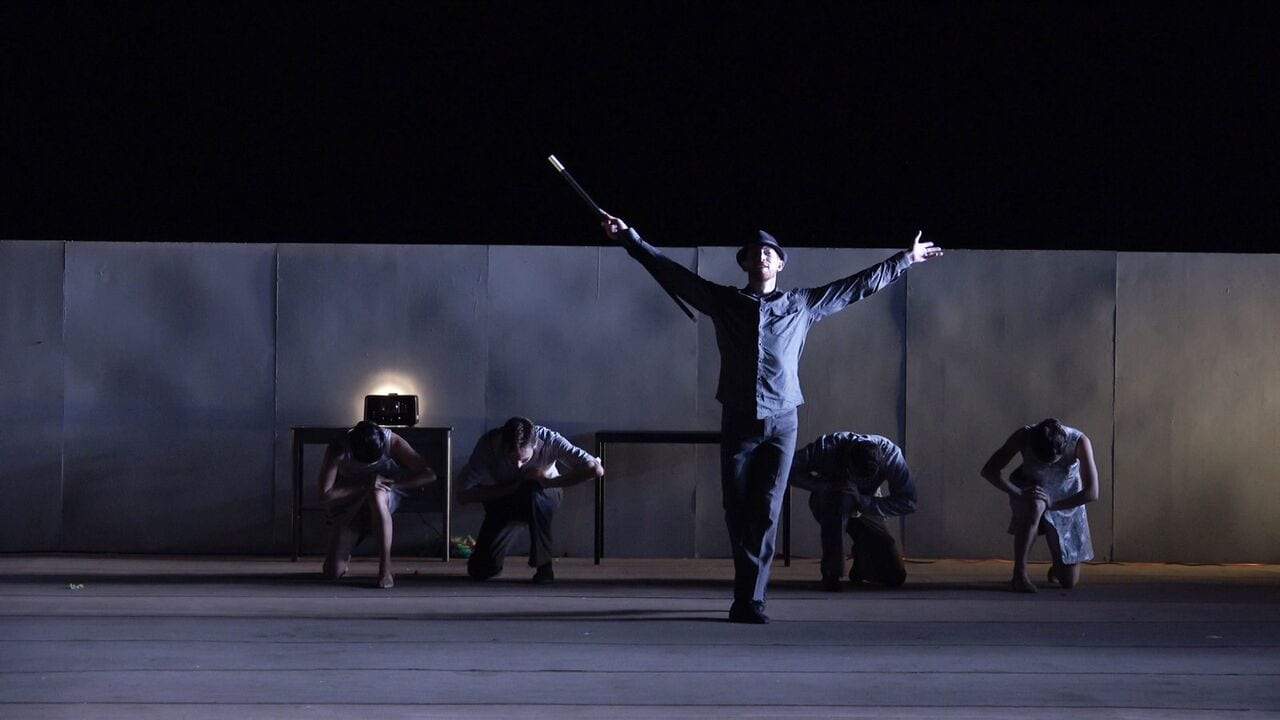 Heath Gill choreographed both programs and also did a graceful old soft shoe with a dance cane.

After an intermission, “Part 2: In the Fallout” took a darkly comic turn. Set to popular music from the 1940s and 1950s, an ensemble of four dancers — Van Buskirk, Morton, Gonzaga and Clark — played campy hosts to Gill’s daydreams and nightmares as a lone man locked inside a room. The emergency broadcast snippets from a crackly radio and voice-over suggested that he might just be the last man on Earth.

In one deft sequence, Gill, bored, tapped his fingers on a tabletop. The other dancers were roused from the floor and moved through a series of poses in time with him. The drumming slyly morphed to the sound of a battle drumbeat, setting a more ominous tone, which pushed the dancers to move faster and more aggressively. The bit was broken up when Clark slipped out of the trance and physically stopped Gill’s hand from continuing, bringing laughter from much of the audience.

With obvious nods to Paul Taylor’s Company B and The Twilight Zone, among other references, this dance showed that Gill is clearly a student of pop culture history. His ability to recombine and remix these influences, all on a theme of loneliness, made this vintage soft-shoe romp decidedly postmodern.

In continuing the use of voice-over (just as Tara Lee did last season in her choreography for Terminus) as they discover their own style of dance theater, Terminus shows that its talents as a company lay in its entertaining style of storytelling and its accessibility. The dancing is never anything less than technically pristine, but this is something that now feels expected.

What continues to surprise me is Terminus’ ability to be both literal and subtle with its productions. This unique combination leaves no audience member behind or questioning, ingratiating the art form of dance to multiple generations; and yet the work of Terminus remains fine performance art, containing multiple layers of meaning and commentary that feel fresh, even when familiar, and free of ballet cliché.