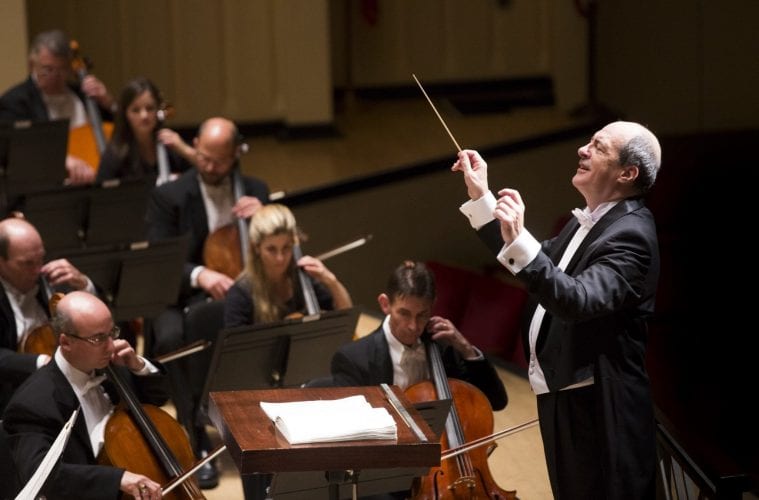 On Thursday night at Symphony Hall, the Atlanta Symphony Orchestra and Chorus, under the baton of music director Robert Spano, performed in concert a pair of sea-themed works by British composers Edward Elgar and Ralph Vaughan Williams, featuring mezzo-soprano Jamie Barton, soprano Tamara Wilson, and baritone Brian Mulligan as guest vocal soloists. The program will be repeated on Saturday evening at Symphony Hall.

It has been 60 years since the ASO performed Edward Elgar’s Sea Pictures for solo voice and orchestra. The last time was in January of 1956 under then music director Henry Sopkin, with alto Evelyn McGarrity as soloist. As baffling as it is that contralto Florence Kopleff never sang it with the ASO under Robert Shaw in the intervening years, Thursday’s performance by Barton with Spano at the helm was only the second time the five-song cycle has been programmed on an ASO subscription concert. Notably, the 1899 premiere of Sea Pictures was sung by the legendary English contralto Clara Butt, with Elgar himself conducting.

Barton — a Rome native and Shorter College graduate — is billed as a mezzo-soprano. There are alternate pitches offered throughout the Sea Pictures for mezzos who do not have the bottom-rung contralto notes which descend as far as the G below middle C, as in the opening “Sea Slumber-Song.” Conversely, there are only a couple of instances where alternate notes are provided for contraltos who don’t have the higher mezzo-soprano notes, most notably the penultimate pitch in the vocal part, a high A at the climax of the final song, “The Swimmer.” 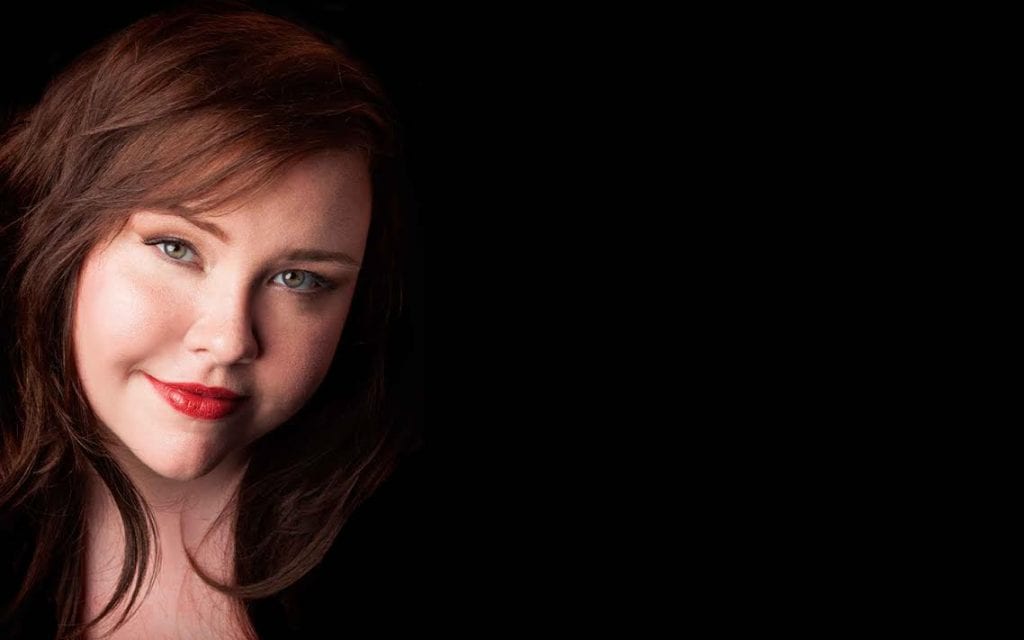 Barton is having a major impact in the world of classical vocalists.

Most of the music lies comfortably within both ranges, but the tessitura — the range within which most notes of a vocal part fall — is definitely contralto. One of the things that was impressive about Barton’s performance was not simply a matter of executing low pitches but that she had the true vocal color of a contralto down pat, that deep resonance which has considerable warm power on the low end. Barton could downright own the contralto repertoire if she wants to do so. (Critical kudos for her BBC Prom performance of Brahms’ “Alto Rhapsody” last September are further testimony to this observation.)

Sea Pictures itself, with texts by five different authors, is musically awash with Victorian sentiment. Written between, and overshadowed by, Elgar’s highly successful Enigma Variations and the initially disastrous The Dream of Gerontius, Sea Pictures nevertheless has stood the test of time on its own, heard perhaps as much in a distinct version for voice and piano (a version Elgar himself had performed on occasion as pianist) as with orchestra. Even so, the orchestral version is the one which more colorfully portrays the sea itself, both the mysterious rumblings of the deep, its occasional surges and even its more placid, if ruminating, aspects.

Much more signature to the ASO and Spano’s tenure as its music director is Ralph Vaughan Williams’ A Sea Symphony (aka Symphony No. 1) for a chorus, orchestra and a pair of vocal soloists, with texts drawn from the poetry of Walt Whitman. Despite featuring an inextricably essential choral part, like Elgar’s Sea Pictures it’s a work which, astonishingly, never found a performance under Robert Shaw, even though Shaw was not shy about the music of Vaughan Williams — the composer’s “Dona Nobis Pacem,” also incorporating Whitman’s poetry, being a notable example.

Instead, it was Spano who introduced A Sea Symphony to the ASO audience in November of 2001, in the beginnings of his tenure as the ASO’s music director. He subsequently recorded it with the orchestra and chorus, with soprano Christine Goerke and baritone Brett Polegato as soloists, for a 2002 Telarc CD that went on to win three Grammy Awards — including Best Classical Album. That initial 2001 subscription performance was, however, marred by controversy due to the commissioned video art of a somewhat renegade character — to use the kindest of terms. Needless to say, when the ASO performed A Sea Symphony again in 2004 and took it to Carnegie Hall, the video was absent.

Thursday’s performance was, thankfully, likewise absent the video. Instead, the sung lyrics were projected as supertitles, as has become the ASO’s current common practice versus printing extensive texts in the program booklet. We got to focus on what was a quite winning performance by the ASO chorus, soloists Wilson and Mulligan, and the orchestra, all brought together in a brilliant, exuberant musical depiction of the high seas, the captains, the sailors and their ships, as metaphor for the adventurous journey of the human soul.