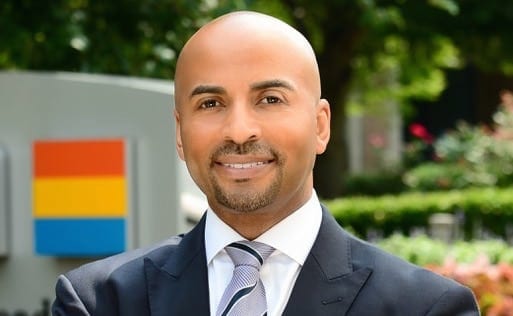 An art program for the entire community: A conversation with MARTA’s Keith Parker

Since becoming general manager and CEO of MARTA four years ago, Keith Parker has earned praise for practicing what he preaches by taking the train to and from work most days and using mass transit to commute between business meetings whenever possible. Even when he’s off the clock, he is on the job.

“I travel a lot,” says Parker, when reached by phone at his office in Buckhead, “and almost exclusively use mass transit when visiting places like Minneapolis, Denver or Charlotte. No matter where I am, I pay very close attention to how the bus shelters and rail platforms look and how the public art is viewed.”

Before his tenure with MARTA, Parker ran large-scale transit programs in Charlotte and San Antonio, where anecdotal evidence from commuters and public transportation management convinced him that integrating art into transit stations could help activate entire networks by bolstering civic pride. Added benefits of the presence of such works include an increase in the sense of ownership and community among riders, cleaner spaces, and a marked decrease in crimes like vandalism, aggression, and petty theft.

Still, having to maintain a nearly 40-year-old infrastructure and equipment while staying on a $886 million budget is no small task. Parker anticipated pushback when he proposed investing one percent of MARTA’s capital budget — an estimated $2 million to $5 million, based on how much is spent in a given year — in a public art program. To his utter surprise, however, the board adopted his 2017 fiscal year budget unanimously. “Keith’s agenda from the start was to help rebrand MARTA, create a dependable ride for commuters, and add public art to enhance the customer’s experience,” says Parker’s Chief of Staff, Rukiya Thomas. Visual and performing arts can be critical components in building community cohesion among the demographic known as “choice riders”: people who opt to travel by streetcar, bus or rail as a lifestyle choice, rather than out of necessity.

Reasons for giving MARTA a whirl among first-time customers who have alternative means of transportation range from wanting to shrink their environmental footprint to a flat-out rejection of the isolation and frustration that comes with a dependency on Atlanta’s car culture.

Like her boss, Thomas believes that MARTA should be the obvious choice for all commuters. But she’s also a pragmatist who knows it can take some convincing to draw people out of the cocoons of their cars and into a shared ridership experience. She is optimistic that eye-catching installations can attract art-lovers and make converts of those who may regard fine art as both inaccessible and inscrutable.

“I hope public art will invite people, grab their attention and drawn them into stations,” says Thomas. “I also hope it will convey a new message that might not have been delivered in the past . . . that MARTA cares about our customer and that we want to invest not only in the ride but in an experience you may not have anticipated while you’re in our stations.” Seventeen years ago, APTA established industry guidelines for its Art-In-Transit program — which was designed to incorporate art elements into renovation and construction projects for selected stations and public transportation facilities. Under Parker’s direction, Atlanta is committed to making a contribution to the initiative.

After forming an art commission to establish policy and seek expert advice on how to integrate new art with MARTA’s existing collection, a nationwide job search was launched to recruit a public art manager.

Parker says the ideal candidate should demonstrate a passion for art, mass transit and community involvement, and be a team player. “We don’t want an arts program that reflects what just a handful of managers at MARTA wants, but a program the entire community can rally behind.”

Prime examples of the scope and scale of what Parker has in mind can be seen in Fahamu Pecou’s murals “Rise Above” at the King Memorial station, and “I Am… We Are,” whose unveiling will take place at the Oakland City station on November 12. (Not to be confused with the Art-in-Transit program, the Pecou commissions resulted from a collaboration between MARTA and En Route — WonderRoot’s first-ever nationally funded public art project.)

The process of finding someone with leadership experience who can manage a significant budget has yielded program managers with backgrounds in mass transit, visual arts, performing arts, fundraising, and community engagement. “It’s been an education for us,” says Thomas. “We’ve learned that a lot of arts professionals have to wear many different hats to stay in their chosen field and remain solvent . . . all of which could inform our program.”

Though the search committee is honing in on their final pick, they’ve missed the end of October deadline they set for themselves at the outset. But that’s a very small price to pay, says Dorian McDuffie, Arts Program Manager for the Mayor’s Office of Cultural Affairs, considering the benefits of finding the best fit for the task.

“Art is a spiritual expression that comes from the soul,” says the New Jersey native. “When that level of creativity is present, it can alter an environment for the better. I know how I feel when I enter a subway station in New York City and unexpectedly come across someone playing the harp, or singing the blues. The energy created in a space where visual and performing arts exists is completely different from a space that lacks either of those elements. Being surrounded by very good, very deliberate public art puts you in a different mindset.”

Looking back, Parker could not agree more.

“While I was in Charlotte,” he says, “I was having a tough day and left work late. One of the first things I saw after jumping on a southbound train from Downtown were these beautiful [mass-transit] shelters that lit up the night sky in beautiful fluorescent colors. . . . and it just sort of sent the message of, ‘OK, tough day, but tomorrow’s going to be better!’ That’s what public art can do for you.”