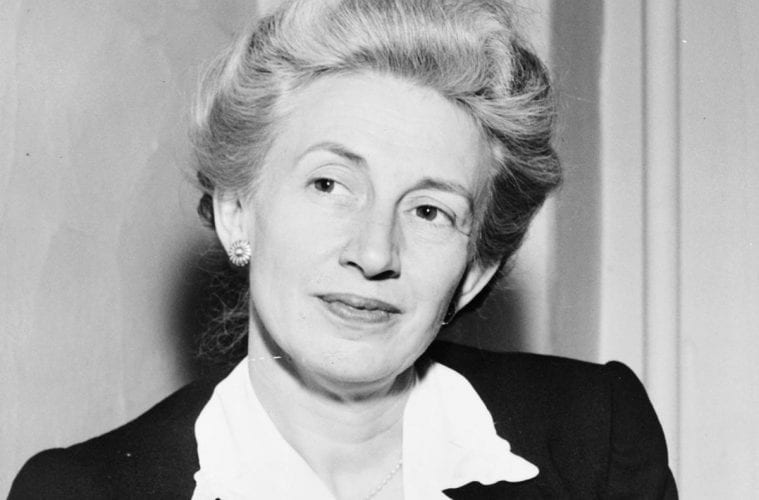 Candice DyerOctober 20, 2016
AuthorsBooksReviews
If you enjoy this story, or the other stories you read on ArtsATL, we encourage you to donate to our annual fund. By investing in ArtsATL, you are investing in the arts in Atlanta.
__

Lillian Eugenia Smith grew up on the Florida-Georgia line, near the Okefenokee Swamp around the turn of the 20th century. When she was a child, a little white girl named Julie was discovered lodging in the African-American community. Because race-mixing was verboten, the girl was forcibly removed — amid tears — and relocated to Smith’s rambling house, where the two girls shared a room and became fast friends. Their playtime was not to last, however. It was soon discovered that Julie was biracial, so despite her fair skin she was once again uprooted and repatriated to the Black community. “She is a colored girl,” Smith’s mother explained, “She has to live in colored town.” To which Smith protested, “She is the same little girl she was yesterday.”

Thus was forged one of the century’s great social consciences. “I only felt a profound reluctance ever again to accept something simply because it was told me by my elders,” Smith writes. The common sense, fair play, and innumerable gratifications of racial reconciliation would become Smith’s primary theme in a lifetime of writing, deftly culled for A Lillian Smith Reader, edited by Margaret Rose Gladney and Lisa Hodgens and just released by the University of Georgia Press on the 50th anniversary of the writer’s death. It contains essays, columns, plays, and excerpts from her books. 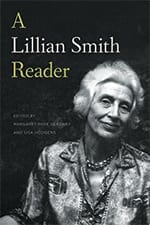 Smith is best known for her 1944 incendiary novel Strange Fruit, which was banned in Boston and Detroit shortly after its release and seized by the U.S. Postal Service. The controversy only fueled its acclaim, Strange Fruit became the no. 1 bestseller that year. It relates a love story between a light-skinned African American girl and a white doctor’s son in Georgia, and through gimlet-eyed prose, it illuminates the cultural mores of that time and place. Alice Walker has said, “The South can hardly be said to recognize itself without this book.” It established Smith as a clarion voice of social justice.

To some critics, the book seems dated now. However, while it is a social novel penned by a firebrand polemicist, its lyrical craftsmanship cannot be denied; Smith could turn a phrase, conjure an atmosphere: “Sharp words rattling like palmettos. . . . Across the town came the singing. A white singing to Jesus. An August singing of lost souls. A God-moaning. August is the time folks give up their sins.”

Smith, born in 1897, remains remarkable for railing against the evils of lynchings and segregation before the modern civil rights era, but she devoted equal time to exploring how “the white race” was damaged by its sins: “I began to see myself and others like me as crippled people. I began to see that in trying to shut the Negro race away from us, we have shut ourselves away from the good, the creative, the human in life. . . . It would be difficult to decide which character is maimed the more — the white or the Negro — after living a life in the Southern framework of segregation.” In fact, this phenomenon is what gave her the title Strange Fruit — it does not refer to lynchings, though she was moved by Billie Holiday’s rendition of the song of that title. Instead, she alludes to the harm wrought on every psyche by segregation. “This religious feeling — the complexity and strength of what are barely suggested here – restrained and encouraged alternately by economic pressures and historical incidents, has borne strange fruit,” she writes. “Strange Fruit seemed somehow the right title of this book — not because it symbolized a lynching but because it symbolized a people. We the people, white and colored, are the strange fruit which our culture has produced.”

This collection of her extensive writings, handily, comes with a lengthy chronology of her significant life events as a preface. Smith lived richly and fully, seemingly imbuing every interaction with meaning; little escaped her observant eye. She traveled widely, spending time in China, and by the time her famous novel was published, she had relocated to Screamer Mountain in Clayton, Georgia, where she operated a progressive summer camp for girls that emphasized social responsibility. “But I learned more from the campers themselves because I tried not to put barriers between me and them and we talked together about everything: our bodies, sex, death, life, God, our parents, hate, love fear, anxiety, guilt, and beauty.”

Smith published the first journal — Pseudopodia — to include reviews of books by African-American authors, and she made her mountain aerie into a utopian salon of sorts, holding interracial retreats and dinner parties, always with an eye to reforming the South. (It is worth noting that she did all of this in rural Rabun County, the setting for Deliverance.) Always in demand as a lecturer, she was in the car with Martin Luther King Jr. when he was arrested in Atlanta.

In 1949, she published Killers of the Dream a searing social criticism that rings topical even today, in our era of “Black Lives Matter.” Her supple, free-range mind pursued other subjects as well. In the 1950s, she became interested in the anxiety-inducing effect of the body image. She visited several rehabilitation centers and interviewed patients who were blind, deaf, paralyzed or otherwise handicapped. Reputedly bisexual, Smith’s sensuality animates her work. “It’s something so pitiable to me about the hunger of many Western people, especially Anglo-Saxon people, who are restricted by Puritanism from really understanding the hunger and need of the human body. This is another form of segregation, which has always seemed to me even more important than racial segregation: we have segregated the body into evil and good parts, into dark and light, and there are some things about the body that we think of as being sinful and wrong when nothing could possibly be sinful and wrong about the body.”

Smith died of lung cancer in 1966. Today, her Clayton domicile still functions as a retreat for artists, and her estate is managed by Piedmont College, where you can view videos of her strolling the grounds, a magisterial figure in capri pants. She is buried there, at the foot of a fieldstone chimney.

“So?” she mused. “I think all of life is learning. If you want to close up, you can close up; but if you open up, you will be bound to learn, to become aware, to reach out for others and toward others. And then, of course, having traveled across the earth, having swung high into the air, I had to come home and go down deep into my own heart and mind and memories and find out what is there: and this is sometimes hard learning but beautiful learning, too. And then there is always what you learn when you build bridges to other people: to one, then to one more, and on and on.”