Review: “The Help,” a feel-good chick flick set in the civil-rights era South

Valerie Boyd is the author of  “Wrapped in Rainbows: The Life of Zora Neale Hurston” and the forthcoming “Spirits in the Dark: The Untold Story of Black Women in Hollywood.” She teaches journalism at the University of Georgia.

In early 2009, about a month into the Obama administration, the nation’s first African-American attorney general called the United States “a nation of cowards” on matters of race.

“This nation has still not come to grips with its racial past nor has it been willing to contemplate in a truly meaningful way the diverse future it is fated to have,” U.S. Attorney General Eric Holder said. “To our detriment, this is typical of the way in which this nation deals with issues of race.”

The Help — the Oscar-nominated film adaptation of the best-selling novel by Atlanta author Kathryn Stockett — is a feel-good movie for a cowardly nation. 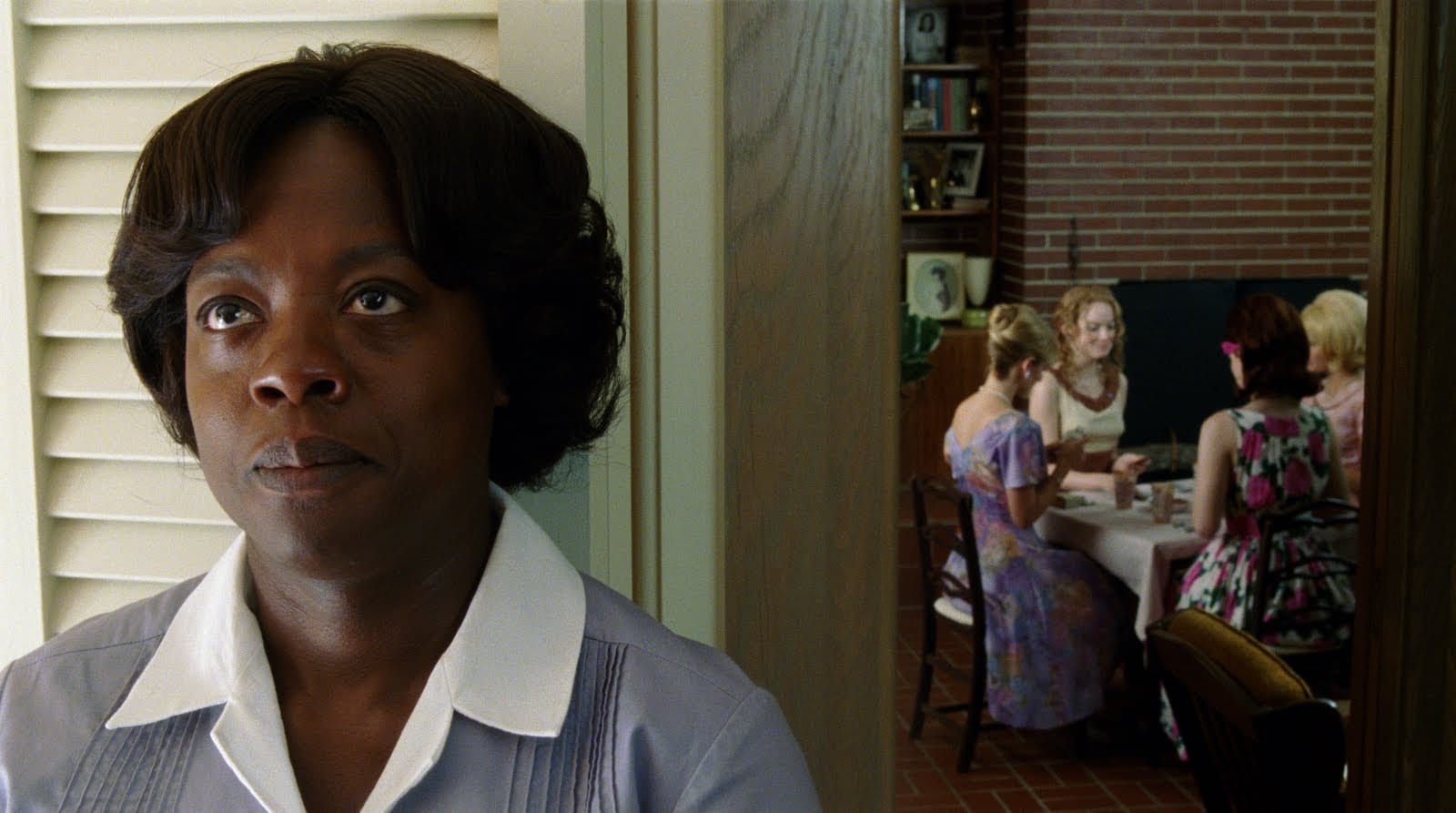 Despite its title, the film is not so much about the help — the black maids who kept many white Southern homes running before the civil rights movement gave them broader opportunities — as it is about the white women who employed and sometimes terrorized them.

The movie’s central character is a young white woman named Skeeter — a clear reference to Scout, Harper Lee’s earnest young heroine in To Kill a Mockingbird. Skeeter (played by a sometimes-flat Emma Stone) has just returned to Jackson from four years at the University of Mississippi. Rather than finding herself a good ol’ boy to marry, as all her friends have done, Skeeter gets a job writing a column about cleaning for the local newspaper. But, being a privileged white Southerner, she knows nothing about cleaning, so she asks Aibileen, the maid of her friend Elizabeth, to help. Of course, Aibileen (played with flawless grace by Viola Davis) gets no credit for the assistance she provides. Though Aibileen is the one answering readers’ questions, Skeeter, who is simply taking dictation, gets the credit, the byline and the paycheck. No one questions this in the movie: not Aibileen, of course, not Skeeter and — disturbingly — not the filmmakers.

Meanwhile, Skeeter becomes a little bothered by the bigotry she notices among her friends, particularly Hilly (played by Bryce Dallas Howard), who vehemently objects to her maid, Minny (Octavia Spencer), using the toilet that she cleans because it’s the same toilet that the white folks use. But here’s the thing: Skeeter is only a little bothered by this kind of behavior in Hilly and others in her social circle. She’s not bothered enough to strenuously confront them about their racism or to end the friendships.

And why should she be? Remember, she has recently graduated from Ole Miss — still lily-white in the early 1960s, when the movie takes place — not NYU or someplace where she might have encountered more progressive racial attitudes or (gasp!) some actual black students. Eventually, though, Skeeter, who wants to become “a serious writer,” is moved by her ambition — not by any extraordinary love of black people — to write a book about the help, about what it’s like to be a black servant in a white home.

We get the sense that Skeeter sees a good story here because it’s never been told, but not that she wants to change race relations in the South. Sure, she’s upset that her maid, Constantine (Cicely Tyson), who has worked for her family for 29 years, is not there when she returns from college, and that her own mother (Allison Janney, in the most complex performance of any white actor in the film) is evasive about what happened. But Skeeter never questions the system itself. She is no civil rights pioneer; she just wants to write a good book. 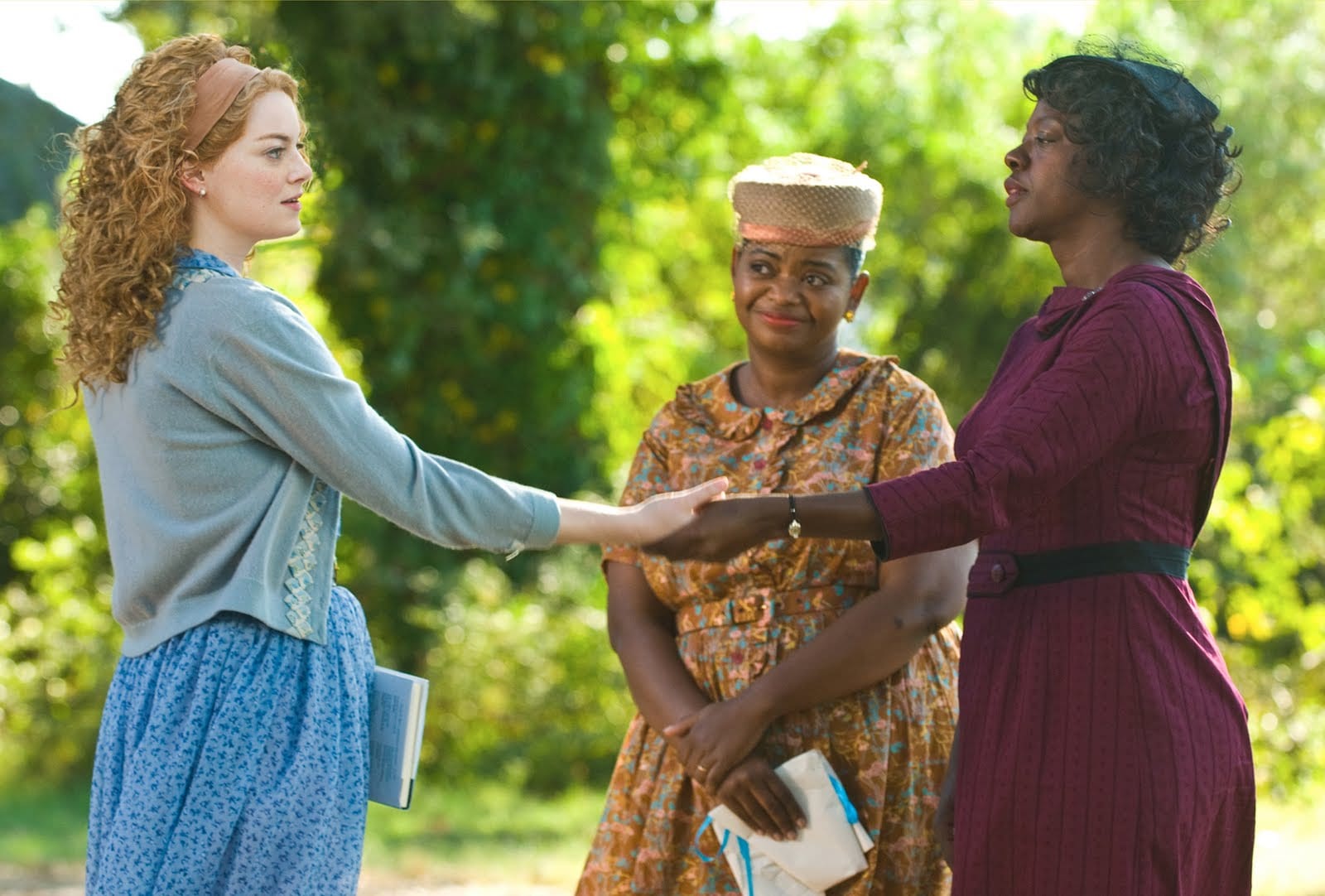 Again she enlists Aibileen’s help: Skeeter wants to interview Aibileen, Minny and a dozen other maids so she can write her book from their perspective. Inexplicably, the maids consent to the interviews, the book is written, the black women are given voice, the white women of Jackson are scandalized, Skeeter gets a big editing job in New York and everyone lives happily ever after. Oh, except that Aibileen is fired and all the other maids experience untold repercussions and humiliations — untold because the movie doesn’t tell them.

In fact, the film ends on a falsely uplifting note, with Aibileen claiming to feel liberated after being fired while Skeeter plans to go shopping with her mother for a new wardrobe before starting her big new job in New York. Aibileen is now an unemployed maid, Skeeter is moving forward in her life of white privilege — and the filmmakers expect viewers to feel good about this.

The problem is, many white viewers will.

Director and screenwriter Tate Taylor, a white Mississippian, presents his white characters in such stark, simplistic terms that white viewers will naturally identify with Skeeter, whom the director wants us to see as heroic, despite what more politically conscious viewers will see as her exploitation of Aibileen’s ideas and words. Those well-meaning white moviegoers also will find it easy to distance themselves from Hilly, a society girl whose racism is so cartoonish that it becomes laughable rather than alarming. No contemporary filmgoer will see herself in a walking stereotype like Hilly. Of course I’m not like that, white viewers will say.

We also can laugh at Hilly because the film presents her as a cranky bitch who’s mean to black people, yes, but pretty bossy and unkind to her white friends as well. She is just a mean girl, rather than a powerful bigot whose behavior is linked to, and grows out of, a centuries-old system of racial discrimination and brutality. There’s a chilling scene, for example, of Aibileen, Minny and others crowded in front of the radio in Minny’s shack listening to news reports of the murder of Mississippi civil-rights activist Medgar Evers, who was gunned down in front of his children in 1963. But the movie never links his assassins’ behavior to the relatively benign, comedic behavior of Hilly and her ilk.

In fact, The Help’s focus on women leaves white men blameless for any of Mississippi’s ills. White male bigots have been terrorizing black people in the South for generations; the most recent example is the revolting story of a mob of white teenagers caught on video beating and killing a black man for sport. This happened in, of all places, Jackson, Mississippi — in 2011, in the so-called “post-racial” era. Any casual student of American history knows that such incidents were commonplace throughout the South in the early 1960s.

But the movie relegates Jackson’s white men to the background, never linking any of its affable husbands to such menacing and well-documented behavior. We never see a white male character donning a Klansman’s robe, for example, or making unwanted sexual advances (or worse) toward a black maid. Scenes like that would have been too heavy for the film’s persistently sunny message, which is that black women and white women, even in 1963, can come together and form unlikely sisterhoods that will help them all, and that they can share a lot of laughter and good times in the process.

Early on in The Help, we hear the maids complain that they’ve spent decades raising little white girls who grow up to become racists, just like their mothers. But this doesn’t stop Aibileen from unambiguously loving the little white girl for whom she’s paid to care. The kind of ambiguity and complexity that a woman like Aibileen would have felt for that white child is too much for the filmmakers to handle, so they whitewash it, along with everything else in the movie. 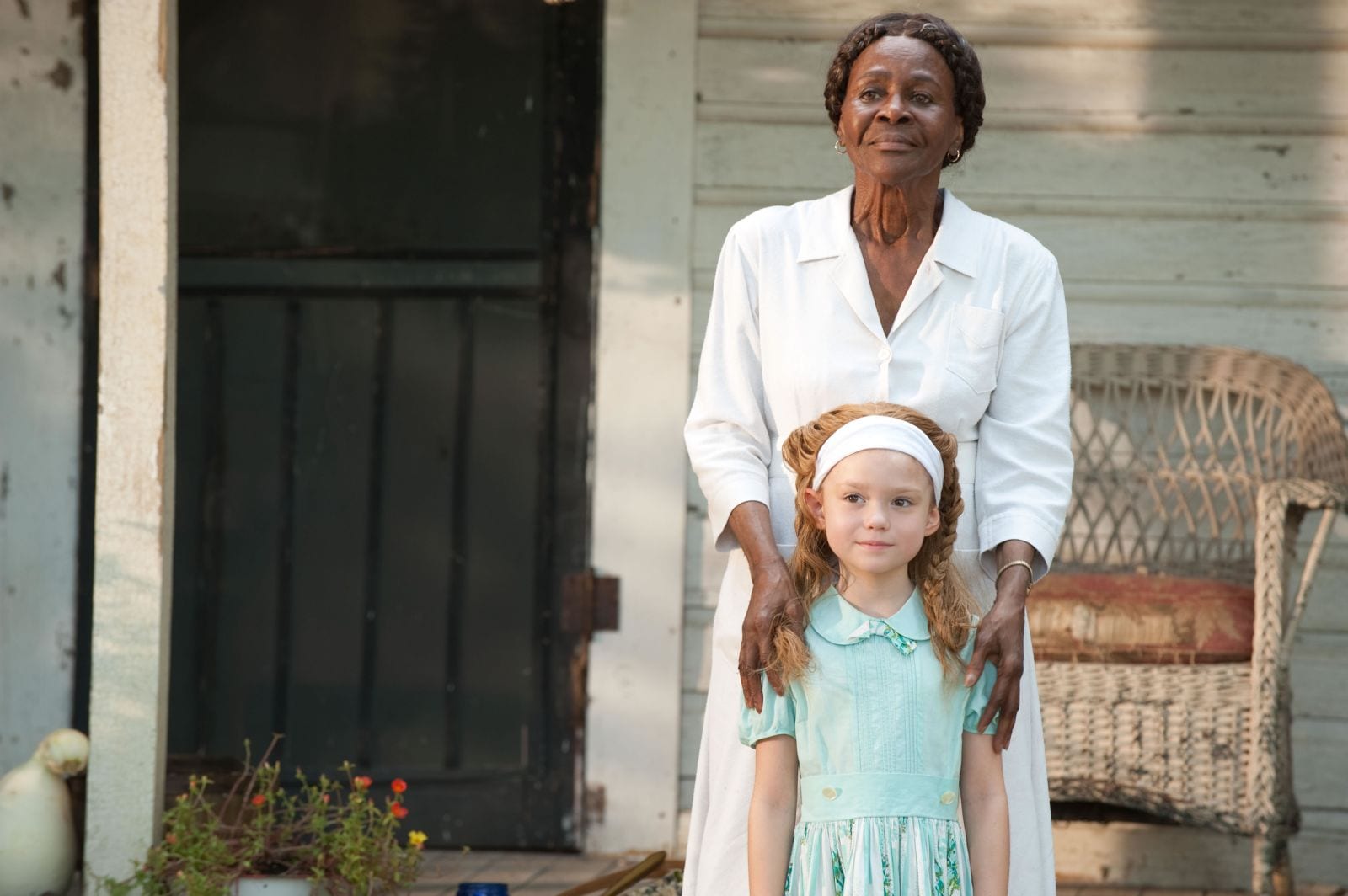 The film’s most glaring flaw, however, is its very premise: that the black maids would trust Skeeter with their stories, and that she would have the ability, despite her privileged upbringing, to give them voice.

Even today, it is extraordinarily difficult, if not impossible, for African Americans to talk honestly with white people about race and racism — because, put simply, most white people can’t handle the truth. Therefore, it is utterly unbelievable that black maids in Mississippi in the early ‘60s would talk honestly about race to a white woman half their age who they must still  call “Miss Skeeter.” The filmmakers reveal nothing about Skeeter that would make her any more trustworthy than any of the other white women in the film. Her own mother fires the elderly Constantine after 29 years of service, just to impress some of her female peers. All the black women in the community know this. Why would they trust Skeeter to be any different from her mother? The Help is a fictional movie because it’s fiction; it never happened — and never would.

The filmmakers might argue that the maids need Skeeter to tell their story, that there’s no way they could write the book themselves. But the movie portrays Aibileen as a writer. She’s been writing her prayers and hopes and dreams in her journal long before Skeeter approaches her about a book. She even writes down her maid stories and reads them to Skeeter to copy. Rather than collaborate with this plagiarism, why doesn’t Aibileen just write the book herself? Or why doesn’t she ask for help from Rachel, Constantine’s educated, briefly seen daughter, or other young, educated black people who are referred to, but not fully seen, in the film?

Much of the movie takes place in 1963 — two years after Charlayne Hunter, the future journalist, had integrated the University of Georgia. Gwendolyn Brooks had won the Pulitzer Prize for poetry way back in 1950, Lorraine Hansberry had received wide acclaim for her 1959 play (and 1961 movie) A Raisin in the Sun and Zora Neale Hurston had published seven books, mostly about black Southern life. Surely an aspiring writer such as Aibileen would have known of these people (she could have read about any of these achievements in The Atlanta Daily World, The Chicago Defender or Jet magazine) and understood that being a black woman writer was not impossible. But the filmmakers keep Aibileen ignorant of these facts, and they bank on their audience’s ignorance as well.

Like the novel on which it’s based, the movie adaptation of The Help will likely be a huge hit with white audiences. But for black viewers it is condescending and frequently insulting, despite admirable performances by Davis and Spencer, who bring a measure of complexity — actual flesh and blood — to the characters of Aibileen and Minny. It speaks volumes about the ongoing racial chasm in this country that a feel-good movie for white people will leave many black filmgoers feeling sad — and pessimistic that America can ever become anything more than “a nation of cowards.”