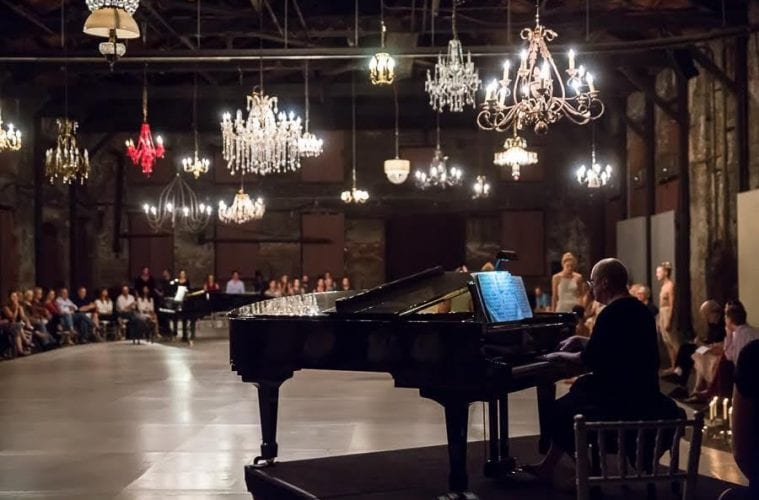 Robert Spano is best known as music director and conductor of the Atlanta Symphony Orchestra, but he has also gained an increased reputation recently as composer and pianist. Several weeks ago, ASO Media released a new CD featuring music composed and performed by Spano: a cycle of three songs entitled “Hölderlin-Lieder” and the piano sonata “Four Elements.”

As the name implies, “Hölderlin-Lieder” are settings of poems by the esteemed German lyric poet Friedrich Hölderlin, a major personality in the closely linked movements of German romanticism and German idealism. Spano here sets three of Hölderlin’s poems for soprano and piano. Jessica Rivera, a long-time collaborator with Spano, is the featured singer, with Spano himself as pianist.

The song cycle wastes no time with the opening of the first and briefest of the three songs, “Lebenslauf” (“The Course of Life”).  Rather than a long instrumental introduction, it begins with a swift arpeggiated flourish in the piano, just enough for an up-breath, and then Rivera’s golden voice enters boldly on the phrase, “Hoch auf strebte mein Geist” (“High up my spirit aspired”). She drops down to a more contemplative feeling in the middle, where a piano interlude intervenes. By the end, the mood has quickly built back to the intensity at which it began, and the song concludes its emotional arc after a mere two minutes. In many ways it feels like it ought to be the conclusion of a much longer song, but it is also complete in itself. 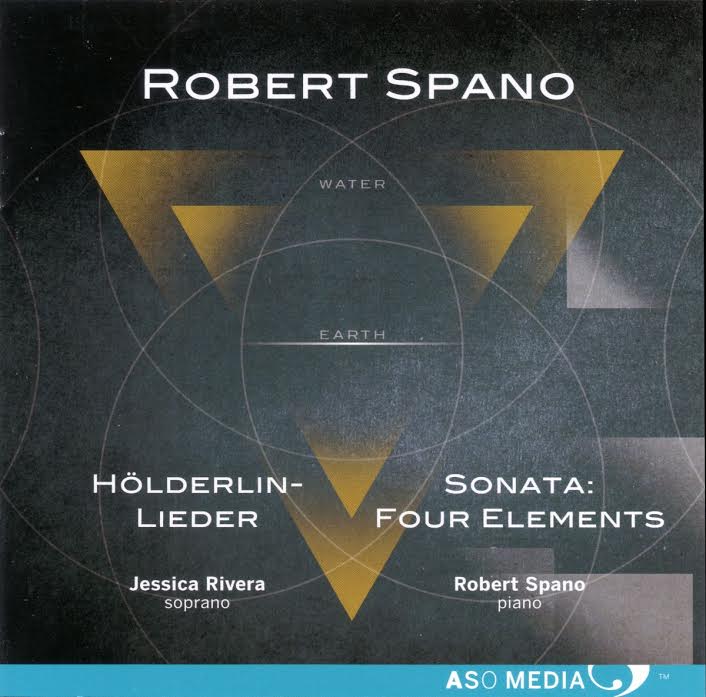 The second song, “Sokrates und Alcibiades” (“Socrates and Alcibiades”) is not quite half again as long. It ponders the beauty of youth and love, and how “in the end, the wise will often bow to the beautiful.” At nearly eight minutes, the final song “An die Parzen” (“To the Fates”) is considerably longer than the other two combined. It passionately sings of the soul in a life fully lived, without regret for the silence of death which must eventually come, and ends with a calm feeling of contentment.

For the balance of the CD, Spano is solo pianist for his “Sonata: Four Elements” — inspired by the four classical “elements” of Western antiquity, thus the titles of the four movements: “earth songs,” “air born,” under water” and “on fire.”

This sonata is the formalized, concert version of music Spano had most recently provided for cloth{field} – a collaboration with choreographer Lauri Stallings, performed last September. Needless to say, for that event the sequence of musical passages was juggled around a bit. In this CD, we get to hear that music in its purely musical construct, the form in which Spano has played it in recital, including last summer at the Aspen Music Festival.

The sonics of the CD are excellent, and the presence of both Rivera and Spano well-suited. It is a fine presentation of both Rivera’s voice and Spano’s collaborative capabilities at the piano, as well as his insight into his skills as a composer.

Robert Henry: As the Songbird Sings: Music of Schubert and Brahms

Pianist Robert Henry, freshly promoted from artist-in-residence at Kennesaw State University’s School of Music to director of piano studies, has recently released his second solo CD on the MUUZ label, entitled As the Songbird Sings: Music of Schubert and Brahms — “recently” meaning late 2016, although word of the CD itself is still in the process of getting around.

Despite the album’s title, it opens with a transcription for solo piano by Franz Liszt of a song by Eduard Lassen, “Löse Himmel, meine Seele,” an art song setting of a poem by Peter Cornelius. Lassen spent most of his adult career as music director of the court in Weimar, Germany, where Liszt also resided for nearly two decades. Almost forgotten today, Lassen’s music was popular in the late 19th century, his art songs in particular — certainly enough for Liszt to make several solo piano transcriptions from his works. 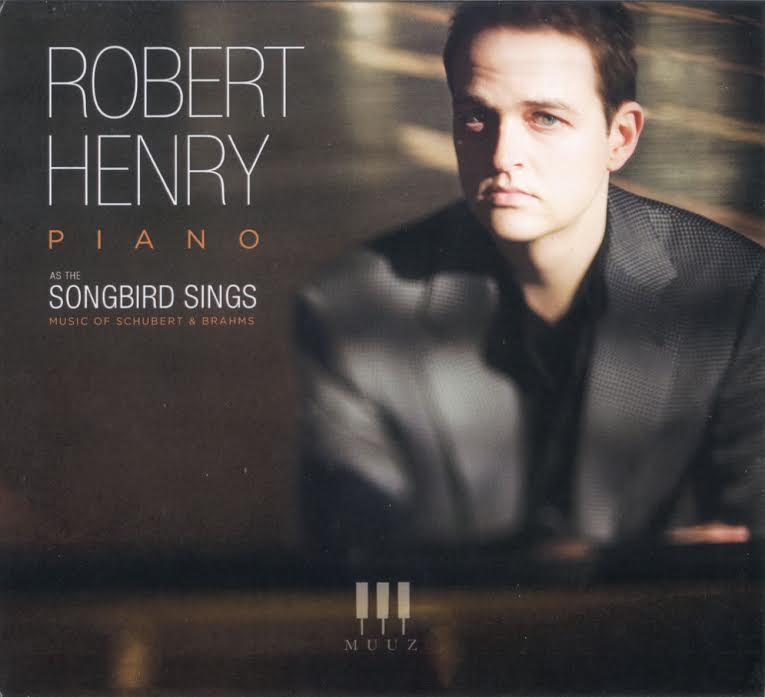 The song is not an entirely out-of-place choice, given that in the middle of the disc Henry includes the world premiere recording of a work based on one of Brahms’ most famous tunes: “Cradle Song: Improvisation on the Wiegenlied,” Op. 141, by Franz Bendel. Bendel was a student of Liszt for five years in Weimar.

Henry follows that track with another work posited as a world-premiere recording, Brahms’ “Albumblatt in A minor,” a previously unknown piece until it was discovered in 2011 by the Doyle auction house of New York City within the “Album Amicorum of Arnold Wehner,” which contains musical contributions and quotations from various composers and musicians of the era.

There does exist some controversy surrounding audio premieres of both these works. Without going into the extensive details, suffice it to say that Henry has good cause for claim to the first commercially released audio recordings of each.

World premieres, whether live or as recordings, are certainly a badge of honor and desirable marketing point, but what’s more important is that Henry has produced a pair of fine, insightful recordings of these two rarer works — both the minor masterpiece that is Brahms’ beautifully rendered “Albumblatt” and the somewhat lesser work, the “Improvisation” by Bendel, to which Henry still gives a best-case polish.

The majority of the disc, however, is devoted to some well-worn, often-recorded works: Johannes Brahms’ “Six Pieces for Piano,” Op. 118, and Franz Schubert’s “Four Impromptus,” Op. 90 (D. 899). They are a somewhat mixed bag, interpretatively, although Henry’s capacity of voicing and lyricism stand out in a majority of those particular tracks. I find the Schubert “Impromptus” overall stronger and more convincing than the six Brahms pieces, but the latter have their high points.

Overall, Henry has a depth and breadth of color in his playing that is somewhat assisted by the more open “concert hall” sonic of Morgan Hall, at KSU, where the album was recorded. Joseph Greenway is credited as the audio engineer, with mastering by Mike Haynes, but it is also worth noting that Henry is credited with the album’s editing himself.