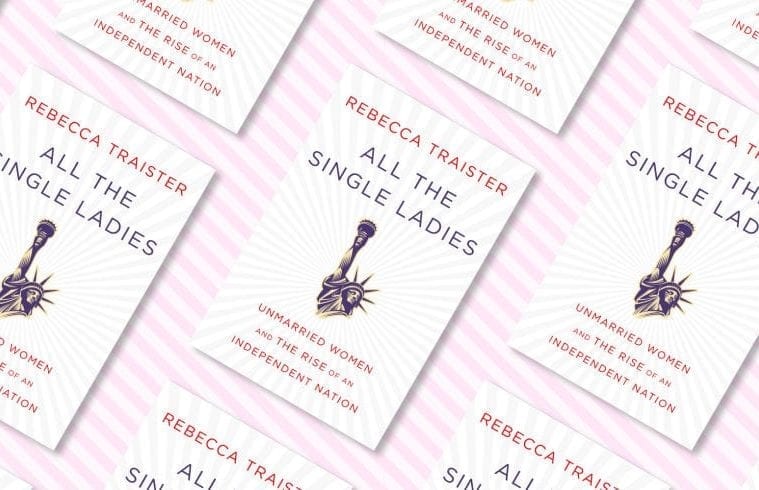 Review: Rebecca Traister’s “All the Single Ladies” is a validation of feminine history, thought and experience

“Yes, I deserve a spring—I owe nobody nothing.”

Someone on Facebook says, “Women just hate each other. It’s biological.”

A Georgia boy chews tobacco on the plane and argues harshly with the flight attendant about putting his seat tray up during takeoff. “Bitch,” I hear him mutter. Later, at baggage claim, he kisses his girlfriend.

A writer at a party tells us there isn’t enough “pussy” in his novel told from the perspective of a young woman. “I hope you’re not offended,” he says only to me and not to my long-time partner and recent husband, who is equally insulted though maybe the comment doesn’t rub quite as deeply against a boiling forest of scar tissue.

Sometimes I cry when I feel men say these things. Sometimes I pity them in their blatant inability to see all the bodies around them. Sometimes I snap back at them, “Every person should be offended by a comment like that.”

Sometimes I think of the book I’m reading. The book I’m reading, Rebecca Traister’s All the Single Ladies, coincidentally sits on the table at the party with a bouquet of yellow Post-it notes spilling over its edges. 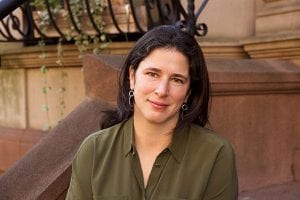 Rebecca Traister’s All the Single Ladies thoughtfully traces and parses out the multitudinous life of (primarily heterosexual, cis) single women throughout America’s young, troubled past. What brought us to this contemporary point in which many women don’t choose to marry or delay having children or a downright plethora of in-betweens? Have we arrived to a point in which women wield more societal power than ever? What is collective about that power? What isn’t? What about this power precedes us?

The history of women is soaked in darkness, in wounds, in confusion, in questions. The idea of women deeply examining and speaking something closer to their true history, or rather, their lived history, their mother’s or grandmother’s lived history, the lived histories they intimately share with friends, is new and perhaps frail, though, in this sense, that word has nothing to do with “weakness.”

What I mean is a blossom still smoking in the morning light, the energy of emergence or survival.

“As the millennium dawned,” Traister explains, “it was impossible to watch out for all the women who were coming to change America.”

All the Single Ladies begins by examining the particular period most US readers associate with the birth or the rocket launch of feminism in the 1960s to the present: the rise of Gloria Steinem, the flames of second and third wave feminism fanning and critiquing each other, women nodding along to Anita Hill’s testimony of sexual harassment, a bold swell of “sluts,” “Welfare Queens,” “prostitutes,” female voters, single mothers, women trying to secure contraception, women with educations, women with careers. We look at this time as the point where women suddenly woke up. The rigid 1950s were ground into a fine, Wonder Bread dust. What rose from this ash? A body that thought it might now speak. It’s a familiar space for many of us now and a purposeful place to begin for Traister. It allows both the newly arrived person and the seasoned or burgeoning feminist to begin to consider the narrative they know and what richness could be added to it.

Traister sets a generous precedent in the earliest pages of the book that follows and shapes the entirety of its strategy. Traister consistently pushes the reader to consider any category or shade of female life or history more expansively. For example, it is immediately clear that straight, middle-class white women are not at the center of any account of female progress or female marginalization. She criticizes Betty Friedan, the author of second wave classic The Feminine Mystique, for not only ignoring black women (and queer women), but for erasing black women’s contributions to rethinking female life in society.

Friedan also didn’t consider the population of American women who were already altering marriage patterns, who had in recent years been marrying at declining rates and at later ages, who had been working outside the home for longer than that, supporting themselves and sometimes their children, both alongside, and independent of, their husbands. Friedan did not include black women in her vision.

Similarly, Traister asks us to consider the female life that came before us, to consider that the autonomy we insist on now isn’t necessarily unprecedented or without complicated origin. “To trace [single women’s] difficult paths through the history of the United States,” she writes, “is to recognize challenges and resistance to single female life that will be uncannily familiar to today’s single women.”

Rather than “correct” women, or make them feel as though there are “dues” to pay, Traister aims to enable women via uncovering, via telling them simply what’s there in their own undocumented histories. The book delves into such topics as early women’ education, women’s (black, white and immigrant) instrumental role in the labor and abolition movements and the varied, difficult correspondences that took place between members of the Suffragette Movement. She also does much work to undermine easy assumptions regarding feminine progress by discussing how male-centered historical events, such as the Civil War, came to become events through which women palpably explored lives that were not dependent on men.

In each examination of these different moments, Traister places great emphasis women joining together in acts of friendship and partnership that manifested in intellectual commune and an approach to each other’s differences and choices rooted in love and duration. Such insistences on the part of women, Traister says, changed America.

Powerful white men, on the other hand, approached the rise of diverse, expanding female life before and up to World War I with much fear. So much fear, in fact, says All the Single Ladies,  that much of this backlash seems to have a visible stake in today’s strain of misogyny and racism.

President Teddy Roosevelt publicly fretted that the decline of white women marrying and staying home with children was “race suicide.” Such sentiments pervade today’s abortion discussion around white women while also openly attempting to manipulate black women into thinking their choice to have an abortion is the reason black communities suffer. The Miss America pageant, Traister explains, paraphrasing Kimberly Hamlin, is in actuality a subversion of Suffragette rallies, where sashes we now associate with beauty contestants were prevalent. “[Unmarried] women showed off their decidedly apolitical attributes in competition against, as opposed to collaboration with, each other.” And of course, Traister emphasizes the 1950s as an era where an effort to aggressively, capitalistically push women back into the heavily policed confines of traditional marriage and household.

White flight and the suburbanization of the white middle class isolated white women and worked very hard to cut out women and workers of color. Donald Trump’s favorite era to get vaguely nostalgic about undid, in the most airless way possible, any beginnings of intersectional efforts towards national equality. Such analysis doesn’t excuse white feminists from relying on white supremacy to heavily and sometimes solely benefit from progress. However, it does much to explain why an array of women and racial activists have urgently burst into the contemporary moment.

Despite the emphasis this review has placed on a particular kind of chronological or historical examination on Traister’s part, talking about the experience of reading All the Single Ladies also depends on discussing how the book sidesteps linear analysis and delusions of objectivity. The book’s chapters are arranged thematically rather than by how a particular time period isolates narratives of female life. Individual sections touch on, for example, the single woman’s relationship to solitude, the single woman’s relationship to U.S. cities and friendships between women. It’s an innovative way to embody the book’s emphasis on connections and transmissions between generations of women rather than allowing them to be pitted against each other. “The story of women in America,” Traister states, “has moved slowly and sometimes circularly, but largely in one direction: toward more freedom to participate in public, professional, and intellectual life.” Approaching this book through a claim like this also allows for variance and individual choice regarding any given issue to surface and breathe through the very particular lives of the women discussed.

To further emphasize this, the book also contains interstitial excerpts from interviews with women, including Anita Hill, Dodai Stewart, Aminatou Sow and Ann Friedman (of the Call Your Girlfriend podcast). Traister speaks with great intimacy to and about her best friend Sara. Ada Li speaks about her life, but also discusses her mother’s powerful transformation upon moving to the United States from China without her husband. Two women with very different lives, Letisha and Pamela, speak about being single mothers. The interviewees speak seriously and candidly about their experiences, resenting bridal showers, getting BAs or PhDs and Sex and the City.

What registers quickly is that Traister wanted an array of women to participate and for their differences, in race, class and in choices, to arise organically and without suggesting any life is the correct female life. This isn’t a book that pretends to know all women, but it is a book which insists that all readers recognize a history and a future of women demanding to be recognized as people. Incredibly, brief biographies of each woman interviewed appears at the end of the book as a way to update the reader on what has happened for each of them since talking to Traister. Perhaps even more radically, the evolving trajectory of these particular lives is preceded by a brief appendix that lays out exactly what kind of political policy has to occur in the United States for women’s lives to continue to move forward safely and stably.

It struck me about halfway through the writing of this review of All the Single Ladies that I was writing with an unquestioned we in mind, though I am no longer, at 29, a “single woman.” It’s a testament to Traister’s writing that a reader can touch and move with that palpable we while still feeling very tied to the specifics of what their decisions have been or may be. The title isn’t about insisting a woman (or a man) is either this or that. It’s an important thing to feel after reading and encourages a reader to accept topics like marriage and gender to be continuously evolving, to be full of a richness this book gently begins to unravel. I’m not straight, but I married a man. I started our discussion of marriage. We got married in a courthouse. I didn’t take his last name. We have lived apart and we have lived together. We love each other. We love ourselves. All the Single Ladies makes ever-expanding space for us to tell our stories, for us to hear the stories of those around us.