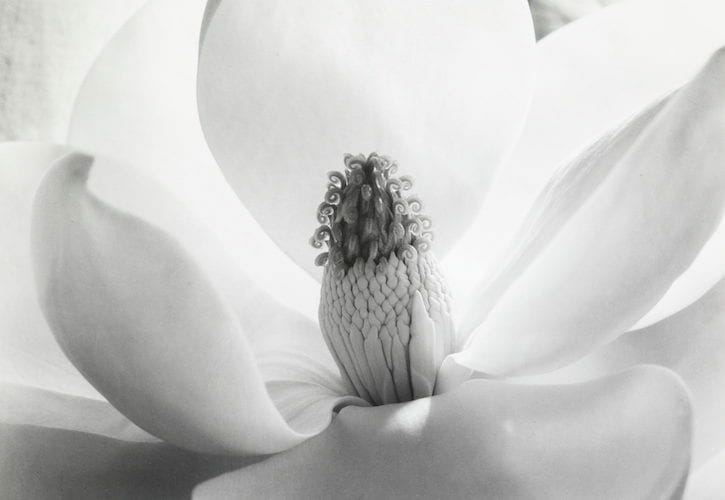 In 1863, Julie Margaret Cameron became lonely and depressed. She visited her daughter and son-in-law, who presented her with a large wooden camera and darkroom equipment, hoping to lift her mood. “It would amuse you, Mother, to try photography,” they added.

At age 48, Cameron taught herself photography and, a year later, began exhibiting her work. While her soft-focus style was controversial then, her portraits — mostly featuring women — are acclaimed to this day.

Not many female photographers had the relative success and late fame of Cameron. It’s widely validated that women photographers have often been overlooked and under credited in art history.

This is what Underexposed: Women Photographers From the Collection, an exhibit on view through August 1 at the High Museum of Art, tries to correct. It showcases more than 100 images and is framed as an opportunity to “pay homage to the work of women who have pioneered and championed the art of photography.” It often resonates like an enlightening perspective on the life and struggle for visibility and equality by women photographers. 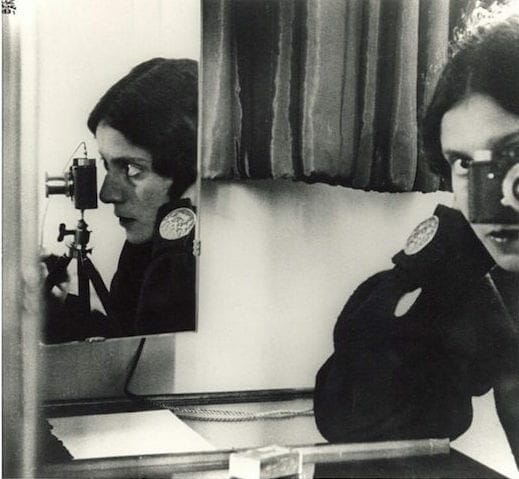 The fact that 40 percent of the show’s images have never been exhibited before — the High digitalized its collection in 2000 — is telling (an asterisk in accompanying texts denotes images on view for the first time). High curator Sarah Kennel acknowledges taking “a deep dive” to unearth forgotten names.

This is the most fascinating part of the first half of the exhibit, which features work from the 1920s through the 1950s as well as women who experimented with the medium. In Pioneers to Professionals, well-known practitioners in the ranks of Ilse Bing, Margaret Bourke-White, Imogen Cunningham and Dorothea Lange mingle with such lesser-known artists as Edith DeLong, whose name was not even in the High’s database last year. According to the wall text: “The print had been discredited, attributed to her husband and misspelled.”

Other photographers here lived for a long time in the shadows of prestigious male artists. Such is the case with Dorothy Norman, whose work has been relegated to the sidelines “as she is better known for her affair with her mentor, photographer Alfred Stieglitz.” For French photographer Dora Maar, it was a romantic relationship with Pablo Picasso. 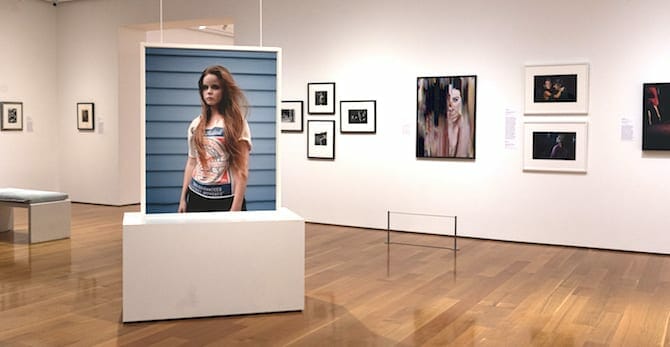 “Everyone who woke up at the yellow house” (foreground, 2016) is a double-sided print of the same woman. Atlanta artist Jill Frank, who teaches at Georgia State, created them after an Athens house party. (Photo by Virginie Kippelen)

Underexposed Women provides an underlying narrative that there was “an emerging network of women photographers” developing in the 1930s and afterward, known as the time of the “New Woman.” Yet it’s difficult to pinpoint how and if these women were truly supported by a network, in the spirit of today’s emerging collectives of women photographers. If there was one, the exhibit doesn’t provide clues to find it.

In a section titled Experimenters, work made in the 1970s and 1980s by such artists as Barbara Kasten, Olivia Parker and Sheila Pinkel juxtapose contemporary artists who work with large prints, such as Meghann Riepenhoff and Elizabeth Turk. Experimentation, in other words, is nothing new and will keep reinventing the medium, often by revisiting alternative processes and antiquated equipment.

In Deconstructing the Domestic, our attention is drawn to how female photographers deconstruct ideas around domesticity and feminine ideals. The section is thematically less convincing. Angela West’s study of her father with a gun or Sheila Pree Bright’s take on the representation of African Americans’ houses in her Suburbia series happen in domestic spaces but refer to the notion of domesticity only obliquely.

More interesting is the way other female photographers have used the house as a set, turning the domestic into a terrain of experimentation. Such is the case with Jan Groover who used the kitchen sink to construct an unexpected representation of reality and transform our expectations. Or Paula Chamlee with Nude Collage, who created the work by piecing together xeroxed images of her body that her husband, the late photographer Michael A. Smith, took and that did not fit into the copy machine. 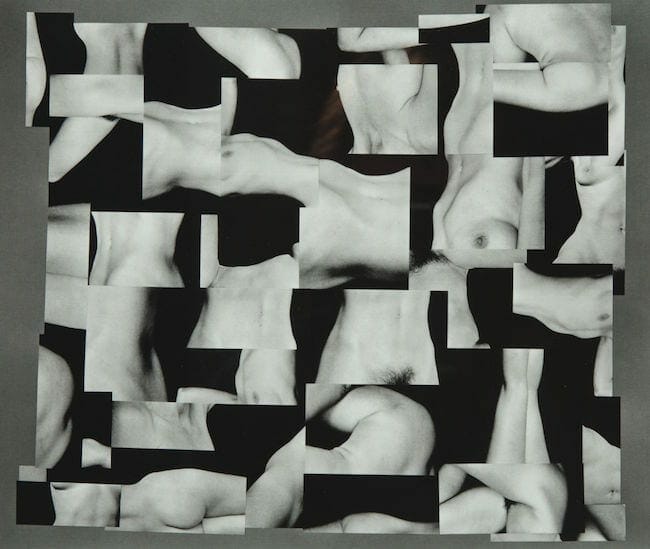 The section titled Women Looking at Women asks us to ponder whether there’s “a female gaze.” British film theorist Laura Mulvey coined the term in 1975 in response to the “male gaze” and in reaction to the objectivization of women through the lens of mostly male visual artists, most notably in Hollywood. The term is imbued with social feminist theories and, at times, controversial. Yet, in the era of #MeToo, it has become somewhat ubiquitous.

Underexposed Women takes a sensitive approach to the question, by suggesting viewers think more in terms of how the conditions of making a work — “including the gender identity of artist and subject” — shape and condition what you see. This is true for work in the realm of photojournalist Kael Alford, who acknowledges that being a woman gave her access to situations in the Middle East where men would have not been allowed. But for other photographers, like Cindy Sherman or Nan Goldin, whose portraiture questions identity and debunks female stereotypes, the notion of gaze and its subversion is at the core of what they do.

The exhibit closes with a selection of portraits and self-portraits, broadly touching on notions of representation, gender and identity. It mixes a wide range of artists and styles, including work by Judy Dater, Zanele Muholi and Mickalene Thomas. The juxtaposition of so many artistic approaches and life trajectories at times leaves us overwhelmed and lost in finding a common thread even though every image is heavily contextualized.

As much as the effort to inform is laudable, it can become distracting and detrimental to the simple pleasure of looking at art, and as London-based artist and curator David Campany remarks, “Having a script to look at neutralizes the viewers because it abdicates them of the responsibility to think about the work critically.”

Whatever remains in the mind of viewers after they leave Underexposed Women, it’s worth noting that more representation of women’s perspectives contributes to a much more nuanced idea of women and, in the end, that’s what matters.